You've subscribed to Chosen King! We will preorder your items within 24 hours of when they become available. When new books are released, we'll charge your default payment method for the lowest price available during the pre-order period.
Update your device or payment method, cancel individual pre-orders or your subscription at
Your Memberships & Subscriptions
There was an error. We were unable to process your subscription due to an error. Please refresh and try again. 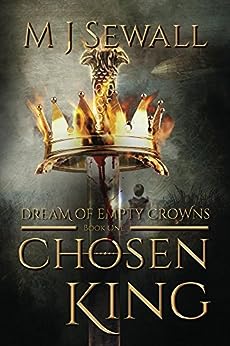 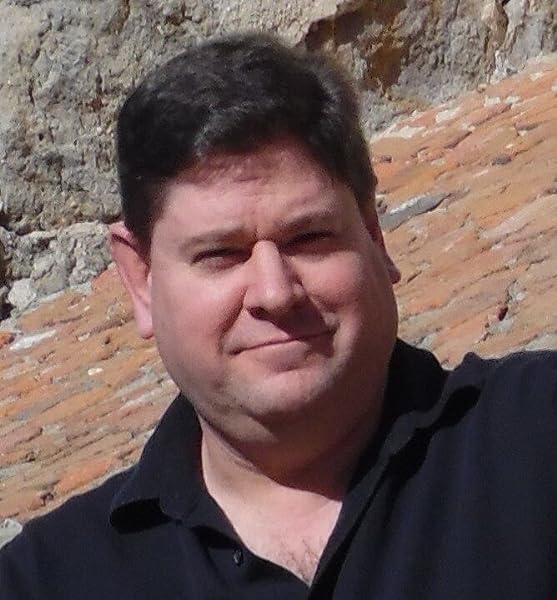 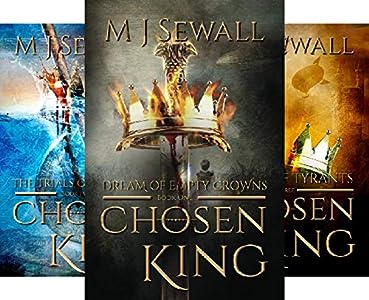 J.E. Johnson
4.0 out of 5 stars Solid First Book in what Looks to be a Wonderful New Middle Grade/YA Fantasy Adventure!
Reviewed in the United States on May 10, 2016
Verified Purchase
In the Kingdom of the Thirteen, a new monarch takes the crown not through inheritance, but through chance. Gordon and his friends are required to enter their names in the choosing, a lottery established to decide the next king or queen. Although they joke about what it might be like to be chosen king, and what they would do if it were to happen to them, they also know that with so many young men and women entering their names, there is no chance any of them will be chosen. When Gordon’s name is drawn from the tower and he becomes the new ruler of the Kingdom of the Thirteen, his preconceptions of the role of king and the way his world works are scattered to the wind.
Gordon soon learns that darker, more sinister forces and entities are at work behind the scenes and in order to preserve his life, he must flee the Kingdom of the Thirteen. With his uncle, a healer who has been keeping secrets from his nephew, and a fierce, young warrior named Aline, he sets out on a journey he never thought possible.
M J Sewall has done a wonderful job of setting the foundations for what I feel will be a great fantasy series for readers of all ages. Although geared toward a younger reading crowd (I would say ages twelve and older), this story will also appeal to the child in all of us. There is a charming cast of characters on both sides of what is considered good and evil, and we get some insight in to each of them. I found Gordon’s sweet blood illness a very unique twist as well (another challenge our young hero must overcome in his epic journey) and I especially liked Aline. Every Middle Grade/YA book should have both strong male and female characters and Aline definitely fulfills my personal requirements for a strong female character. Battle-trained and fearless, Aline valiantly protects her friends as they encounter one challenge after the another.
The light use of steampunk elements (the airships and some of the weapons) and the interesting creatures (the Jhalgon that attack the ships) also added depth to the world Sewall has created. My only complaint is I would have liked to learn more about each character and what drives them, but their stories do begin to unfold toward the end of the novel and I expect to learn even more in books two and three. Overall, a tale well told!
Read more
4 people found this helpful
Helpful
Report abuse

Sewall's greatest strength, absolutely, is writing political intrigue. There are a number of factions in this book, and each character has their own motivations and desires. The political struggles felt very REAL to me, and the drove the story.

I loved the villains. They certainly seemed larger than life: evil councillor ruling and corrupting the kingdom, almost superhuman general who you really fear, and so forth. Some of the good guys were also very memorable.

The plot moved quickly, and I love a book that MOVES. Where stuff happens. Twists and turns continue throughout this story; the action doesn't really slow down.

And it was unpredictable, something that I highly value. At times, I thought to myself, "Oh yeah, I can see where this is going," only to have the plot veer in a different direction. Good job on surprising me!

It's funny, but I think that the weaknesses in the plot are close mirrors of the strengths. The plot moves fast, but it almost moves SO fast that it seems unfocused. The unpredictability is a strength, but there's a certain way in which you want to have some glue to hold the plot together, be that attending Hogwarts (Harry Potter) or heading slowly for Mount Doom (LoTR).

The book ends a bit abruptly, so in order to get a full story, you'll have to read the next book (fortunately  now released (Trials of Boy Kings) ).

Oh, and remember how I loved the villains so much?

Unfortunately, the protagonist was a bit weak. He doesn't do a ton by the end of the first book.

So, if you love books where the villain is way more interesting than the hero, read this.

And though literary critics might blame M.J. for having the villain drive the plot, I enjoyed his villainnyness and just had fun with a good story.
Read more
3 people found this helpful
Helpful
Report abuse

Lourena Phillips
5.0 out of 5 stars A great start to a great story
Reviewed in the United States on August 15, 2019
Verified Purchase
At first I was thinking it was very strange. It started to make more sense and enjoyed the heck out of it. I want more.
Read more
Helpful
Report abuse

James
5.0 out of 5 stars This is a great book it is hard to put down
Reviewed in the United States on August 28, 2019
Verified Purchase
I like reading it
Read more
Helpful
Report abuse

CW
5.0 out of 5 stars An Epic!
Reviewed in the United States on August 27, 2015
Verified Purchase
Not my usual genre choice, but the amazing tale of intrigue and so many colorful characters kept me thoroughly engaged. Now I need Book 2 to feed my new addiction!
Read more
One person found this helpful
Helpful
Report abuse

Terri Jones
4.0 out of 5 stars Four Stars
Reviewed in the United States on August 8, 2015
Verified Purchase
Good storytelling, I'd like to know when the next installment is coming!
Read more
One person found this helpful
Helpful
Report abuse
See all reviews