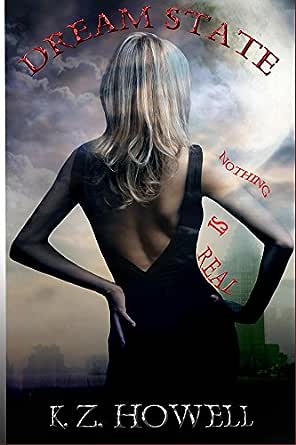 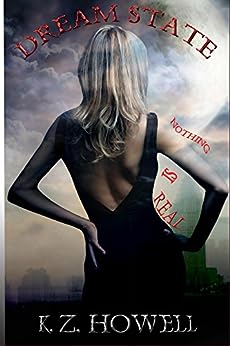 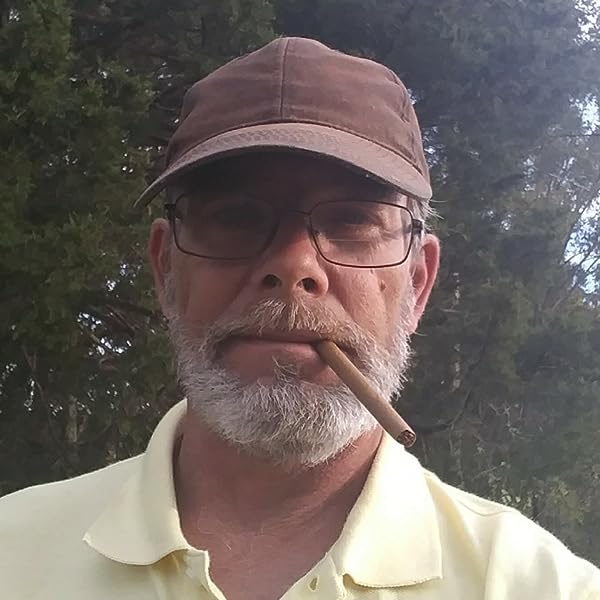 Travis B
5.0 out of 5 stars Dream State kept me on my tiptoes half of the time, crushing my chair’s armrests for the other half.
Reviewed in the United States on November 18, 2018
Verified Purchase
What can I say. Dreams, love ’em. That’s where it’s at! And K.Z. Howell does a fantastic job in detailing such an enthralling possibility. It’s obvious he knows what he’s talking about. Begin with four ‘lucid-dreaming’ friends involved in an attempt to recreate experiments long since terminated. Three of the four college students are found to be ‘special.’ They dive headlong into possibility while the fourth, Will, assists the professor. And the results of their experiments achieve wonders. Beyond expectations, the team manages to succeed in something potent, powerful, too powerful! So much so, it’s decided by the professor that this power should not be unleashed. If this landed in the wrong hands, any hands, the ramifications would be disastrous on a global scale. And reluctantly, Will, once excited by the possibilities, finally cedes. The professor is right, for what Will’s three friends can do while within the ‘Dream State,’ should not be sanctioned. So they scrap the program, life goes on, years pass.
And then ‘someone’ decides to resume the project. About halfway into K.Z.’s novel, after clever and colorful character development, an order is given. The four friends, having had remained in touch with one another, yet living in different parts of the country, face encroaching, ominous, you-run-your-butt-off consequences. The pace goes from a highly revved second gear, to pedal to the metal and through every other. By a seemingly sinister desire for power, ‘she’s’ back—and she must have power. THE POWER. But at what cost?
What follows is action scene after another after another. This is where Dream State excels. High octane, down-to-earth people with their extraordinary talents, meet with a clash that’ll send your jaw to the floor. I hadn’t expected what came next! Dream State is like two books in one, and while I can see things are set up well for a fiery, payback, world-altering sequel, this story has a bit of just about everything.
Daring escapes—with special insights no others have the capability to access—and murder, unexpected consequences and hiding out from the big-bad, stop-at-nothing NSA agents. Love made, loves lost, and steamy sexy hell—on mind-warping drugs. Payback unimaginable, torturous, so much so I even sided with her, the maleficent antagonist. It was bad…whoa! A roller coaster speeding up, rocket thrusters pushing it, with an ending that sends—as the author so describes it—a ball of ice straight into the gut!
Five stars because I love sci-fi action, and dreaming. I’ve studied lucid dreaming for over a decade and this story was right up my alley. An original, unexpected nightmare. This one kept me on my tiptoes half of the time, crushing my chair’s armrests for the other half.
Can they escape? Who will make it, who won’t? I won’t say—but you won’t guess! My favorite parts of K.Z. Howell’s Dream State came at about 50% in, and then after about 75% in things really kick in. Lucid-dreaming dynamo. Dream State is one unfortunate turn of events after another, a leg-chopping crash, blood-raining from the sky. An all-out dash for freedom. Will anyone survive this? I didn’t see it coming. And by the look on the new director’s face, he didn’t either!
Read more
One person found this helpful
Helpful
Comment Report abuse

Bri
5.0 out of 5 stars I could not stop reading.
Reviewed in the United States on August 11, 2018
Verified Purchase
I honestly did not expect this book to be as good as it was. First, I downloaded the sample to give it a try. The beginning was slow moving, but there was something there that kept me reading. When the sample ran out I had to get the entire book. The story builds, each chapter on the next. The suspense and thrill also build systematically. The story roped me in and kept me reading until the end. I finished at one a.m. and am totally satisfied with the story and the ending. I enjoyed the author's writing style and his imagination as portrayed in Dream State. All I can say is, in this story, everyone is at risk. I was going to give four stars because it took me some time to adjust to the some of the missing punctuation. In the end, I could not do it. The story was just too good and warranted all five stars. I highly recommend this book to readers who like a good story with a lot of action written by an author who definitely knows how to tell a story.
Read more
One person found this helpful
Helpful
Comment Report abuse

Veronica
5.0 out of 5 stars Twists and turns throughout, a page turner!
Reviewed in the United States on December 3, 2018
Verified Purchase
Author K.Z. Howell takes you on a thrilling, suspense filled tale that makes you question whether or not you want to dream again! The premise to utilize and develop the dream methodology of Edgar Cayce had me intrigued from the start. Suspense builds as Professor Bench and his team's research reaches new levels in the Dream State---but is it a power that should be known and expanded, or stay hidden for the greater good? Years pass, and a former research associate, Dr. Kendra Mills, now with the NSA, decides to expand the concepts using any means necessary--including the capture of the original research team to use for her nefarious research. Lots of suspenseful thrills and chills until the very end. A great read!
Read more
One person found this helpful
Helpful
Comment Report abuse

It is obvious that Howell has done extensive research into the annals of dreams. The novel is full of suspense, especially the second half of the tale. The concept of dream manipulation is interesting and no doubt that aspect would be of significance in the field of national security, terrorism and extensions of crimes in general. I hope that the author will explore this further in a follow up and I will wait and see. The only thing that I wanted to see more of was character development, a more in depth view of some of who these people were. Their hopes, dreams, fears. Overall a very enjoyable read.
Read more
One person found this helpful
Helpful
Comment Report abuse

📖Let's Review📖
4.0 out of 5 stars Interesting concept
Reviewed in the United States on January 2, 2018
This book seems to have a lot of technical jargon in it, so the author must have done a lot of research on sleep. The idea of being able to travel to someone else's mind during sleep is interesting, or plant thoughts. Jen and Kathryn, with the help of Benji could do that, plus see some future events all while dreaming. Then of course some person sees this as a way to gain power or do evil and they get a job with government! Then this group of friends become hunted by NSA and there lives get turned upside down. Well written, with an interesting concept.
Read more
One person found this helpful
Helpful
Comment Report abuse
See all reviews

HM Holten
4.0 out of 5 stars A New-Age Fantasy
Reviewed in Germany on November 1, 2019
Verified Purchase
Can dreams influence reality?
Murder, mind-warping drugs, clearheaded dreams, sex as a power game. Thriller or horror or both?
Edgar Cayce, the mystic and clairvoyant, features as the premise for this extraordinary tale.
Dream State draws on sleep experiments and lucid dreaming. In this connection, it may be important to remember that ordinary humans only use a fraction of their brains. This is a thoughtful analysis of the possibilities and dangers of experimenting with extraordinary minds. Recommended
Read more
Report abuse
See all reviews