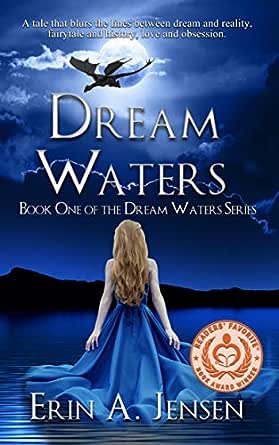 You've subscribed to Dream Waters! We will preorder your items within 24 hours of when they become available. When new books are released, we'll charge your default payment method for the lowest price available during the pre-order period.
Update your device or payment method, cancel individual pre-orders or your subscription at
Your Memberships & Subscriptions
There was an error. We were unable to process your subscription due to an error. Please refresh and try again. 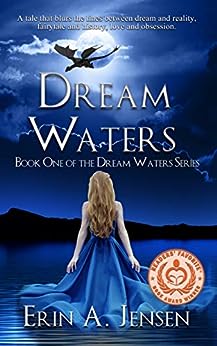 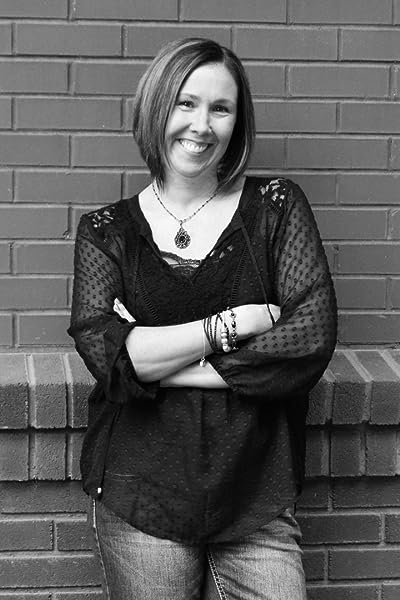 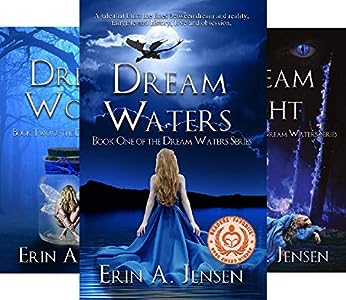 Dream Waters is a breath of fresh air in the urban fantasy genre. It artfully blends reality and dreams into a waking daydream, one that lulls readers in. Like the Waters used to travel between the worlds, Dream Waters carries readers to strange realms but remains grounded in harsh reality. Delightful and tense, this is a fantastic start to a new series. - San Francisco Book Review

Dream Waters will draw you in, and swirl you around in a whirlpool of desire, fantastical beasts, and forever friendships. I cannot wait for the next book in this series. It really is one of those books that you do not want to put down, and once you have finished it, you want to restart it. This is not a book for young readers, due to some adult content, but everyone else should certainly give this book a read. - Manhattan Book Review --This text refers to the paperback edition.

Erin Jensen is a part-time pharmacist, and a full-time creator of imaginary worlds. She lives in upstate New York with her ridiculously supportive husband, two amazing sons who she couldn’t be prouder of, and a Yorkshire terrier who thinks he’s the family bodyguard.

4.9 out of 5 stars
4.9 out of 5
60 global ratings
How are ratings calculated?
To calculate the overall star rating and percentage breakdown by star, we don’t use a simple average. Instead, our system considers things like how recent a review is and if the reviewer bought the item on Amazon. It also analyzes reviews to verify trustworthiness.
Top reviews

Kimber
5.0 out of 5 stars Get swept away by Dream Waters!
Reviewed in the United States on April 26, 2018
Verified Purchase
“If anyone had told me that my life was about to change forever when I woke up that morning, I’d have said they were crazy and – considering the fact that I woke up in a psych ward –odds are, I would’ve been right.” Dream waters

The story opens with Charlie, a patient in Parker-Banks mental health facility and a host of exciting characters in a group therapy session. We discover a little about our new friend as he watches the developing storm among other patients, and it's here that our first glimpse into what makes Charlie different from everyone else is revealed. He sees things others do not; people have more than one form to our dear hero; their human one and another, somewhat sinister, alternate being. He routinely enjoys seeing the group meetings unravel into complete chaos, but on one such occasion, an intoxicating scent stops him in his tracks.
Enter Emma: Sweeping into the facility like a tidal wave she changes everything Charlie ever thought he knew. She is the most gorgeous woman he’s ever laid eyes on, and her sad, secretive manner only heightens the attraction. A fierce protective vibe propels him to befriend Emma. They are fast friends, but their bond stirs other patients in the facility in unexpected ways, and for the first time in his life, young Charlie discovers his ‘sight’ may not be as rare as he’d previously thought.
As the story develops, fellow inmates at the facility, Bob and Nellie, become an integral part of Charlie and Emma’s story, and we learn that not all imaginary things are quite so imaginary.
At the risk of giving away any spoilers, I will end by saying that this is not your usual fantasy story. From the first page, it is a fascinating tale that captures the imagination. Dream Waters deals with adult situations and is intended for a mature audience.
Read more
Helpful
Report abuse

Patricia A. Hinkley
5.0 out of 5 stars An awe-inspiring grownup version of a fairytale.
Reviewed in the United States on July 21, 2019
Verified Purchase
I first found out about the Dream Waters series after reading Benevolent. At first I was a little leery about the book with it's warning about touching on sensitive subjects. I decided to try the book anyway, and boy am I glad I did. Even thought Dream Waters touches on a tough topic, the way the story intertwines and takes you on a journey you feel like you are part of the characters. Each amazing chapter is told by a different character's perspective, which give you such depth into their lives. As I finished book one and started book two the story expanded further into the fascinating world of Dragons and other wonderful creatures. I would definitely recommend jumping in with both feet and reading this awe-inspiring grownup version of a fairytale.
Read more
Helpful
Report abuse

Stacy Geiger
5.0 out of 5 stars Pulls you in so hard!
Reviewed in the United States on December 15, 2020
Verified Purchase
I can't express how deep I fell into this story! I meant to start it one afternoon when I had an hour to spare, and instead got so caught up in this world I read the entire thing in one sitting. I shared this book with my son, and he started it one evening and finished the next morning. We're so invested in exploring this new world, we're each ordering the rest of the series in one go, so we don't have to wait in between.
The characters are so well written, you feel compelled to stay with them. I'm so excited to delve more deeply into this world, to discover what beauty and danger awaits our characters, who they will meet - will they be friends or enemies? I must know!
The writing and flow feels effortless. So happy to have discovered an author so skilled at painting the images in my mind with her words.
Read more
Helpful
Report abuse

Puff Momma
5.0 out of 5 stars Captivating fantasy book
Reviewed in the United States on June 22, 2020
Verified Purchase
I really enjoyed this read. The characters are interesting and the author continues to lead you to want to know more about them. The story is unique and I am now dying to read the next book. It’s not always easy to find a good fantasy series!
Read more
Helpful
Report abuse

Kindle Customer
4.0 out of 5 stars Great fantasy book
Reviewed in the United States on August 4, 2017
Verified Purchase
I really enjoyed this 1st book by a new author. Ms. Jensen had a fantastic imagination and a great way of letting the reader get to know the main characters. I liked this book enough to immediately buy and read the 2nd in the series. Am looking forward to the 3rd!
Read more
One person found this helpful
Helpful
Report abuse

Jessica Burnett
5.0 out of 5 stars Couldn't put it down!!
Reviewed in the United States on June 29, 2020
Verified Purchase
The book showed up in the list of similar books I've purchased, so I decided to give it a shot. I bought the first 3 books of the series. I started this book last night and had to finish it when I woke up. It is that good!! I'm anxiously waiting for my work day to be over so I can start the 2nd book.
Read more
Helpful
Report abuse
See all reviews

oldmum13
5.0 out of 5 stars Unbelievably imaginative and compelling
Reviewed in the United Kingdom on November 6, 2016
Verified Purchase
Well, I've just made myself physically ill by reading the two books available in these series back to back over the last 24 hours--and that is the highest praise I can give the series. I love it. I'm no fantasy fan, but I became interested in this book after seeing it advertised on Twitter, so I decided to give it a go. To say I was hooked is a vast understatement. Calling the genre fantasy doesn't really do it justice, because it's so much more than that--these are real people, with real feelings and fears. The characters are complex, compelling, and nuanced. The story is wildly imaginative. The writing is good. I would say more, but I'm terrified of ruining the plot. And let me be clear: I don't know the author. This is no favour I'm doing for her, and I am an incredibly fussy reader. But I love this book, and I loved the second one, too. I don't know what I'm going to do until the third one comes out!
Read more
One person found this helpful
Report abuse

K
5.0 out of 5 stars Enchanting and evocative.
Reviewed in the United Kingdom on April 24, 2018
Verified Purchase
Charlie, a patient in a psychiatric ward is tolerating another grim day at the Parker-Banks Health Facilty when his head is turned by a new arrival; the full-lipped blonde bombshell who goes by the name of Emma.
But Emma has sadness in her eyes and secrets in her soul that she isn’t keen to share with anyone.
Erin Jensen’s fantastical story engages from the outset: how is it that Charlie is imbued with the supernatural gift of ‘dream sight’, and what is it about Emma that initially draws him in, but then begins to terrifies him?
Jensen sure knows how to develop her storyline and skilfully draws the reader into her dreamworld of portals, dragons and shapeshifters. Wonderfully-realised are the supporting characters, namely Bob and Nellie, who almost steal the show, and a smug-yet sinister doctor who Is hell-bent on drugging his patients into acquiescence.
The Dreamworld sequences were enchanting and evocative (I’m already a fan of speculative fiction that is set in our real world).
Be warned, though, that the author doesn’t shy away from adult content and social taboos (if you want wholesome, plump for Neil Gaiman). But I enjoyed the story from the get-go and especially loved Bob’s phlegmatic-yet humorous outbursts!
Overall, a fascinating read, and one which has whetted my appetite for the next instalment...
Read more
Report abuse

Amazon Customer
5.0 out of 5 stars Fantastic book
Reviewed in Canada on March 10, 2018
Verified Purchase
I loved this book from start to end and found it hard to put it down. Wonderful story line wonderful intriguing characters.
Read more
Report abuse
See all reviews
Back to top
Get to Know Us
Make Money with Us
Amazon Payment Products
Let Us Help You
EnglishChoose a language for shopping. United StatesChoose a country/region for shopping.
© 1996-2021, Amazon.com, Inc. or its affiliates