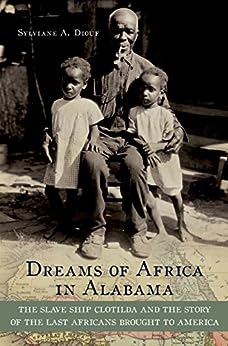 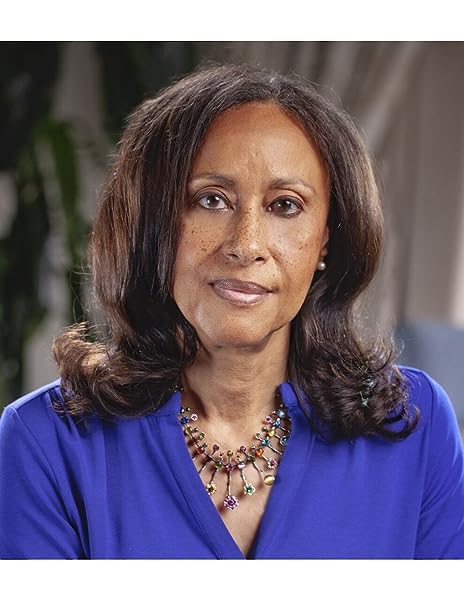 Dreams of Africa in Alabama: The Slave Ship Clotilda and the Story of the Last Africans Brought to America 1st Edition, Kindle Edition

by Sylviane A. Diouf (Author) Format: Kindle Edition
See all formats and editions
Sorry, there was a problem loading this page. Try again.
In the summer of 1860, more than fifty years after the United States legally abolished the international slave trade, 110 men, women, and children from Benin and Nigeria were brought ashore in Alabama under cover of night. They were the last recorded group of Africans deported to the United States as slaves. Timothy Meaher, an established Mobile businessman, sent the slave ship, the Clotilda , to Africa, on a bet that he could "bring a shipful of niggers right into Mobile Bay under the officers' noses." He won the bet.

This book reconstructs the lives of the people in West Africa, recounts their capture and passage in the slave pen in Ouidah, and describes their experience of slavery alongside American-born enslaved men and women. After emancipation, the group reunited from various plantations, bought land, and founded their own settlement, known as African Town. They ruled it according to customary African laws, spoke their own regional language and, when giving interviews, insisted that writers use their African names so that their families would know that they were still alive.

The last survivor of the Clotilda died in 1935, but African Town is still home to a community of Clotilda descendants. The publication of Dreams of Africa in Alabama marks the 200th anniversary of the abolition of the transatlantic slave trade.

Sylviane A. Diouf is an award-winning historian of the African Diaspora. She is the author of Slavery's Exiles: The Story of the American Maroons and Servants of Allah: African Muslims Enslaved in the Americas-named Choice Outstanding Academic Book in 1999. Her book Dreams of Africa in Alabama: The Slave Ship Clotilda and the Story of the Last Africans Brought to America received the 2007 Wesley-Logan Prize of the American Historical Association, the 2009 Sulzby Award of the Alabama Historical Association and was a finalist for the 2008 Hurston/Wright Legacy Award. She is the editor of Fighting the Slave Trade: West African Strategies and the coeditor of In Motion: The African-American Migration Experience. A recipient of the Rosa Parks Award, the Dr. Betty Shabazz Achievement Award, and the Pen and Brush Achievement Award, Diouf is a Curator at the Schomburg Center for Research in Black Culture of the New York Public Library. --This text refers to the audioCD edition.

*Starred Review* At a time when international slave trade had been outlawed and civil discord on the broader issue of slavery was brewing, an Alabama businessman took up a bet that he could bring slaves from Africa in open defiance of local officials. In the summer of 1860, he did just that with the slave ship Clotilda, bringing back 110 men, women, and children from Dahomey, sneaking them in among the already existing slave community. In this fascinating book, Diouf details how the last enslaved Africans to be brought to the U.S. were integrated into American slave culture and how they fared five years later, after emancipation. When their efforts to return to the west coast of Africa failed, the Africans founded their own settlement, which came to be known as Africatown. They managed to maintain their language, customs, and social structures into the twenty-first century, though the last survivor of the Clotilda died in 1935. Timed to coincide with the 200th anniversary of the abolition of the transatlantic slave trade, this book will appeal to readers interested in the retention of African culture by enslaved black Americans. Vanessa Bush
Copyright © American Library Association. All rights reserved --This text refers to an out of print or unavailable edition of this title.

I am a Visiting Scholar at the Center for Slavery and Justice, Brown University. As an award-winning historian and curator I specialize in the social history of the African Diaspora.

The discovery in 2019 of the wreck of the Clotilda, the last recorded slave ship to the United States, has brought the story of the 110 young people who were on board to the forefront. Dreams of Africa in Alabama: The Slave Ship Clotilda and the Story of the Last Africans Brought to America (Oxford University Press) won the 2007 Wesley-Logan Prize of the American Historical Association; the 2009 James F. Sulzby Award for best book on Alabama history from the Alabama Historical Association; and was a finalist for the 2008 Hurston/​Wright Legacy Award for non fiction.

My latest book, Slavery's Exiles: The Story of the American Maroons(New York University Press) was born when, a few years ago, I was looking for a book on North American maroons and finding none, I decided to write one.

Servants of Allah: African Muslims Enslaved in the Americas (NYU Press) was first published in 1998; its 15th anniversary edition (2013), has been updated to include new materials and analysis, a review of developments in the field, prospects for new research, and illustrations.

These three latest books are a reflection of my interest in little-know stories.

Amazon Customer
4.0 out of 5 stars Interesting book about a little-known aspect of slavery in America
Reviewed in the United States 🇺🇸 on November 6, 2019
Verified Purchase
While the book started out reading like a doctoral thesis, I ended up really appreciating the extensive, thorough research and the excellent writing.
I read this for a nonfiction book club, and the main criterion for a thumbs-up from our group is whether or not we learned something. This book definitely fit the bill.
"Dreams of Africa in Alabama" tells the story of the last slave ship that came to America and the stories of the Africans that settled in Alabama. They had a completely different experience than Africans that had been brought over earlier, and the book described these differences and how they interacted with each other, the "original" African Americans, and their owners.
Interviews with members of this community highlighted many poignant stories about their capture, the passage to America, their initial experiences and their lives after emancipation.
It was also well written, with extensive notes and bibliography.
Read more
7 people found this helpful
Helpful
Report abuse

Jeff Pete
5.0 out of 5 stars Emotional True Story
Reviewed in the United States 🇺🇸 on August 7, 2021
Verified Purchase
This book is a well researched, emotional tale of the last enslaved Africans brought to the U.S. illegally in 1860. It traces their brutal capture and imprisonment, the Americans who planned the illegal journey and purchase, the Middle Passage, their conditions while enslaved, and the life they built for themselves in Africatown, Alabama after the Civil War ended. It is sad and emotional but also a story of perseverance and resilience.
Read more
Helpful
Report abuse

Santina
5.0 out of 5 stars Really enjoyed this book!
Reviewed in the United States 🇺🇸 on July 2, 2021
Verified Purchase
I purchased the book for a conference on the history of The last slave ship Clotilda and Africatown. I also got a chance to hear from the author during the conference. This book did not disappoint me!! So much knowledge to share with students.
Read more
Helpful
Report abuse

Customer
5.0 out of 5 stars This is an important eye-opener for those of us who were never told the whole story about slavery.
Reviewed in the United States 🇺🇸 on July 6, 2018
Verified Purchase
It's hard to say I loved this book because it upset me terribly reading about these Africans' lives before they were kidnapped and after they were enslaved. It was fascinating learning about the different African sects and their ways of life. It was very distressing to read the truth about their lives in America. I was appalled to realize I'd never been taught this history decades ago in school. I was impressed by the way the freed Africans established their own town -- "Africatown" -- and lived in harmony though the odds of their success were hampered at every turn by Whites. IMHO this should be required reading for every high school student.
Read more
23 people found this helpful
Helpful
Report abuse

W Perry Hall
5.0 out of 5 stars Excellent historical account and anthropological study
Reviewed in the United States 🇺🇸 on June 23, 2014
Verified Purchase
Impeccably researched, very well-written book exploring how it happened that the last slave ship came through the port of Mobile, Alabama in the summer of 1860.

As it happened, a scofflaw businessman from Alabama decided to hedge his bets in covertly bringing in slaves from Africa on the slave ship Clotilda in defiance of laws outlawing international slave trade. This is a splendid account of the slave ship Clotilda and its 110 women, men and children who were delivered into an already existing slave community.

The author covers how these slaves handled life after emancipation in 1860 and tried, but failed, to return to Africa and then started a settlement later called Africatown, which makes the book also one fit for anthropological study on how these last slaves held onto their customs and social systems and language into this century despite the fact that the final Clotilda survivor passed away in the 1930s.
Read more
36 people found this helpful
Helpful
Report abuse

Amazon Customer
5.0 out of 5 stars Well Written,Informative
Reviewed in the United States 🇺🇸 on June 26, 2020
Verified Purchase
The author presents a great deal of information with a fluid and sensitive writing style. This is a narrative with a lot of anthropological and historical information. The author discusses the nuances of the personalities and the possible motivations of many of the individuals. She succeeds in creating a sense of place.
Read more
Helpful
Report abuse
See all reviews