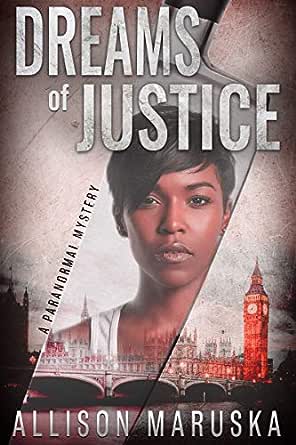 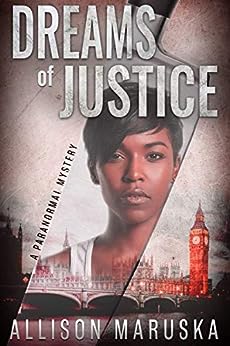 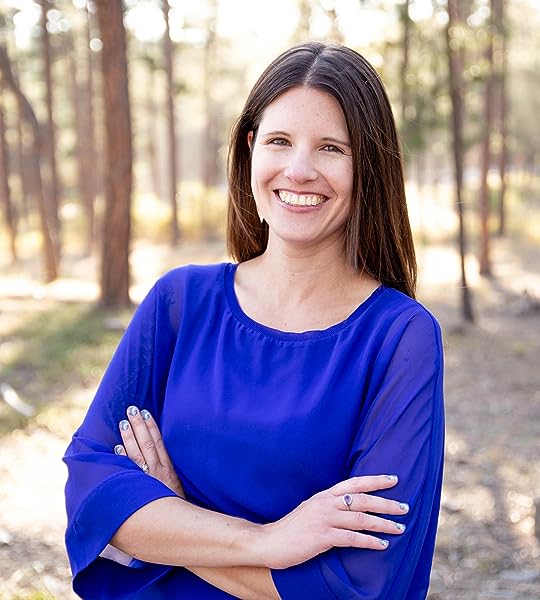 Fast-paced and exciting, this gripping page-turner will have readers on the edge of their seats, itching to know what comes next. In this book, nothing is what it seems, and the horrible truth could be staring the reader in the face all along and they won't see it until the author chooses to reveal it in her assured and inimitable way.
- The Book Reveiw Directory

4.7 out of 5 stars
4.7 out of 5
21 customer ratings
How does Amazon calculate star ratings?
Amazon calculates a product’s star ratings based on a machine learned model instead of a raw data average. The model takes into account factors including the age of a rating, whether the ratings are from verified purchasers, and factors that establish reviewer trustworthiness.
Top Reviews

Sparks
5.0 out of 5 stars Classy and Intelligent
Reviewed in the United States on February 16, 2020
Verified Purchase
What’s not to absolutely adore about Dreams of Justice: A Paranormal Mystery. It performs well on every level; pristine writing from multiple points of view of well-developed characters that matter. Diversity, the way it should be, on multiple levels, subtly embedded in the story, not banged over the head, saying look at me…I addressed multiculturalism. A quick, easy, and powerful read with just the right amount of fat trimmed. Allison Maruska paints a vivid picture with an economic brush.

Maruska keeps it real and doesn’t hold back on the blood and gore, so be warned, DOJ is brutal when it needs to be. A classy, intelligent mystery that will keep you guessing until the very end. Realistic in that it feels like one of those based-on-a-true-story novels…the paranormal notwithstanding. Finally, the touch of historical fiction with Pac-Man is the cherry on top. The only downside to this novel is anything you read after is likely to pale by comparison. Happy reading!
Read more
2 people found this helpful
Helpful
Comment Report abuse

Shirley Morrow
5.0 out of 5 stars Brilliant
Reviewed in the United States on February 6, 2020
Verified Purchase
I have read all of Allison’s books and Dreams of Justice is her best one yet.
The story is so incredible with just the right amount of mystery and paranormal.
One character is haunted by nightmares that tell a story that is not quite her own, but her story is dying to be told.
There is so much energy in this book i couldn’t put it down.
What a great idea for a story. With a smooth and clear transition in time, and dates, this story was not difficult to follow at all.
This is truly a must read that I’ll be sharing with my mother in law and other fellow readers.
Brilliant work, Allison.
Read more
One person found this helpful
Helpful
Comment Report abuse

Amazon Customer
5.0 out of 5 stars Great book
Reviewed in the United States on February 10, 2020
Verified Purchase
I enjoyed this book so much. I couldn't put this book down with the main character having visions in her dreams and going to London to help solve a crime. I was surprised of who did the crime. I think Allison did a great job with her descriptions of the scenes and the different points of views of characters.
Read more
One person found this helpful
Helpful
Comment Report abuse

Kevin Dalton
5.0 out of 5 stars Such an amazing read
Reviewed in the United States on June 17, 2020
Verified Purchase
With most books I read a chapter a night but not the case with this book. I read it in two days which I have never done before. This book as so many twists and turns that keeps the reader guessing what's next. This is a must read book.
Read more
Helpful
Comment Report abuse

booklover
TOP 1000 REVIEWER
4.0 out of 5 stars Suspenseful Paranormal Mystery
Reviewed in the United States on March 5, 2020
Many thanks to the author / Netgalley for the digital copy of this intriguing mystery. Read and reviewed voluntarily, opinions expressed here are unbiased and entirely my own.

Forty years ago a young pregnant woman was stabbed to death by her husband. He was never apprehended.

Sonia has nightmares ... she dreams of running, being stabbed, sometimes in the ribs, sometimes in her back. The results are always the same she dies an intense painful death.

Desperately wanting to stop the dreams, she decides to seek out the help of a hypnotist. What the hypnotist tells her is that her dreams could be visions of a murder.

What follows is a frantic search for the scene of the murder victim. Leaving the States for the UK, she finds a believer in the law enforcement officer who had a case she investigated ... and Sophie knows things about that case that were never revealed to the public.

This is a well-written paranormal mystery with well-paced suspense. The characters are deftly drawn and believable. There are plenty of twists and turns and the ending is surprising unexpected.
Read more
2 people found this helpful
Helpful
Comment Report abuse

Colleen M. Chesebro
5.0 out of 5 stars Look for the Unexpected! Twists and turns that keep you guessing all the way through!
Reviewed in the United States on February 14, 2020
What if you woke up one morning suffering from pains that had no explanation except they came from a dream? Sonia, a first time biology professor at NYU is suffering from dreams so persistent and intense that all she can remember is an attack, falling to the floor, and a blade stabbing her over and over! The severity of the dreams has spilled over into every aspect of her life.

One evening, Sonia’s fiancé, Chris, an investment manager, invites her to a work party. Once there, Sonia longs to escape the pretentious atmosphere. She sneaks into another room filled with arcade machines, a bar, and a billiards table.

Something about the arcade machines seems familiar, and Sonia finds herself beside a Pac-Man game. The images return with an intensity she’s never felt before. She can see the machine in her mind, but her perspective has changed. Now, she sees the machine as if she were lying on the floor. Fiery pain shoots through her back as each thrust of the knife takes her breath away, forcing her to remember…

Does Sonia suffer from prophetic visions or is there some other event to blame, maybe with a paranormal twist that you’ll never see coming? Following the leads, Sonia discovers her dreams reveal a past crime that she must solve in the present.

A huge fan of this author’s writing, I was thrilled to learn that Maruska had stepped into the realm of paranormal mystery, even though I’ve enjoyed all of her books. I began this novel one evening and could not put it down, reading far into the wee hours. The next thing I knew, the storyline infiltrated my own dreams!

The premise of this mystery is unusual and really drew me into the lives of the characters. Look for the unexpected, as this story is filled with plenty of twists and turns to keep you guessing until the very end making the book worthy as a psychological thriller. This is one book you don’t want to miss!

I received an advanced reader’s copy of this book from the author.
Read more
One person found this helpful
Helpful
Comment Report abuse

zachsmama03
5.0 out of 5 stars Put the book down??? No way!!!
Reviewed in the United States on December 29, 2019
I have read every book by this author. This is her best one yet. When I picked this book up, I was hooked and read the whole thing within a matter of hours. It has an exciting story-line and is wonderfully written. There are twists and unexpected occurrences. The book leaves you wondering what is around the corner. Great Read!!
Read more
2 people found this helpful
Helpful
Comment Report abuse
See all reviews from the United States

Margaret
4.0 out of 5 stars Enjoyed
Reviewed in the United Kingdom on April 5, 2020
Verified Purchase
I enjoyed this book very much. I usually can guess an ending but I didn’t in this one, which was refreshing as it wasn’t predictable.
Read more
Helpful
Sending feedback...
Thank you for your feedback.
Sorry, we failed to record your vote. Please try again
Report abuse