You've subscribed to The Forgotten Gods Tales! We will preorder your items within 24 hours of when they become available. When new books are released, we'll charge your default payment method for the lowest price available during the pre-order period.
Update your device or payment method, cancel individual pre-orders or your subscription at
Your Memberships & Subscriptions
There was an error. We were unable to process your subscription due to an error. Please refresh and try again. 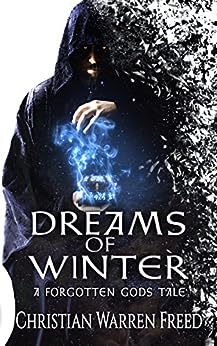 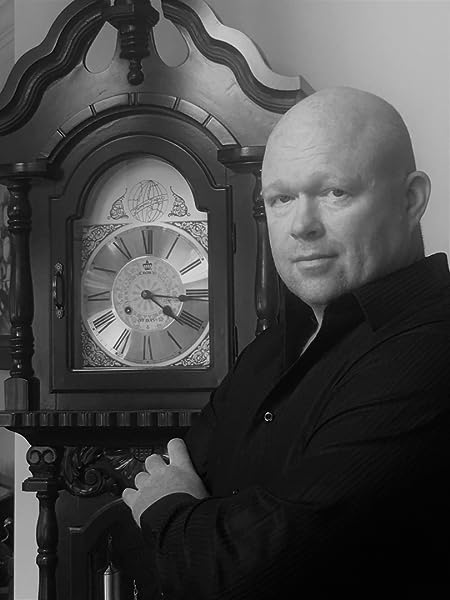 Nolyn: The Rise and Fall, Book 1
In the depths of an unforgiving jungle, a legend is about to be born. Listen now
Books In This Series (4 Books)
Complete Series 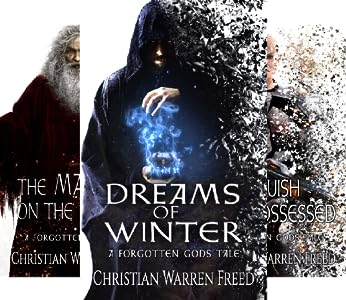 Editorial Review: "Dreams of Winter is a strong introduction to a new fantasy series that follows slightly in the footsteps of George R.R. Martin in scope. It contains all of the elements readers expect from fantasy fiction, while still being fresh and new. Whether readers are new to fantasy or longtime fans, Dreams of Winter by Christian Warren Freed is a great way to spend a few hours." - Entrada Publishing

The idea for this had been stewing in my mind ever since I was stationed in Baghdad, Iraq in 2005-2006. I let it ferment and grow before placing those now infamous first words on paper. This series is meant to explore whether we truly need God or the gods to justify our existence in the universe- albeit set in the middle of a galaxy spanning civil war. Sit back, strap in, and get ready for one hell of ride. It's going to be a fight. Read on, my friends. Read on!

Christian W. Freed was born in Buffalo, N.Y. more years ago than he would like to remember. After spending more than 20 years in the active duty US Army he has turned his talents to writing. Since retiring, he has gone on to publish over 20 military fantasy and science fiction novels, as well as his memoirs from his time in Iraq and Afghanistan, a children's book, and a pair of how to books focused on indie authors and the decision making process for writing a book and what happens after it is published. His first published book (Hammers in the Wind) has been the #1 free book on Kindle 4 times and he holds a fancy certificate from the L Ron Hubbard Writers of the Future Contest. Ok, so it was for 4th place in one quarter, but it's still recognition from the largest fiction writing contest in the world. And no, he's not a scientologist. Passionate about history, he combines his knowledge of the past with modern military tactics to create an engaging, quasi-realistic world for the readers. He graduated from Campbell University with a degree in history and is pursuing a Masters of Arts degree in Digital Communications from the University of North Carolina at Chapel Hill. He currently lives outside of Raleigh, N.C. and devotes his time to writing, his family, and their two Bernese Mountain Dogs. If you drive by you might just find him on the porch with a cigar in one hand and a pen in the other. You can find out more about his work by following him @ https://www.facebook.com/ChristianFreed or on Twitter @christianwfreed. --This text refers to an alternate kindle_edition edition.
Read more

ACFlory
4.0 out of 5 stars Steven Erikson meets George R.R. Martin
Reviewed in the United States on March 28, 2019
Verified Purchase
One of the things I always found a little uncomfortable about Malazan: Book of the Fallen series was the abundance of gods. I prefer stories in which human foibles and strengths drive the plot. That pretty much sums up the A Song of Fire and Ice series. The Forgotten Gods Tale, of which Dreams of Winter is the first volume, sits somewhere between those two. Yes there are gods, and yes they are powerful, and yes they do make a mess, but the real focus is on the humans and how they deal with the mess.

As expected when humans do anything, some will be selfish and some will be altruistic, but all are recognizably human in their frailty. I like that. :)
Read more
One person found this helpful
Helpful
Report abuse

Mandy Jones
4.0 out of 5 stars giving us an easy paced adventure
Reviewed in the United States on April 17, 2018
Verified Purchase
Another stellar installment from Christian! As always Freed delivers with a unique and fresh objective and storyline. This one never relents, giving us an easy paced adventure. Can’t wait to see what else Freed delivers to us hungry readers.
Read more
Helpful
Report abuse

WG
5.0 out of 5 stars THIS IS IT!!
Reviewed in the United States on June 7, 2017
Verified Purchase
THIS IS IT. if you like fantasy and sci-fi, you must read this series. I am completely addicted and can't put the books down. The world that Christian Warren Freed creates is just so intriguing and fascinating....this series could go on and on and I hope it does!!!
Read more
One person found this helpful
Helpful
Report abuse

Hessen
5.0 out of 5 stars Great characters, rythm & story. Totally recommended!
Reviewed in the United States on June 1, 2020
A war with the potential to reach epic levels is about to break out on various fronts on the planet Crimeat. Senior Inquisitor Tolde Breed and Sergeant Major Matthias are dispatched —along with a small army— to recapture the most violent of the mythical sons of the King of the Gods, who has managed to escape from a prison protected by arcane spells. Elisa, the bounty hunter, seeks to avenge a gruesome crime committed against her people years ago. Mollock Bolle, an old military man broken by his past, risks his life carrying information on the devastation that is coming. Ambitious and nefarious Baron Scura seeks full control of Lethendweil at any cost. A powerful secret group made up of members of the highest spheres seeks to awaken the ancient gods, who have lain dormant, scattered throughout the galaxy for more than three millennia. And in the midst of all these events, an ominous meeting among The Three recalls that previous encounter in which their anger left an entire planet dead and uninhabitable.

This very interesting novel, set in the year 3,210 on a distant planet, is full of adventure, secrets, intrigue, danger, action and violence. The characters and their dialogues feel totally natural, alive and transcendent. The descriptions of places are eloquent, precise, vivid, even poetic: "his words were pregnant with a slowly understood fear." The implications of the events that unfold on planet Crimeat could not be greater: the possible awakening of long-asleep gods, a fight to the death between three powerful demigods and a war that involves nations and surely entire worlds.

Even though there are many characters weaving their threads at the same time, the plot is quite clear and the narrative maintains an excellent rhythm throughout the entire book. The motivations of each character are clear and well-founded, and their persons have the perfect balance between logic, emotion, accident and reaction. The mix between elements of technologies with different degrees of development (energy weapons and flying transports along with rifles and horses) seemed strange to me at first, but it immediately merges into this story that reunites humans with gods and advanced technology with religion and magic. Anyway, I totally recommend this book!
Read more
Helpful
Report abuse

Grymm
4.0 out of 5 stars Well developed universe here, exciting start to the series
Reviewed in the United States on April 8, 2020
This is my first story that I’ve read by Freed, and I was impressed by the detailed multi-world-building done for this book (and, I assume, the series). Freed’s background shines in here in this story in providing his world with a rich history. From what I can tell Freed has a good number of books out, and the way this book is written really shows that he is a veteran of the craft.

The story isn’t an uncommon one in reference to old gods. The old gods fight with each other in a power struggle. Once upon a time, the good has triumphed and humanity, who was thrust into the center of the fight, has since forgotten that their existence relies on the two titanic gods not fighting (Amongeratix and Tannus).

What stood out to me, though, is that as rich as the world itself is, the gods really don’t seem to develop in a sensical way (which, if I'm being fair, is usually the case in stories about the wars of gods). The two main brothers fight for control, and when Amongeratix escapes his prison we (humans) are on Death’s platter again, but realistically their reason for fighting and control seems to be overblown. There is a third brother, and I honestly couldn’t figure out why he was necessary at all, other than a minor plot device to break up some of the story a bit for pacing control (which, especially in the first hundred or so pages, really needed to be picked up).

This story IS good, despite the above. I do think that as a part of a series there are unresolved issues that I just haven’t been through entirely. I definitely have to read the next one. However, as a first book, I feel like this should be the foundation balanced with foreshadowing and action and I left the story with more questions than I’d like.

It’s worth the read, though. The writing is good, the world is rich. The description, though thick, allows for a great escape away from the real world. It is a very enjoyable book. I hope the next one clears up some of my questions!
Read more
One person found this helpful
Helpful
Report abuse
See all reviews

Tags that will help you discover similar books. 8 tags
in a seriesmilitaryadventurescience fiction & fantasyspace fleetcolonizationspace marineadult fiction
Results for:
Page 1 of 1Start overPage 1 of 1
Previous page
Next page
Where do clickable book tags come from?
Book tags are created from a variety of sources, some of which are customer-generated. Amazon is not legally responsible for the accuracy of the tags represented. If you are an author or publisher and would like to remove a tag associated with your title, please contact your vendor manager or publisher support team.
Back to top
Get to Know Us
Make Money with Us
Amazon Payment Products
Let Us Help You
EnglishChoose a language for shopping. United StatesChoose a country/region for shopping.
© 1996-2021, Amazon.com, Inc. or its affiliates