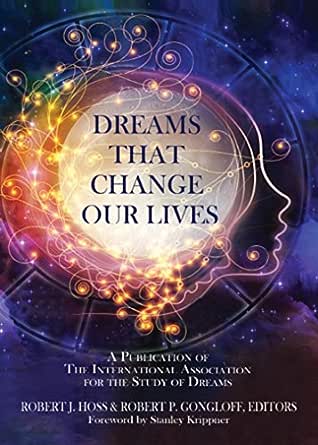 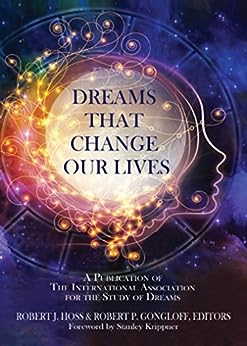 Robert Hoss, M.S., is a director and past president and board chair of IASD, directs the DreamScience Foundation for research grants, is a faculty trainer for the Haden Institute, and advisory board- member of the National Institute for Integrative Healthcare. He is author of Dream Language and Dream to Freedom, is published in 12 other books, and is managing editor of Dreams That Change Our Lives plus an upcoming two-volume reference book on dreams.

Robert Gongloff, M.A., is director and past president and board chair of IASD and author of Dream Exploration: A New Approach. He is the program cochair for the IASD international dream conferences and prior host of three of them. He is also a coeditor of Dreams that Change Our Lives plus a pending two-volume reference book for Greenwood. --This text refers to the hardcover edition.

Rocio
5.0 out of 5 stars Five Stars
Reviewed in the United States on July 4, 2018
Verified Purchase
A great book to better understand the importance of dreams in the path to healing.
Read more
Helpful
Comment Report abuse

Nori Muster
5.0 out of 5 stars Dreams of Dream Workers
Reviewed in the United States on July 3, 2017
This is a book about dreams, by dream workers. Each chapter is written by a prominent dream book author, and each chapter begins with a personal story about the author's own dreams. The chapters are grouped by subject, to explore the purposes dreams serve. They focus on the exceptional dreams, or big dreams, as they are called. Big dreams have the potential to change the course of the dreamer's life for the better.
After describing personal experiences with dreams, each author fills out his or her chapter with their own collection of dreams of others who had similar experiences. The book is thus a collection of vivid life-changing dreams. Although written in words, the dreams appear to the reader as images, and the book feels like a visit to a museum of dreams. Because the book is full of vivid dream images, it's a fast and fun read.
In the last chapter, the editors draw conclusions about the purpose of dreams, and quote Carl Jung, who confirmed dreams speak to us in an "emotionally charged picture language." Jung was among the first Westerners to study dreams at the beginning of the twentieth century. From Jung to the present day, the science of dream studies has come a long way in the last hundred years. Dreams That Change Our Lives conveys the state of the art of dream studies. Brain studies, and dream studies, now show that dreaming plays a vital role in helping us adapt to the awkward and difficult situations of life.
This book, a project of the International Association for the Study of Dreams (IASD), is a gift to anyone interested in the messages from their dreams. The authors and others who shared their dreams for this book showed courage, revealing their innermost numinous experiences to help others. The book provides evidence dreams may change lives, provide assurance, heal mind and body, inspire artwork, music, or creative writing, comfort people after the loss of a loved one, and comfort those approaching death.
Read more
5 people found this helpful
Helpful
Comment Report abuse

Henry Reed
5.0 out of 5 stars Dreams are Real When they Make a Difference
Reviewed in the United States on June 30, 2017
Dreams are private experiences. If no one ever told anybody about a dream, we might never learn about dreaming. It's because of the sharing of dreams that we've come to know about them. It is through the sharing of dreams that we introduce their alien consciousness into the conventional social world, sometimes with evolutionary impact. To gain an appreciation for how tremendously important that it is to share dreams, consider perhaps the earliest recorded example of the dreams being honored publicly. By the time of Hippocrates, the dream healings attributed to the god Asklepios were the stuff of legends. A person would go and sleep in one of Asklepios's temples, such as at Epidaurus, and during the night the person would awaken with a visionary dream that healed them off the ailment. Such pilgrims were required to record a testimony of their dream vision by inscribing it in stone. If it were not for the carved inscriptions giving testimonies to these medical miracles, the history of medicine would be much different. Hippocrates attributed the medical remedies of his day to lineage connected back through time to the ancient temple dreams.
Today, compared to fifty years ago, there is a great deal of sharing of information from dreams. More people are aware that we dream every night. There are hundreds of books available today about dreams, their value, and how to benefit from them. Although the interpretation of dreams may remain a subtle, complex, illusive, and controversial process, evidence is accumulating that confirms their value. The evidence that is most compelling comes from first person testimony. A new book, potentially quite influential, consists completely of such stories. Dreams that Change Our Lives presents hundreds of such stories. A dream is real when it makes a difference, and judging from these stories, dreams can make all the difference in the world. The book has chapters on twenty-one different ways dreams have changed lives. Providing a sense of purpose, resolving conflict, making choices about the future, experiencing a spiritual awakening, having a medical healing, a turnaround in a career, or a new invention, to name a few. Taken together, the stories provide believable examples of the power of dreams. The book is an example of the importance of sharing dreams, letting other people know that there's an alternative world going on our midst, with resources and ideas that have the potential to make our lives better, more humane.
The book is a project of the International Association for the Study of Dreams (IASD.org). A recognized expert on the topic introduces that chapter with a personal story of how dreams made such a change for that person. The expert then presents several first person stories from other folks who also had experienced such a change from a dream. Robert J. Hoss and Robert P. Gongloff were the editors and deserve special credit for the care with which the stories are presented. An introductory chapter explains some of the issues involved and why the sharing of the dreams is so important. It is significant that so few of the stories involve working on dreams in therapy, but instead are about waking up from a dream and right then things are no longer the same. Sometimes the dream itself was sufficient and to bring about the change, just as it was back in the mythical days of Asklepios.
One of the most powerful ways of sharing a dream is to act upon it. Doing so really makes a difference. This reviewer has have had dreams that changed my life. I might not have had such dreams had not someone told me about the dreams they had. It was James Turrell, today a world famous artist, who, as a college fraternity brother, share with me dreams he was having that helped him create his successful lifestyle. I’ve published many of my dream stories. I had one especially important dream back in the early 1970s that revealed the potential payoff of folks sharing their dreams. I acted on that dream by creating a magazine for people to share their dream stories. A dream gave me the name of the magazine: Sundance: The Community Dream Journal Edgar Cayce’s Atlantic University sponsored it for six issues, from 1976-1978. According to the official history of the I.A.S.D., the publication of Sundance was one of the dynamic factors that led to the founding of the organization. As a matter of fact, some of the authors in this new book published their first dream writings in the Sundance journals.
During the the Bicentennial, 1976, Sundance published a collection of dreams for America that revealed a national unconscious at unrest, already concerned about some directions we were taking, and yet optimistic about our potential-. The “American Dream” need not be dead, because we can dream for America, and tap into that special resource for the challenges that lie ahead. Dream medicine can be contagious. I would really encourage you not just to buy this book, but also to share it with others I think it has great power to increase everyone’s motivation to cultivate dream awareness and to learn to follow their dreams, sharing as we go.
Read more
3 people found this helpful
Helpful
Comment Report abuse