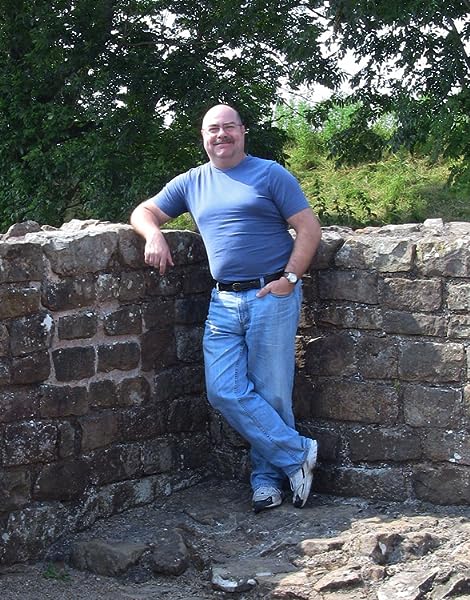 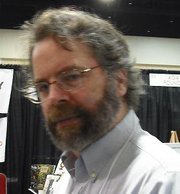 Start reading Dreamtime Dragons on your Kindle in under a minute.

LeslieLuvzBooks
5.0 out of 5 stars Sheer Dragonish Awesome From The First To The Last!
Reviewed in the United States on July 10, 2018
Verified Purchase
Wow! What a ride! This anthology has all of the feelings: humor, grief, sentiment, fear...

The anthology kicks things off with a rambunctious adventure in 101 USES FOR A DRAGON by Nav Logan. It was one of the works I read for editing, and I was giggling then and I giggled again! It reads like a Terry Pratchett story, full of heart, charm, intrigue, and a heavy dose of satire. Also included is FREE WILL, a sample chapter from one of his novels—and it drew me in very quickly, I enjoyed the characters and the premise it introduced! This one is definitely going on my Author Watchlist!

The ones I found really fascinating were the stories that actually told things from the dragon’s perspective, as was the case with Guy Donovan’s submissions, two sample chapters from two different novels. SHANDIKHAAR brought us into the mind of a female dragon intent on protecting her nest from the two-legged “vermin” after the death of her mate, while BITERS gives readers a glimpse into the relationship between air creatures and water creatures, centering on a dragon who spent some time living among a pod of whales, swimming in the water. Very enchanting!

HAULING FIRE by A. J. Noon was a quaint, funny little story about two bumbling cargo-movers tasked with delivering a crate with mysterious contents to a wizard—but the trip is far from smooth. I enjoyed the two humorous short stories from Assaph Mehr, an author I’ve enjoyed before: MODERN DRAGON puts a keenly “hipster” twist on the traditional legends, while THE VIEW FROM THE OTHER SIDE reveals a peculiar disparity between how we have been taught to fear dragons, and how dragons actually feel about “vermin” invading his home and “stealing his bedding.”

The short story I particularly enjoyed was A SOFT SPOT FOR DRAGONS by Marc vun Kannon. Anybody who loves those tales relayed as if from parent to child, anyone who carries nostalgia for a good, imagination-rousing bedtime story—needs to read this story! I loved it all the way through.

(I also need to put in a quick word for ARTHUR AND THE EGG by Yours Truly! A fun twist on the tale of "Jack and the Beanstalk," Arthur is frustrated with the hardships of poverty, the idea of selling his father's truck--but nothing prepares him for what happens next when he meets the answer to his problems in a dragon named Truck!)

Last but certainly not least, (since this review has to end somewhere or I would just keep writing and raving about all the great stories that this book contains!) the works of Nils Visser. The sample scene from Escape From Neverland, I had already read (THE WYRM ON THE TARN), but the short story was new: FREÓSAN DRAKA TREÓW, an in-depth look at one of the legends hinted at in a conversation between characters. Oh man! His use of Old English really sets an ancient tone over the whole thing, and the way he describes the fantastical events and enthralling scenes will haunt your daydreams once you read them!

If you like dragons and you want something new, fresh, and enchanting to read—DREAMTIME DRAGONS is here for you!
Read more
2 people found this helpful
Helpful
Comment Report abuse

WC Quick
5.0 out of 5 stars Exceeded all my expectations
Reviewed in the United States on November 6, 2017
Verified Purchase
I am already a follower of three of these fine writers and looked forward to the release of this Dragonfest anthology. Some of the stories are flash fiction, ranging from humorous to pleasantly disturbing. They are all filled with striking imagery, heat and passion. For Dragon fans, this collection is well your time
Read more
4 people found this helpful
Helpful
Comment Report abuse

hilaauk
5.0 out of 5 stars Transatlantic smorgasbord of talented authors showcasing their dragons.
Reviewed in the United States on November 6, 2017
Hi - I'm a UK reader but as the book is a transatlantic smorgasbord of talented authors, I didn't want you to miss out. The book is the equivalent of a promo record - giving you a taste of some great books and hopefully encouraging you to look them up. I've bought books from a few of the writers featured (Nils - historic, UK-set fantasy with adult themes; Mary - great Egyptian fantasy to make you think; Asaph - roman crime with added magic; Guy - dark-ages, Arthurian-tending and Benjamin, epic fantasy) and was keen to see the other authors they want to associate it. I enjoyed all the stories in the books and definitely am looking forward to hunting more of the same. Although fantasy is personal taste, there was good editorial control and all the stories and cover art is to a good standard. I didn't really get a ho hum moment. And if the words sample chapter are striking fear into your heart like they do mine, don't worry - these chapters are stand-alone episodes in a greater story. You won't be left feeling cheated on a cliff. You will get however a chance to meet dragons of the mind, the soul and in person. Dragons are here from the past, the now and from the never been. Meeting them won't be a waste of your time or your money.
Read more
5 people found this helpful
Helpful
Comment Report abuse
See all reviews from the United States

hilaauk
5.0 out of 5 stars A buffet of new and exciting authors - ready grilled for your delight
Reviewed in the United Kingdom on November 6, 2017
Verified Purchase
I really enjoyed this book. There is a fantastic range of stories from dark age times to the modern ages; from dragons from the depths of fantasy to historical ones and dragons of the mind. I'm personally always a little worried when i see the words sample chapters - but don't worry, these are complete stories in themselves. They do leave you wanting more but that section of the greater story is complete in itself. As with all anthologies, some works resonate with you more than others but I don't think there is a clunker in this book. This book is a great way to explore less well-publicized authors whose writing is as good as much published by the big publishing houses.
Read more
One person found this helpful
Helpful
Sending feedback...
Thank you for your feedback.
Sorry, we failed to record your vote. Please try again
Report abuse