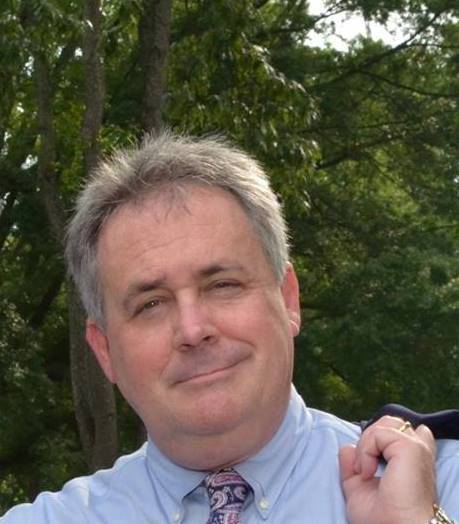 Drifting Too Far From The Shore Paperback – September 15, 2016

by Niles Reddick (Author)
5.0 out of 5 stars 13 ratings
See all formats and editions
Sorry, there was a problem loading this page. Try again.
"Chock full of humor, Drifting Too Far From the Shore is a beautiful story that makes you feel like you have been transported back to small town America."
- Winston Groom, author of Forrest Gump

Readers will fall in love with Muddy "Charlotte" Rewis, a sassy yet reserved southern woman who has a cane and ain't afraid to use it. Muddy believes she is in her last days and longs to reunite in heaven with her deceased husband, Claude, But when Muddy's grandson shoots out a neighbor's front window, an old friendship is renewed, and troubling mysteries irresistibly revived.
Full of humorous moments, Drifting Too Far from the Shore is a wonderful story of small town American South and of making the most of life.
Read more
Previous page
Next page

"The Butterfly Garden" by Dot Hutchison for $9.99
An Amazon Charts bestseller. Near an isolated mansion lies a beautiful garden... | Learn more

Readers will come to love feisty Charlotte "Muddy" Rewis who, despite the bad news in the world, triumphs by making a difference in her own way. - Winston Groom, author of Forrest Gump I can't remember the last time that I have enjoyed a book this much...Muddy is richly developed, springing right out of the pages. - Michael Lee West, author of Crazy Ladies A brilliant work of storytelling...Reddick throws us into the mind and events of Ms Muddy Rewis and how she handles the waning years of her life. They are not dreary and bleak, but are full of the southern spunk - Kelly Kusumoto - Senior Editor of Cicatrix Publishing A fresh, simple story of an elderly woman in a little south Georgia, fictional town. The main character is Muddie Rewis, nick-named "Muddie" for her childhood passion of patting out mudpies on the bottom of a tin washtub to bake in the sun till done...Each chapter heading in Niles Reddick's fine novel pays tribute to Muddie's emotional clashes with self over the futility of trying to fix the entire world. Head-on, she attempts to mete out justice where there is none and bring about peace to her community and family. .- Janice Daugharty, Southern Literary Review

Bio: Niles Reddick’s newest is a collection, Reading the Coffee Grounds and Other Stories. His novel Drifting too far from the Shore has been nominated for several literary awards. Previously, his collection Road Kill Art and Other Oddities was a finalist for an Eppie award and his first novella Lead Me Home was a national finalist for a ForeWord award. His work has been included in eleven anthologies and over one hundred fifty literary magazines all over the world. He works for the University of Memphis at Lambuth in Jackson, Tennessee. His website is www.nilesreddick.com

5.0 out of 5 stars
5 out of 5
13 global ratings
How customer reviews and ratings work

Bryan Reddick
5.0 out of 5 stars Good Story, Believable
Reviewed in the United States 🇺🇸 on October 2, 2016
Verified Purchase
The story felt true and sincere, Muddy is a good person whose feelings when she discovered a long lost letter were how I would hope most people would react. She tried to make right a very sad past.
Read more
One person found this helpful
Helpful
Report abuse

Meira
5.0 out of 5 stars Mystery, Romance and a Sense of Humor
Reviewed in the United States 🇺🇸 on August 29, 2016
Verified Purchase
Muddy's memories and checklist in Drifting Too Far From the Shore took me to a better place. I didn't want it to end. My grandkids and I made mudpies yesterday. I'm on my second read.
Read more
One person found this helpful
Helpful
Report abuse

Carol Horn
5.0 out of 5 stars Dealing With Mama
Reviewed in the United States 🇺🇸 on September 1, 2016
Verified Purchase
Wonderful book! Reading this book felt like a visit with several of my old friends and relatives who have now passed on to be with the Lord.
Read more
3 people found this helpful
Helpful
Report abuse

Amazon Customer
5.0 out of 5 stars Loved this book.
Reviewed in the United States 🇺🇸 on August 22, 2016
Verified Purchase
Awesome author. I could not put the work down. I read it straight through! Can't wait for his next book.
Read more
2 people found this helpful
Helpful
Report abuse

Anita Lock
5.0 out of 5 stars Provocative, heart warming, and downright hilarious
Reviewed in the United States 🇺🇸 on September 13, 2016
Muddy (Charlotte) Rewis is quite a character of sorts. A feisty independent woman in her seventies who speaks her mind, Muddy figures her days are numbered, especially now that her husband, Claude, is gone. She wishes her children and grandchildren would visit her more often (which is ironic because they contact her almost daily). While her familial circumstances are not as stellar as she'd like, up to this point Muddy has lived a pretty decent life in the small town of Morven. Certainly the snarky old biddy has nothing to complain about compared to her and her children's acquaintances as well as others who have suffered horrific atrocities. Yet amid her concerns and ponderings, Muddy has no idea that changes are about to take place in her life—and all because of a stray bullet.

Reddick offers the best in Southern-Georgia storytelling in his latest novel. Inspired by a song with the same title, Drifting Too Far from Shore is so much more than a story of an elderly Georgian woman. Indeed, in many ways a white version of Tyler Perry's Madea, Muddy ruminates on the efficacy (or lack thereof) of current issues in society. Reddick gets his readers thinking, too, as Muddy covers topics such as interracial relationships, taxpayer dollars to support prison systems, Social Security, terrorism, immigration, religion, free will, the Golden Rule, lottery tickets, and education, just to mention a few.

While his audience gets caught up in Muddy's fictional life, Reddick weaves in factual reminders to several unconscionable acts against humanity. Dedicating each chapter to the memory of victims, Reddick goes from specific to broad as he zeroes in on local news familiar to Southern Georgians (i.e., lynchings, immigrant workers, mass graves) before drawing attention to the national and international scenes (i.e., Jonestown, 9/11). Provocative, heart warming, and downright hilarious, Drifting Too Far from Shore is guaranteed to become an iconic award-winning read.
Reviewed by Anita Lock
Originally posted on San Francisco Book Review

Susan Cushman
5.0 out of 5 stars A Trip to Small Town America
Reviewed in the United States 🇺🇸 on September 26, 2017
"A Trip to Small Town America." That’s what Winston Groom, author of Forrest Gump, says it feels like to read Niles Reddick’s new novel, Drifting Too Far From the Shore. Readers will come to love feisty Charlotte “Muddy” Lewis who, despite the bad news in the world, triumphs by making a difference in her own way. Chock full of humor, Drifting Too Far From the Shore is a beautiful story that makes you feel like you have been transported back to small town America.I agree. I love the main character’s voice: 70-something “Muddy” reflects on the latest news of the day—everything from abused boys at a school in Florida to tornadoes, Jonestown, and 9/11. Reddick places Muddy in the position of learning about, and often acting on, serious events, but without losing her sense of humor, a tricky balance. And the reader never loses sight of Muddy’s point of view, and her strong Christian conservative values. I think my mother, who grew up in Mississippi in the 1930s and ‘40s and lived there until her death at age eighty-eight this past May, would have really enjoyed this book. One of her favorite authors was the Mississippi writer, Willie Morris, whom Reddick must have read.
Reddick’s tone also reminds me a bit of Jan Karon in her Mitford series, also set in a small town, and with a touch of mystery and romance amongst the older set. Karon places her colorful cast of characters in North Carolina, while Reddick chooses Georgia as the setting for his stories, but the South itself often appears as an additional character in these types of books. Setting—and sense of place—are everything in the Southern novel.
Read more
Helpful
Report abuse

S. Warfield
5.0 out of 5 stars Loved this memorable book!
Reviewed in the United States 🇺🇸 on September 6, 2016
Niles Reddick's "Drifting Too Far From the Shore" is an excellent literary novel that combines nostalgia, complex characters and a good deal of humor as the book follows the aging Muddy Rewis, who is hoping to soon be reunited with her late husband, Claude. Muddy lives in a small Southern town with her children not so far away that they can't visit her, but she doesn't want to be that involved or to meddle in their lives. She is content to stay home at this point in her life and let them come to her.

Her two grandsons visit one day and Muddy has them do some yard work for her. After they've finished she roots through the closet and gives the boys a few pieces of clothing that belonged to her late husband. She also takes out a box that contains her husband's two pistols because she wants her grandsons to have them. Muddy doesn't know that one still has a bullet in it and her grandson accidentally shoots out the window of the neighbor across the street, Fred Stalvey. From this incident, Muddy learns that Fred isn't the old dirty scarecrow she thought he was.

Muddy has many incidents with family and friends in the book, but nostalgia took over when songs like "Farther Along" and "Angel Band" were mentioned. "Drifting Too Far From the Shore" has a bit of everything that brings the book together in one delightful look at a woman's strengths and life lessons from a character who isn't easy to forget.

This copy of the book was provided to me by the publisher in exchange for an honest review.
Read more
One person found this helpful
Helpful
Report abuse
See all reviews