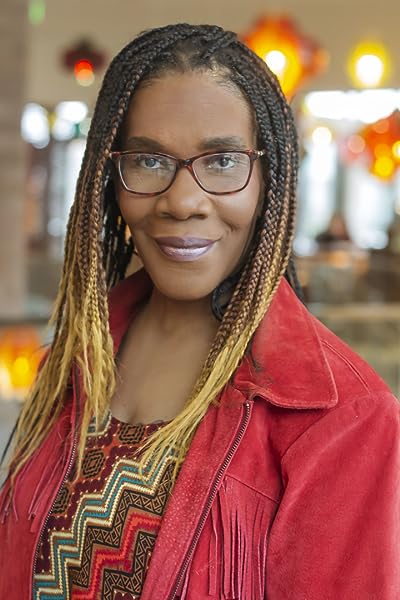 "I was utterly haunted by the protagonist of Angela Jackson-Brown's beautiful debut novel, Drinking from a Bitter Cup. If ever a character has reason to be bitter or jaded, ten-year-old Sylvia Butler is it, but instead she will level you with her strength, her courage, and her tenacious grip on hope." --Katrina Kittle, The Kindness of Strangers

"In Drinking from a Bitter Cup, the challenges and revelations of Sylvia Butler's life become her inheritance...delivered in Angela Jackson-Brown's evocative prose, textured with beauty and weight." --Ravi Howard, Like Trees, Walking

"Riveting throughout, with a harrowing climax, Drinking from a Bitter Cup is a deeply moving, voice-rich novel about the ways in which we find resilience even in the most traumatic situations. An impressive debut indeed." --K.L. Cook, Love Songs for the Quarantined and Last Call

"Superbly crafted. . . .A necessary read for all." --Adriena Dame, The Moo: Stories and a Novella

"There are many lessons to be found in this powerful book, perhaps none as profound as the one our heroine learns over the course of her journey: that the ultimate form of love is survival, which she does with dignity and grace. This story of heartache, longing, loss, and faith is a wonderful novel, one whose voices will remain in your head long after you read the final lines." --Rachel Harper, Brass Ankle Blues: A Novel

Angela Jackson-Brown is an English Professor at Ball State University in Muncie, IN. She graduated from Troy University in Troy, AL (B.S. in Business Administration); Auburn University in Auburn, AL (M.A. in English); and Spalding University in Louisville, KY (MFA in Creative Writing). Her work has appeared in literary journals, such as: Pet Milk, Uptown Mosaic Magazine, New Southerner Literary Magazine, The Louisville Review, Muscadine Lines: A Southern Journal, Blue Lake Review, and 94 Creations. Her short story, Something in the Wash was awarded the 2009 fiction prize by New Southerner Literary Magazine and was nominated for a Pushcart Prize in Fiction. Her play, Wade in the Water, was professionally read at The University of Louisville in the summer of 2012. She is the mother of two sons, Justin and Michael, and the wife to Robert L. Brown.

Start reading Drinking from a Bitter Cup on your Kindle in under a minute.

4.6 out of 5 stars
4.6 out of 5
239 global ratings
How are ratings calculated?
To calculate the overall star rating and percentage breakdown by star, we don’t use a simple average. Instead, our system considers things like how recent a review is and if the reviewer bought the item on Amazon. It also analyzes reviews to verify trustworthiness.
Top reviews

M.L.
5.0 out of 5 stars Gripping, beautiful, and surprisingly lyrical
Reviewed in the United States on December 27, 2015
Verified Purchase
A moving tale of Sylvia's emotional and difficult childhood and teen years - full of upheaval, powerfully narrated and with characters painted with bold brushstrokes. The characters are not nuanced - each plays a fairly straightforward role of evil, redemption, support, love (etc), but Jackson-Brown very capably handles them so they are not caricatures or one-dimensional. The story moves along (and like the characters themselves, the storyline is somewhat predictable and yet still gripping, never boring). I found myself in tears at around 94% of the way through the kindle version when Sylvia crawls back into her Mama's big old bed, as Jackson-Brown brings the story full circle and you realize that this little girl has grown up through so much yet retains her vulnerable core. Definitely worth a read.
Read more
4 people found this helpful
Helpful
Comment Report abuse

Karen Green-Berry
5.0 out of 5 stars Intriguing
Reviewed in the United States on March 24, 2016
Verified Purchase
I've had this book in my kindle for a couple of years and I'm so glad I finally decided to read it. It tells the heartbreaking yet heartwarming story of Sylvia Butler. It's a story of love, hate, depravity, hope and perseverance.

Sylvia has endured so much in her young life. Her mother's mental health issues and eventual suicide. Moving to live with a father she didn't know and all she encountered there. She endured so much sadness and brutality in her short life but she rose above it all.

The author has done a terrific job of telling this gripping tale; one that draws you in and I it were possible, reach into the pages and strangle some of the characters. I would have loved to know what happened beyond where this book ended. I hope there will be a follow up book.
Read more
3 people found this helpful
Helpful
Comment Report abuse

Lauren Bishop-Weidner
5.0 out of 5 stars compelling character, nuanced narrative
Reviewed in the United States on December 20, 2013
Verified Purchase
Just wait until you meet 15 year old Sylvia Butler, the courageous, resourceful, gritty heroine of this beautifully wrought debut novel. A character-driven story rendered with compassion and grace, this novel will remind you why you love to read. Young Sylvia is in need of a family. Along the way, she discovers the steely core inside herself, despite the obstacles life pelts her with. Though the story comes to us through Sylvia’s adolescent and childhood eyes, this is an adult novel, a clear-eyed portrayal of the human condition in all its glory and depravity. Jackson-Brown compels her reader to look beneath the surface, subtly leading the way to empathy and perhaps redemption. Sylvia is a survivor. Her quest for family may be thwarted by human foibles, but her soul is not corrupted. This girl reminds me to seek the God-spark that is in every human heart.
Read more
8 people found this helpful
Helpful
Comment Report abuse

One confusing sentence: "...because Cousin Jean and I found one in her brother, Henry's room."

One sentence reminded me of my own childhood: "She did all the mothering things but without any hint of being a mother.
Read more
One person found this helpful
Helpful
Comment Report abuse

Amazon Customer
4.0 out of 5 stars Engrossing!!
Reviewed in the United States on January 2, 2014
Verified Purchase
The main character in this novel is a young girl desperately in need of a family. The death of her mother leaves her alone, in the care of her biological father whom she has never met. Although the father welcomes Sylvia into his home, the new stepmother sees her as proof of infidelity and cannot accept her emotionally. The complex emotions of the characters are well written, rich and believable. Kudos to Ms. Jackson-Brown, I eagerly await your next novel.
Read more
9 people found this helpful
Helpful
Comment Report abuse

Amazon Customer
5.0 out of 5 stars Well-worth your reading time
Reviewed in the United States on February 19, 2014
Verified Purchase
Wow! What a fabulous story. It's been a long time since I've come across a "can't-put-it-down" book.

I instantly fell in love with Sylvia, and I wanted to reach into the pages of the book and bring her home with me. Her sweetness, strength and resilience in the face of soul-crushing devastation, which no child should ever have to go through, was heart-breaking but inspiring.

Ms. Jackson-Brown did a wonderful job developing the story with a great cast of supporting characters, none of which, ever hit a wrong note.

Endearing, uplifting, sad, hopeful, scary, infuriating, suspenseful, horrifying, heart-breaking, and ultimately, satisfying is the journey Ms. Jackson-Brown took me on with Drinking from a Bitter Cup. I enjoyed every minute of it.

My only gripe is with the cover of this book. I understand the meaning, but I don't think it conveys any connection to Sylvia and her gripping tale.

Beyond that complaint, this is a story well-worth your reading time
Read more
One person found this helpful
Helpful
Comment Report abuse
See all reviews

elegni
5.0 out of 5 stars fantastic
Reviewed in the United Kingdom on February 3, 2014
Verified Purchase
Book keeps you gripped from start to finish. Very compelling, heartbreaking at times, but compelling. I Couldn't put it down.
Read more
Report abuse

Pamela
4.0 out of 5 stars I recommend reading this book.
Reviewed in the United Kingdom on February 23, 2014
Verified Purchase
It's gritty, thrilling and edgy. I felt the main characters pain.i enjoyed this novel and look for others written by this author. I can't wait for number 2!
Read more
Report abuse
See all reviews