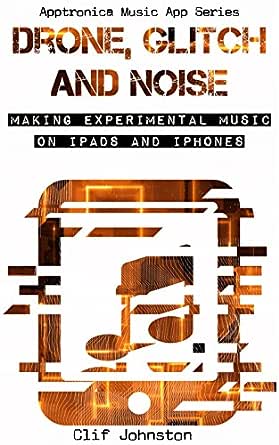 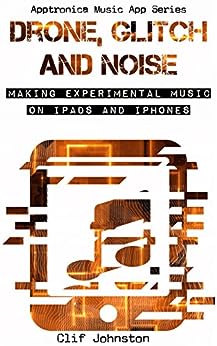 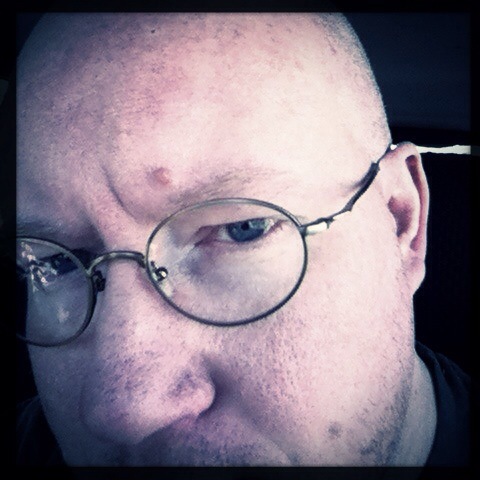 "I bought it immediately when it appeared in Amazon Kindle Store and I need to say that this book is a must read for all iOS musicians from beginners to professionals." - iPad Music
"Put down the Dostoevsky you hipster, and go get this book." - iOS Mars
"Clif is one of the pioneers of iOS music making and, if your musical interests overlap with his, then this will be well worth a read." - Music App Blog

iOS as a music-making platform has matured a lot over the past few years, and iPads especially are becoming more commonplace in studios and live setups. The public perception has gone from seeing iOS devices as nothing but toys, music-wise, to headlines on the cover of major music publications saying, "Take iOS Seriously".
For experimental musicians, iOS music is the cutting edge, the frontier to be explored. One of my goals for Drone, Glitch and Noise is to raise awareness of that fact to those experimental musicians who may not be aware of the capabilities of these apps and devices. On the flip-side, I hope to make existing iPad and iPhone users aware that they're carrying around a serious music studio.
Of course, I also want to offer a valuable resource for existing iOS musicians by providing an introduction to experimental music, and by presenting apps they may not know about, or at least new ways to use the apps they already own. The acceptance and feedback so far has been good, so hopefully the book is proving helpful to folks.

katherine tomlinson
5.0 out of 5 stars At the junction of technology and imagination is...Experimental Music
Reviewed in the United States on May 30, 2015
Verified Purchase
I come from a musically inclined family--my sister could play three instruments by ear, my brother and mother both played instruments. But although I always heard music in my head, I never had the tools to make it real. Now, thanks to all the music apps, I can. (Even though I am, totally, tech challenged.) I love Johnston's approach here--that the purpose of a work of art is to communicate. It's clear that he doesn't only know how to communicate via music, he's got the writing part down too. (And I love the design on the book cover. I'd like a t-shirt with that.) this is a great place to start playing around with experimental music and I really appreciated the brief (yet comprehensive) resource guide at the back.
Read more
One person found this helpful
Helpful
Comment Report abuse

RockPort
5.0 out of 5 stars Excellent book!
Reviewed in the United States on September 26, 2019
Verified Purchase
I expected to get informed about about the various apps available for iOS to make experimental music and indeed I did. The bonus was chapters 1 - 3 that were part philosophy, theory and motivational. Well done!
Read more
Helpful
Comment Report abuse

Silhouette
2.0 out of 5 stars For beginners only!
Reviewed in the United States on June 15, 2015
Verified Purchase
The meat of this book is pretty much just a listing of various apps and their descriptions. It could be equally as well served by reading app descriptions on the App Store. If you have any prior knowledge of experimental music, or if you've worked with music on a computer, there's not much to find here. These are all apps that you've likely already heard of and perhaps have already used. For an absolute beginner to the style and to digital music production, I can see the value of having the guiding hand here to show you some apps to try out. Otherwise, just ask your peers in your favorite online music production group what they've been enjoying.

That being said, the title is "Drone, Glitch and Noise: Making Experimental Music on iPads and iPhones", but since so much of the book is just the apps and descriptions, there's not really much of that in the book sadly, and anything on the subject feels really annoyingly glossed over. I would have liked to see much more about the actual process of making the music. To have the window into someone else's process and see what it's like compared to my own, and to learn what I can adopt that would improve my own process. It felt like that's where it might go after the introduction, but it never makes that step into actually making music. The two short chapters following the introduction just tease it by largely consisting of advice that is either obvious or oft-repeated in music production circles.

The introduction I really liked though, I admit. (It's what got me to buy the book after all. After reading the free sample.) It was really interesting to read about the author's take on what experimental music meant to him, and the different philosophies behind it. Would have liked to have seen that more throughout.

In short, if you've never made music digitally and want to with your iPad, come on in. It's only a couple dollars. However, if you do have some experience with digital music production, give this a pass.
Read more
3 people found this helpful
Helpful
Comment Report abuse

Christopher Hord
5.0 out of 5 stars Informative and interesting
Reviewed in the United States on July 2, 2015
Verified Purchase
This slim, modestly-priced book is full of useful advice from an author who knows a lot about using mobile devices to make music. It offers three main uses: It discusses the big picture -- why we make music with the devices and different paths you might choose to approach your goals. At a more "medium" level -- it discusses workflow, and ways to make composing and recording faster, easier, and more efficient. At the most detailed level, it also offers a nice summary of many popular, well-established apps you might want to use.

The book is well-written, and moves along crisply. I think this could be invaluable to a beginner, and wish I had a copy then. But I believe a lot of interested readers will find useful info here -- I sure did!
Read more
Helpful
Comment Report abuse

MikeB
5.0 out of 5 stars Great book
Reviewed in the United States on May 30, 2015
Verified Purchase
Amazing book full of insights from one of the most respected iOS music pioneers. I'm experienced iOS musician and I found many useful tricks with iOS apps that I was not aware of.
Read more
One person found this helpful
Helpful
Comment Report abuse

justsomeone
5.0 out of 5 stars Some direction from an experienced artist
Reviewed in the United States on May 31, 2015
Verified Purchase
A relatively quick but very informative read. If you make or want to make music of any type on an iPad or iPhone, this is for you. Can't wait for more from this author.
Read more
Helpful
Comment Report abuse

Nick
5.0 out of 5 stars The beginner's guide for experimental music creation on Ipad/Iphone
Reviewed in the United States on June 5, 2015
Verified Purchase
This book consists of simple and easy to understand descriptions of apps for creating experimental music. Good for people who wanna start creating such music on IOS devices.
Read more
One person found this helpful
Helpful
Comment Report abuse
See all reviews

C Rodgers
5.0 out of 5 stars Essential reading for iOS music makers
Reviewed in the United Kingdom on June 3, 2015
Verified Purchase
This book is a great introduction to some of the more adventurous and left field music apps that are available in iOS, and how to use them. The author writes with an infectious enthusiasm for the subject of making experimental music, and I felt I really understood the joy of approaching creating music in this way. It has given me the confidence to break out of the more traditional approach to music making and basically just go for it. I would love to see a companion book that delves deeper into this subject or anything on making iOS music, it's techniques and workflows. All in all a great read, very motivating and a great way to discover new tools for your iOS music making.
Read more
Report abuse

J O'Connor
5.0 out of 5 stars Great guide to making music on iOS devices
Reviewed in the United Kingdom on May 30, 2015
Verified Purchase
Not just for experimental music as the title suggests this book starts with some good advice around getting started and exploring creative options when making music generally. The rest of the book is a guide to some of the currently available iOS music apps and what they do.
Read more
Report abuse

Alexandre Leroux
5.0 out of 5 stars A rare and useful summary on experimental apptronica music
Reviewed in Canada on June 6, 2015
Verified Purchase
Thanks to this book, I'm now able to better describe what I do and what's my relation with mobile device music creation.

Clif's book might be short but I feel it successfully covers the most important aspects of experimenting with music apps.

With apptronica music getting more and more adepts everywhere, expect many more books on the topic it he coming years... Clif's book serves as an excellent introduction.

Of course, the more you wait to read this book, the more the description and selection of apps in the book won't reflect the current state of musical apps available. This book will eventually need to be updated to stay relevant. That said, the first chapters don't deal with specific apps and will provide value for a long time.