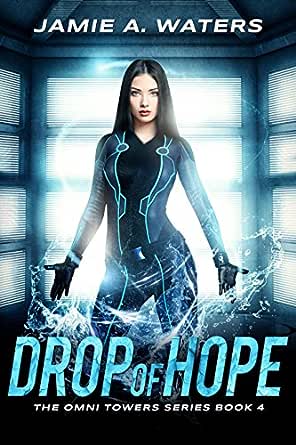 You've subscribed to The Omni Towers Series! We will preorder your items within 24 hours of when they become available. When new books are released, we'll charge your default payment method for the lowest price available during the pre-order period.
Update your device or payment method, cancel individual pre-orders or your subscription at
Your Memberships & Subscriptions
There was an error. We were unable to process your subscription due to an error. Please refresh and try again. 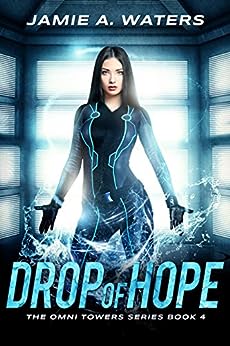 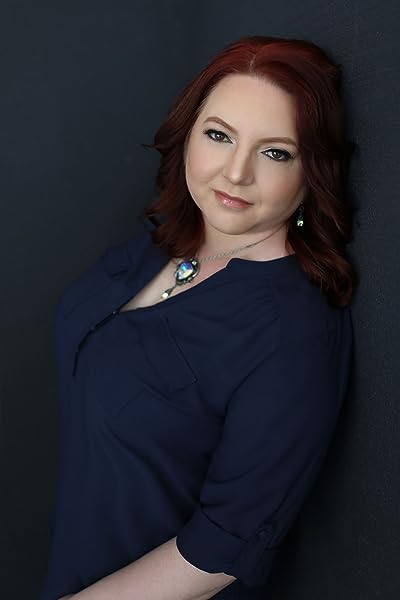 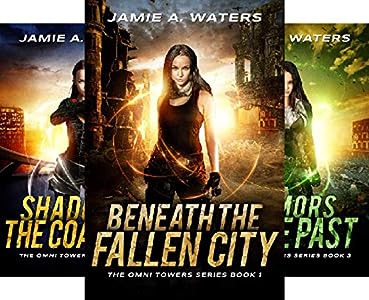 NEWSLETTER SIGN-UP
Copy and paste the following in to your browser to sign up for new release announcements and exclusive extras: JamieAWaters.com

·Reading Order for Jamie A. Waters's The Omni Towers Series:

·Other books by Jamie A. Waters
·Ruins of Fate (The Omni Towers, Prequel) Bonus Story

Carolyn E. Zeber
5.0 out of 5 stars GREAT SERIES!
Reviewed in the United States on November 24, 2018
Verified Purchase
I enjoyed the fact that the flow of the story is interesting, smooth and easy to follow. Jamie Waters has a way of presenting her characters clearly, One always knows what is happening and who is speaking or thinking. One feels that there is really such a place as "The Omni Towers." This would make a great TV series.
Read more
Helpful
Report abuse

Severard
4.0 out of 5 stars All of Jamie's characters are fleshed out with intriguing motivations and back stories.
Reviewed in the United States on December 22, 2020
When Kayla's major arc had come to an end in the last book, I still found myself so curious about the rest of the world we'd been opened up to. Things between the Coalition and the Omnis was tenuous at best (heck, same goes for Kayla and most of the Omnis), and political plays were still threatening Alec's rule. Also, in accepting that the bond between himself and Kayla wasn't meant, Alec was now unattached and needed to find the same level of happiness that Kayla and Carl shared.

Despite Drop of Hope switching to multiple other points of view, I really enjoyed this book. All of Jamie's characters, even the villains, are fleshed out with intriguing motivations and back stories. Alec and Ari's history and budding courtship was a pleasant change of pace from the kind of relationship he and Kayla had. I also found myself intrigued with the balance of power within the Coalition and those fighting for their place amidst the new tower.

My only disappointment was that it seemed that, outside of some scoffing at Alec's position as High Council Leader, there wasn't any evidence of the turmoil we saw between different Inner Circle members at the end of the last book. Investigations were referenced, but with how things were left previously, I would have thought we'd see more issues threatening his rank. Seara was also largely MIA (though perhaps it could be said that she was busy putting out fires while Alec focused on Ariana). As there are still a couple books in the series, it's possible we'll learn what's been going on with all of that during this time, but I was just surprised that it was mostly missing here.

Either way, despite the change of pace and POVs, this was just as entertaining as the first three books and I'm immediately jumping into the next. I received a free copy of this book through BookSirens and am leaving my review voluntarily.
Read more
Helpful
Report abuse

Kim
4.0 out of 5 stars Not my favorite of her books, but still not bad!
Reviewed in the United States on January 11, 2021
**I received an ARC from Book Sirens and am leaving a voluntary review.**

I missed out on book 3 and so I was incredibly confused at the beginning of this one. Do not try and read it as a standalone. I do believe that is the reason why I gave it a lower rating as I will be honest, I adore this author. However, I was confused and I missed Kayla from the first three books. I am not quite sure how I feel about Ari. And, since at the end of the last book I read (remember, I skipped one...maybe two) Alec and Kayla were just separated so seeing him going after Ari so hard was a little bizarre.

Ari for me is not a great protagonist. She comes across as weak and wishy washy, especially when you compare her to the colossus that is Kayla. However, the plot is again amazing and you get sucked in and have to finish immediately. So, still a solid 4 stars.
Read more
Helpful
Report abuse

Wander
5.0 out of 5 stars Ariana is more than she seems
Reviewed in the United States on January 1, 2021
This is the fourth book in the Omni Towers series. You can read it as a stand alone, but it is so much better having read the previous books so you have all the background story. This story is being told mostly from Ariana's perspective. Kayla is still in the story, but is no longer the main focus. Alex and Ariana have a love story that needs to be told. There is more political intrigue between the Coalition group and the Omni Towers group. New characters are introduced. Jamie builds a great world in which very strong characters and characters with flaws fill the pages. I love the characters. This story is powerful and addictive. I loved it. I would highly recommend the book. In fact, I recommend the whole series. I can't wait to read the next story to see what is going to happen next.
Read more
Helpful
Report abuse

Bookgyrl
5.0 out of 5 stars Very enjoyable!
Reviewed in the United States on October 18, 2018
First: do not read this book if you have not read the first books as you will be totally bewildered. This is not a standalone. :-)

After Kayla in books 1-3 this one had a totally different heroine. Arianna is sweet and innocent and has some powers that are a gift and curse in one. Several men are willing to do anything to protect her. Including Alec and Sergei.

So we are back in the Omni Towers where everyone is trying to get along and build another tower.
I did not really like the fact there is - again - a love triangle. I like knowing who the hero will be. Ari also seemed a bit of a tease.

But moving on! I liked the story and was satisfied with the ending. It did seem a bit of an in-between book. Kayla got 3 books and this was of course much shorter in comparison. I must admit I have a soft spot for Kayla, so there you have it.

I think the next ones will be focusing on 1 heroine again for more books and I think that is excellent as you get a more rounded story.

Katherine J
5.0 out of 5 stars Great
Reviewed in the United States on January 2, 2021
Ari is so innocent and sweet, that does not bode well for her because her father will try to use her as currency. I hate that women are used like that in any time. If you have followed this book series you will have seen mention of Ari and her brother who helped try to train Kayla. Ari is very protected because they are trying to keep her talents secret from everyone. She does blossom and stand up for herself in the end and it all turns out great. I am looking forward to the next book in the series, can’t wait.

Scarolet Ellis
5.0 out of 5 stars Amazing read.
Reviewed in the United States on July 10, 2019
Drop of Hope by Jamie A. Waters is another amazing story I have read. This is book number four in this amazing story that I have loved reading. I don't think these stories can get anybetter I will have to wait till the next book to see. I highly recommend this story to everyone who loves reading Sci-Fi stories.

HDFrenchies
1.0 out of 5 stars LOVED Series~!
Reviewed in the United States on November 7, 2018
I really loved this series and then four books in the author changes stops writing about the main character and starts writing spin offs with other characters, so didn't bother to read further. It was really aggravating. I have no problem with spin offs, but please market them as spin offs and not a continuation of the main story.
Read more
One person found this helpful
Helpful
Report abuse
See all reviews

Claire Simpson
5.0 out of 5 stars drop of hope
Reviewed in the United Kingdom on April 16, 2020
Verified Purchase
i haven’t read such a lovely for a long time. it was brilliant and i’ve downloaded the complete series nd can’t wait to start reading them i highly recommend this book to anyone who loves a good story with strong characters this is a definite winner
Read more
Report abuse

Kay Mack
5.0 out of 5 stars As the story goes...
Reviewed in Australia on September 1, 2019
Verified Purchase
Ariana and the men drawn to her like bees to honey makes for exciting sexy reading. And life in the Omni towers is, as always, full of traps and turns. Sometimes that bad guy turns out to be the opposite. Sometimes not. But Alec is there to make the tough decisions. There are hot women and men, some very sexy assignations and woo woo stuff. Did I like it? Loved it! Jamie A Waters has the right touch and will hold your attention in a firm grip to the end. Try this series. You’ll love it too!
Read more
Report abuse
See all reviews