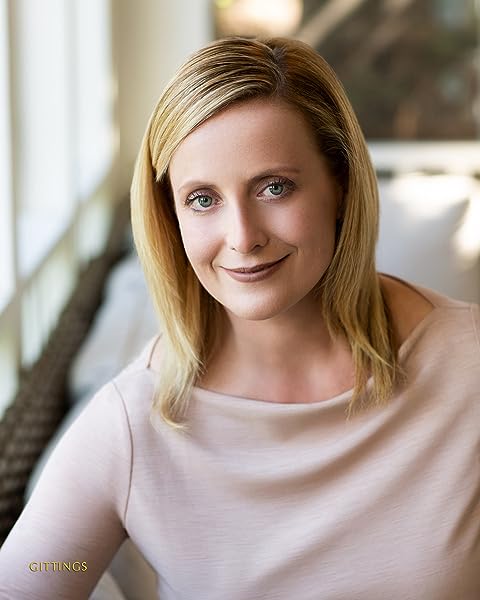 by Dawn Adams Cole (Author)
4.6 out of 5 stars 52 ratings
See all formats and editions
Sorry, there was a problem loading this page. Try again.

A story of love, loss, and rebirth
Spanning the years 1930–2014, Drops of Cerulean chronicles the lives of Ilona, the daughter of a Greek restaurateur, who marries into a prominent Houston family; her son, Cadmus, who becomes a professor and then moves into a retirement home after his husband passes away; and Delphina, an anxiety-ridden woman with a mysterious recurring dream.

Ilona and Cadmus have a falling out when Cadmus is a young man, and before they are able to reconcile, Ilona dies. Cadmus is plagued with guilt and feels responsible for the death of his mother. Two worlds collide when, years later, Delphina comes to understand that she had been Ilona, Cadmus’s mother, in her previous life. Well written and engaging, Drops of Cerulean deals with topics such as socioeconomic class, LGBT rights and acceptance, rebirth, and past-life regression.

Set in Houston and revolving around the city’s ever-changing skyline, Drops of Cerulean is an amazing debut from a gifted writer.

Dawn Adams Cole was born and raised in Houston. She received her BA from the University of St. Thomas and her MEd from Harvard University. Dawn wrote Drops of Cerulean while serving as a high school teacher and administrator. She hopes to create thought-provoking literary fiction that challenges readers to live deeply and appreciate interconnectedness. She lives in The Heights with her husband, Burton, and her daughters, Caroline and Elizabeth.

Dawn Adams Cole was born and raised in Houston. She received her BA from the University of St. Thomas and her MEd from Harvard University. Dawn wrote Drops of Cerulean while serving as a high school teacher and administrator. She hopes to create thought-provoking literary fiction that challenges readers to live deeply and appreciate interconnectedness. She lives in The Heights with her husband, Burton, and her daughters, Caroline and Elizabeth. Visit dawnadamscole.com to learn more.

Amazon Customer
5.0 out of 5 stars Lessons in empathy
Reviewed in the United States 🇺🇸 on February 5, 2019
Verified Purchase
There are so many outstanding things about this novel; I’m not sure where to begin. I love that this book is set in the City of Houston and features the Heights neighborhood prominently. I don’t know very many books that do. Since Houston is my adopted home town, I thoroughly enjoyed reading about it and learning more of its history.
Next, I loved Ilona’s character and her story. I loved hearing what life was like back in the 30’s and 40’s. Every part of her life made this book a page-turner for me. Interwoven with her story, was also a story of two families coming together. In their coming together, the author so perfectly portrays real family life and real family challenges. Love, joy, growth, betrayal, rifts, isolation, playing favorites, non-acceptance, power-plays were all included in the plot. The author artfully and honestly illustrated so many aspects of family life.
One of the main characters, Cadmus, is gay. The author did an amazing job revealing the challenges of being gay, especially in that time period. Cadmus had to conceal who he was most of the time even after his husband died. This was something that had never occurred to me that a gay person would need to conceal who they were even after their spouse had died; this made me realize how exponentially more difficult that would make it to grieve your life partner.
One other element of the book that I found amazing is that the author described one of the characters feeling the presence of one of his parents after they had died. This is something that happened to me with my grandfather six months after he died. I was so blown away that the author could describe an event like this so realistically and accurately; it brought back memories of my encounter with my grandfather.
In summary, this book was a joy to read. It thoroughly entertained me, educated me about Houston history, and taught me many lessons in empathy. Kudos to the author!

Christopher Villarreal
4.0 out of 5 stars A Story of Acceptance and Hope
Reviewed in the United States 🇺🇸 on January 29, 2019
Verified Purchase
This book is not a quick read, but as I read the poem that closes out the novel, I confirmed my feeling that it is meant to be consumed delicately.

I adored Ilona’s story; there were times I found myself rushing through Cadmus’s chapters to get to the next Ilona chapter. Because of my affinity for Ilona, I struggled to connect with Delphina in Part 2.

Part 1 also was reminiscent of the episodic plot structure and regional narrative exemplified in works such as To Kill a Mockingbird, which I loved. Part 2 did not feel the same and required a suspension of disbelief that I could not fully commit to regarding reincarnation and past-life regression.

Overall, I thoroughly enjoyed the book. The narration felt a bit over-worked in parts, but the strong character development counteracts that throughout. Its passages on heartbreak were poignantly written and the parting message of acceptance and hope left me feeling good about what I read.
Read more
2 people found this helpful
Helpful
Report abuse

Andrea
5.0 out of 5 stars Interesting, thoughtful, and set in Houston
Reviewed in the United States 🇺🇸 on February 9, 2019
Verified Purchase
What a wonderful story. Based in Houston, by local author, Dawn Cole. I have lived in Houston my whole life and learned new and fascinating things about my city during the course of this book. I feel like my grandparents could have been customers at Lawndale Cafe.

I love reading books that show how we are all interconnected and feature characters that are relatable. I found myself in the quiet strength of Ilona. I also have 2 children that are completely different and a husband from another 'world' outside of my own. There are twists; some interesting, some heartbreaking. I felt compassion for all the characters and even though some are surrounded in tragedy, Dawn Cole leaves us with a feeling of hopefulness at the end.

I am ordering another book for my mom who also grew up in Houston and plan to go to one of the book signings. I highly recommend this book and hope Mrs. Cole is already working on another one. She's a great storyteller and I cannot wait to see what will come next.
Read more
2 people found this helpful
Helpful
Report abuse

Emily R Cole
5.0 out of 5 stars Life is an everlasting treasure.
Reviewed in the United States 🇺🇸 on February 3, 2019
Verified Purchase
I enjoy reading novels that reach out and capture my conscience, evoke a new curiosity, or introduce a new revelation. Once I have finished reading a novel, I continue to reflect on the storyline, the characters I cherished and the new thoughts swirling in my head that expand my personal growth. Having read Drops of Cerulean several times, I highly recommend this novel.

Setting the story in early Houston (1930’s) and developing the story as the city of Houston grows (up to the year 2014) was a very clever way to introduce and promote the characters. The attitude of the characters and their ever growing emotions and beliefs, often reflect the same attitudes of the burgeoning city. The story line includes family dynamics, interconnectedness of emotions and relationships, and the notion of reincarnation. This beautifully written, evocative novel stays vibrant til the end and yet by the end the messages are as transparent as the hues of cerulean.
Read more
2 people found this helpful
Helpful
Report abuse

Lisa Harrison
5.0 out of 5 stars A Love Letter to Houston
Reviewed in the United States 🇺🇸 on March 5, 2019
Verified Purchase
So what might happen to a mother’s love when her life ends before her work is done? And what might happen when forces of love and ambition collide, dividing families along fault lines that span generations? These questions and more are explored in this novel, set in Houston and taking us into the lives of characters who draw us in and keep us thinking of them long after the reading is done. Along the way, we accompany a family and share its joys and sorrows.

This is a novel for readers who want to take a deep dive into another era and savor the journey.
Read more
2 people found this helpful
Helpful
Report abuse

Jordan
5.0 out of 5 stars Drops of Cerulean
Reviewed in the United States 🇺🇸 on February 5, 2019
Verified Purchase
This novel is beautifully written, and tells a unique story full of emotion and introspection. At times I felt like I was part of the characters’ lives, as if I was there with them in pain and love. The story spans decades, and comes full circle at the very end. This is a thought provoking novel that digs
into some of the mysteries of our lives and connections. It awakens new ways to see the universe, and as I read this novel, I found myself in constant reflection of my own life story, and perhaps stories that sleep deep within my soul. I loved it!
Read more
One person found this helpful
Helpful
Report abuse
See all reviews