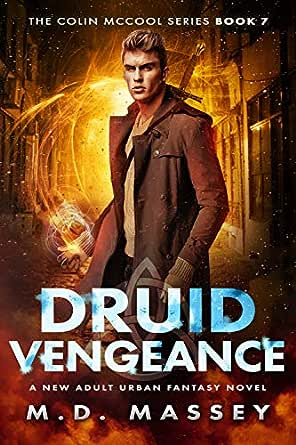 You've subscribed to The Colin McCool Paranormal Suspense Series! We will preorder your items within 24 hours of when they become available. When new books are released, we'll charge your default payment method for the lowest price available during the pre-order period.
Update your device or payment method, cancel individual pre-orders or your subscription at
Your Memberships & Subscriptions
There was an error. We were unable to process your subscription due to an error. Please refresh and try again. 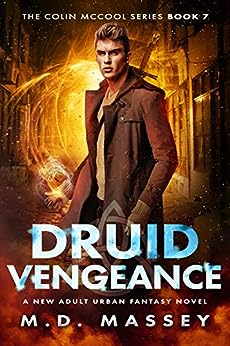 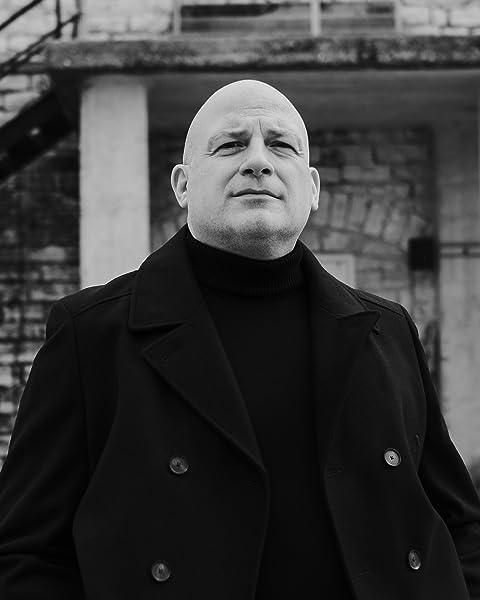 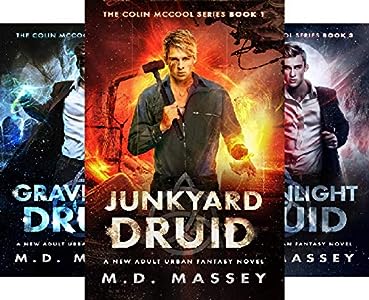 4.7 out of 5 stars
4.7 out of 5
206 global ratings
How are ratings calculated?
To calculate the overall star rating and percentage breakdown by star, we don’t use a simple average. Instead, our system considers things like how recent a review is and if the reviewer bought the item on Amazon. It also analyzes reviews to verify trustworthiness.
Top reviews

Babs
5.0 out of 5 stars Druid's too much life
Reviewed in the United States on November 12, 2018
Verified Purchase
Junkyard Druid, what are we going to do with you? Colin is a Druid whose powers keep getting better. Locked in a desolate and dangerous post apocalyptic world for six mouths, he's having a hard time recovering his equilibrium. Now on a quest to stop the end of his world as he knows it, he jumps in to save the world. Using his new powers and knowledge, he bulls his way in to overwhelm and eliminate the enemy...and sometimes his frenemies...unfortunately. Too overwhelmed he throws away opportunities that will ultimately lead to the cliffhanger we are left with at the end of the book. Making new cohorts, trying to get his girlfriend back, ignoring and hating the new persona of his ex-girlfriend, Jesse now Dryad. Ignoring advice and new skills and power to use....what could go wrong? Find out as this series evolves and captures you so you can't put it down. Now all we to do is convince the author to hurry up with the next one in this series. I can't wait months to find out what happens to our Druid, Colin.
Read more
Helpful
Comment Report abuse

BC1130
5.0 out of 5 stars Outstanding!
Reviewed in the United States on November 6, 2018
Verified Purchase
Everything has to be excellent, characters, plot, pace, action, details, background, etc., etc., for me to give 5 stars to a book. I loved everything about this 7th installment in the Junkyard Druid series. Truthfully, from about book 5, I have been expecting a slump in the storytelling because it seems to happen a lot with long series, that somewhere along the way the author seems to lose interest in his story and is pushing to get out another book in the series. That has not happened here! Every book in the series has been better than the one before and to my delight and pleasure this book is no exception. I ditto all the others who have said this book is the best one yet! I don't know how MD Massey can better it in the next book, but I am almost certain that he will.
Read more
One person found this helpful
Helpful
Comment Report abuse

Antonio Gonzalez
4.0 out of 5 stars Great action and storyline.
Reviewed in the United States on December 6, 2019
Verified Purchase
This was action packed and a great entry in the saga of Colin McCool. Can't wait for the films or series. Great twists and new characters. And what a great cliffhanger of an ending. After 6 books I do wish I could click an active link to remind me who/what some of the characters are like Dagda or the Tuatha that gets me a little lostt not remembering their backstory which is why I gave a 4 star instead of five. I would recommend to anyone who loves this genre and the Colin McCool series.
Read more
Helpful
Comment Report abuse

Kindle Customer
5.0 out of 5 stars Fantastic full circle
Reviewed in the United States on November 8, 2018
Verified Purchase
This is by far one of my fav books by M.D. as it brings his THEM series and this series full circle. It has great character building/development, killer action and fantastic humor. I am always looking forward to his his next book but I finally hit a mark in his books where I swore when I hit the end. Now it's the fun of waiting for the next great chapter on how well Colin can fecking muck up things!
Read more
2 people found this helpful
Helpful
Comment Report abuse

Kindle Customer
4.0 out of 5 stars And the plot thickens
Reviewed in the United States on December 9, 2018
Verified Purchase
This tale starts with the Junkyard Druid, Colin McCool, in an apocalyptic world like M.D. Massey's other series THEM, fighting the various zombies and undeads, trying to keep a group of children alive. Suddenly he is yanked back to his own reality and told only he can keep that future from becoming his time's future. From then on he jumps from one danger to another, trying to find the master mind behind the rapidly approaching apocalypse. There is betrayal, new friends and allies, lots of fighting, and one heck of a cliff hanger ending. Looking forward to reading the next book.
Read more
Helpful
Comment Report abuse

ATXexas
5.0 out of 5 stars Melding story lines
Reviewed in the United States on November 5, 2018
Verified Purchase
It's been hinted at in other books but you're finally going to see the melding of Scratch's timeline and Colin's. It's a really cool mechanic b/c it opens up possibilities for all sorts of crazy adventures, catastrophic adventures that might be able to be rolled back or at least muted a bit. Makes the zombie destruction genre feel a bit less apocalyptic while retaining the adventure and gnarliness.

Colin is pretty awesome in this one, coming into his own as a true badass. The God Killer's reputation is preceding him in a good way.

M. Morgan
5.0 out of 5 stars A great series
Reviewed in the United States on November 9, 2018
Verified Purchase
Having read the other books in this series, I thoroughly enjoyed this one. The book starts a little quick with minimal to no preamble, setting up what is occurring. Once I was over that issue the book clips along at a good pace with plenty of action. The character development continues to evolve with new characters added that I look forward to seeing in the next book. If you are a fan of urban fantasy you will enjoy this series. That being said, you will want to start with book #1 as they each build on the previous one.
Read more
Helpful
Comment Report abuse

Irisheyes
5.0 out of 5 stars A spellbinding story!!
Reviewed in the United States on February 11, 2019
Verified Purchase
The books in the "Junkyard Druid" series just Get better and better. This is the latest book and I could hardly put it down to sleep or work. I can't wait for the next, as although the main plot of the books are resolved satisfactorily at each ending, the author has begun putting cliffhangers at the very end.

A really good way to ensure sales for the next book and the characters are developing nicely along the way.. I recommend this series highly.

Minxie
5.0 out of 5 stars Evil!!
Reviewed in the United Kingdom on November 19, 2018
Verified Purchase
I swear, Mr Massey, you are trying to drive your readers completely insane! After the last cliffhanger ending I thought we might be given a reprieve, but nooooooooooooooooooope!

Good gosh but this was an amazing book! Everything, from the storyline to the characters was absolutely fantastic! Kept me gripped from beginning to end, and - of course - I'm DYING for the next installment!

To anyone on the fence regarding this book, I HIGHLY urge you to buy it and read it! It's worth every penny spent!

To Mr Massey - please please PLEASE keep writing this series, it's ridiculously addictive and SO awesome!

Little side-note, the phrase is "could not (or couldn't) care less". Makes a trifle more sense than "could care less" - the latter implies that there is still some care to be given.
Read more
Report abuse

Joviswoman
5.0 out of 5 stars Wonderfully enthralling.
Reviewed in the United Kingdom on November 14, 2020
Verified Purchase
Things aren't going well for my fav Druid.

He's thrown into the future for over a year, and when he returns to the exact time he left he's told he needs to stop what he's seen.

Old enemies become frenemies in the fight to stop the other future happening.

Cheryl
5.0 out of 5 stars Awesomeness in written form
Reviewed in the United Kingdom on November 5, 2018
Verified Purchase
Colin McCool is back from the future! His newest adventures are a rollercoaster ride full of humour heartache and of course vengeance. Lots of old friend are back my old favourites crowly and hemi included. Its like infinity war for supernaturals. Loved this story and can't wait to see whats next for colin.
Read more
Report abuse

Kindle Customer
5.0 out of 5 stars Loved this series
Reviewed in the United Kingdom on March 30, 2019
Verified Purchase
I love the new take on the old British / Irish deities I really like this genre of book and I have to admit I read the whole series from start to finish. A big thumbs up from me.
Read more
Report abuse

Chris Ecclestone
5.0 out of 5 stars Brilliant
Reviewed in the United Kingdom on November 10, 2018
Verified Purchase
OMG! These books just keep getting better and better. Colin McCool is AWESOME! Mr Massey you are a genius sir!
Next please...
Read more
Report abuse
See all reviews