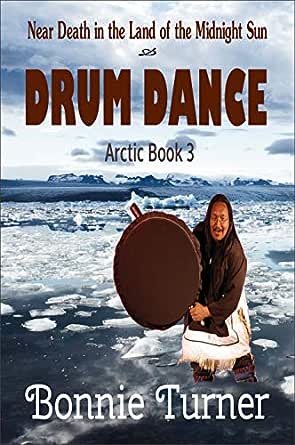 You've subscribed to Arctic Series! We will preorder your items within 24 hours of when they become available. When new books are released, we'll charge your default payment method for the lowest price available during the pre-order period.
Update your device or payment method, cancel individual pre-orders or your subscription at
Your Memberships & Subscriptions
There was an error. We were unable to process your subscription due to an error. Please refresh and try again. 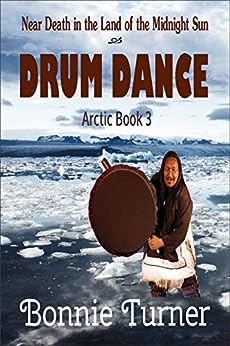 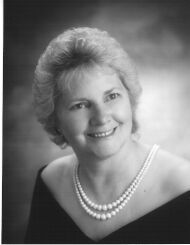 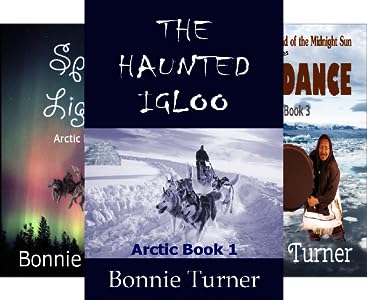 Packed with action and adventure and set in the Canadian Arctic in the late 1930s, the intriguing plot blends Inuit traditions with the external conflicts between a seventeen-year-old Canadian, David Jansson, and his despotic forty-one-year-old father, Per. ~ M. Wayne Cunningham, ForeWordClarion Reviews

"Booksellers, librarians and readers are always saying they're lookingfor something original to read. Well, they need look no further than Drum Dance, a refreshing YA novel with an accomplished voice and a strong sense of place." ~ Lauren Baratz-Logsted, author of The Twin's Daughter

Drum Dance began as a sequel to my middle-grade novels--The Haunted Igloo and Spirit Lights, but I soon discovered my young protagonist, David Jansson, had his own story to tell, and the novel evolved into a stand-alone story for older teens and adults.
An avid fan of Arctic stories, I wanted to explore the Hudson's Bay fur-trading posts in the Central Arctic, and learned there's very little information available for that time period. My contact at the Hudson's Bay Company (in Canada) located a few old, hand-written ship- and trading-post logs and bills of laden, as well as the name of the supply ship that serviced Gjoa Haven in the late 1930s.
My extensive research and the writing of Drum Dance was truly a labor of love with a strange feeling of magic. I know I wasn't there, yet somehow I was....
I hope readers enjoy David's story about his two years at a fur-trading post. While this isn't a true sequel to Spirit Lights, people who have read that book are going to get a huge surprise about halfway into this one, because it clears up an issue left hanging in the other book.
With climate change now altering the face of the Arctic--not to mention making life more difficult for the Inuits in their homeland--I feel it's important to preserve this information for future generations.
*Drum Dance was a "2011 Amazon Breakthrough Novel Awards" Quarter-Finalist.


Wisconsin author Bonnie Turner has published four juvenile books and one adult novel set in the Great Depression (Face the Winter Naked). --This text refers to an out of print or unavailable edition of this title.
Read more

4.1 out of 5 stars
4.1 out of 5
19 customer ratings
How does Amazon calculate star ratings?
Amazon calculates a product’s star ratings based on a machine learned model instead of a raw data average. The model takes into account factors including the age of a rating, whether the ratings are from verified purchasers, and factors that establish reviewer trustworthiness.
Top Reviews

Mary McPhee
4.0 out of 5 stars Brings the Arctic to life
Reviewed in the United States on September 12, 2013
Verified Purchase
I read Drum Dance on the recommendation of a friend to whom I am grateful. I loved being transported, while still in my warm and cozy living room, into the below-freezing, wind-swept world of the Canadian Arctic. I had doubted before that igloos of childish imagination really were livable, warm and comfortable, even large enough to host parties. And that seal blubber and other strange things were good to eat. The author's knowledge of how a different culture lives is awesome. Drum Dance tells how a boy on the cusp of manhood and his father, who has many demons, reunite in a most inhospitable place. The drama between young David and forty-something Per contains manly affection, unresolved anger over wounds from the past, disillusionment and reconciliation. All against the backdrop of an unforgiving world of snow and ice. As the saying goes in the Arctic, "one mistake is all one is allowed." The author of this book has made very few. Drum Dance is a great read. I highly recommend it.
Read more
18 people found this helpful
Helpful
Comment Report abuse

Brenda Telford
4.0 out of 5 stars Intriguing!
Reviewed in the United States on January 15, 2017
Verified Purchase
After David Jansson’s mother died, he spent his time with his aunt and uncle at Peace River in Alberta – but when his father sent for him, he decided to join him if only to get to know him again. David hadn’t seen his father in five years. Per Jansson was manager for the Hudson’s Bay Company at the small, isolated trading post of Gjoa Haven in the Arctic in Canada. Seventeen when he travelled, David’s journey in the small plane with Mac was a terrifying one; he wondered what on earth had possessed him to do this.

But when David arrived, it was to find his father was not the man he remembered. Abusive and a drunk – his moods would swing from affectionate and helpful, to abusive and violent in a matter of moments. David regretted his decision and hated the intense and relentless cold; he decided though to make the best of his promise to remain for two years. The beauty of the young Inuit women, especially Nipesha frustrated him, especially as his father had told him to stay away from them. And he was also to have nothing to do with the local shaman Naigo – which proved to be nigh on impossible. But he did find some fascination with the Eskimo tradition of celebrating the arrival of the sun - the shaman would beat the drum in the fabled drum dance, while telling stories to his people.

But could David continue with the intolerable situation? The Arctic seldom gave any person a second chance…

Young Adult novel Drum Dance by Bonnie Turner has an intriguing plot; not at all like anything I’ve read before. Though this is book 3 in the series, and I haven't read the previous two, I thoroughly enjoyed the story of David’s growth from boyhood, and felt for him during his struggles. I have no hesitation in recommending Drum Dance to fans of the genre.

Mae Clair
4.0 out of 5 stars A Character and Culture Study
Reviewed in the United States on October 22, 2014
Verified Purchase
An enjoyable read with lush descriptions. The author clearly knows her material and effortlessly transports the reader to the bitter cold of a trading post in the arctic where a painful family reunion ensues between the book’s seventeen-year-old central character and his father.

This is basically a character and culture study, and as such it excels. The pacing, however, is laborious and it takes quite a while for the plot to advance. I felt at some points the story stalled and much of the reading was repetitious in nature. The final quarter of the book picks up a good deal and the pacing advances rapidly.

Not quite what I expected, but an interesting read for those who like a book with in-depth character study.
Read more
One person found this helpful
Helpful
Comment Report abuse

Pamela
5.0 out of 5 stars Drum Dance (Arctic Series Book 3)
Reviewed in the United States on February 28, 2015
Verified Purchase
This is a very fascinating and interesting book to read. I've often wondered how people can live and enjoy life in cold, cold climates. This is a story about a young man coming of age and the struggle to build a relationship with his alcoholic father after being apart for years. And, of course, living in a very difficult environment and isolation. I enjoyed learning something about a very different culture.
I missed Books 1 and 2 - I hope I can read those also. Looking forward to Book 4 Pamela
Read more
One person found this helpful
Helpful
Comment Report abuse

Don McDonald
5.0 out of 5 stars Well-written, good reading.
Reviewed in the United States on December 23, 2013
Verified Purchase
By point of reference, I am 64 years old and Bernard Cornwell is my favorite author. Though this book bears little resemblance to his work, I thoroughly enjoyed the storyline as well as a glimpse of a time, place, and culture I know little about. Vastly better than the silly " Ian Fleming Files " story I recently wasted my time on.
Read more
One person found this helpful
Helpful
Comment Report abuse

DC
4.0 out of 5 stars A must read!
Reviewed in the United States on July 11, 2012
Verified Purchase
Not knowing what to expect when I started reading this book, but was almost instantly caught up in the story. A story of times before me, in a place I know little about, Bonnie Turner's descriptions of the Arctic and the people who lived there makes the reader feel they are there too. I found myself trying to picture how these people were living, and what it must have been like. While a little slow at times, and some of the Inuit words had to be explained, it was a learning experience to say the least. The story of a boy trying to reconnect with his father and becoming a man himself was very well written, with some twists and Oh No's along the way. I found myself wanting to keep reading, to get to the next chapter to find out what would happen next. My only regret is the book ended too soon, when I was getting so used to the characters. I would have loved it if this book had been longer. I could even see a movie made out of this one.
This is a good book for older teens and young adults, to see how different there lives are,and how good they have it now. Also for anyone older who wants to know more about the Arctic life and remember different times.
Read more
One person found this helpful
Helpful
Comment Report abuse

Karen White
5.0 out of 5 stars Drum Dance
Reviewed in the United States on March 12, 2012
Verified Purchase
I very much enjoyed this novel. I feel that it's appropriate to both young adults and adults (I'm an adult). It was entertaining and well written. It takes the reader into a different culture seen thorugh the eyes of an "outsider" to that culture. I would definitely recommend this book to anyone looking for an different, thought-provoking and exciting read!
Read more
One person found this helpful
Helpful
Comment Report abuse
See all reviews from the United States