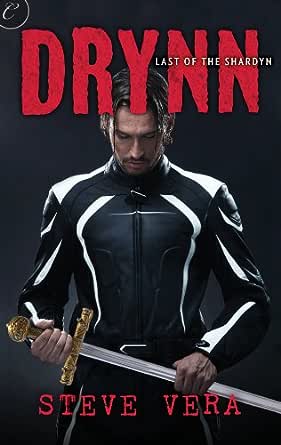 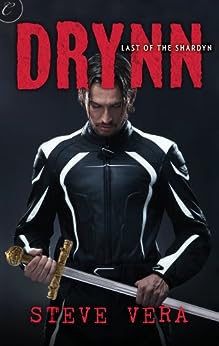 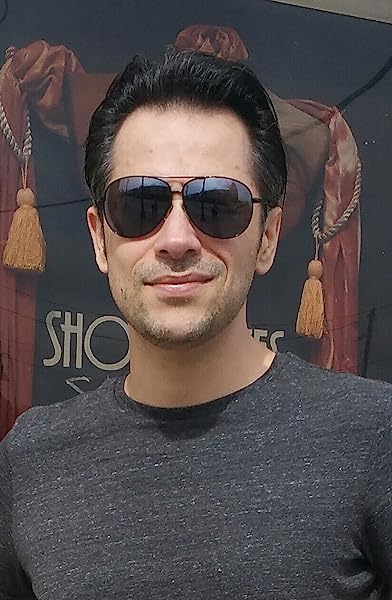 4.3 out of 5 stars
4.3 out of 5
68 global ratings
How are ratings calculated?
To calculate the overall star rating and percentage breakdown by star, we don’t use a simple average. Instead, our system considers things like how recent a review is and if the reviewer bought the item on Amazon. It also analyzes reviews to verify trustworthiness.
Top reviews

SherryMarie
5.0 out of 5 stars An amazing first book
Reviewed in the United States on March 31, 2013
Verified Purchase
This book was recommended to me by a friend who knows I love science fiction. She doesn't know that I'm not a big fan of fantasy. Having said that, "Wow, this book was amazing!" First, let me say that I was amazed by the quality of the writing. I've bought a few kindle books to read on my phone. They have all been amateurish and short. Some don't even seem to have been run through a spell checker. Between the bad writing, poor grammar and the small screen I've never been drawn into the story. I was about to give up on the idea of having convenient reading material but this book has changed my mind.

It was believable and logical and very descriptive. I could see every scene in my head as the battles raged. That doesn't happen very often. Reading the other reviews here, I found myself saying "Yeah, me too" so I won't repeat their comments. Just know that you can double any positive comment you heard. I read late into the night, and grabbed little minutes during the day. I truly could not put it down.

I can't wait. Steve, I hope you're writing like mad. I will pre-purchase your next one .... or two .... or three. :)
Read more
Helpful
Report abuse

A-10 Egress
5.0 out of 5 stars HOLLY WOW!!!!! Awesome Book!
Reviewed in the United States on April 27, 2013
Verified Purchase
At first it started off a little wierd and I almost moved on to another book. I gave it 4 more pages and HOLLY WOW!!!! I'm so Glad I stayed with it!
The story fell into place and then set the hook in me! It turns out I couldn't put the danm book down. Now I can't wait until the next one in the series comes out!
This story is not your typicall Fantasy story. It takes place in our time and place but brings the "cross over world" to you. Mr. Vera did an Outstanding way of building his 2 worlds up! How he explained his ideas of how Magic "works" was quite refreshing. I personnely thought this was a way a Professor would lay out the "rules of Magic" of I was sitting in his class room.

Oh, and Mr. Vera, You need to get the next one out Real Soon...... Please!
Read more
Helpful
Report abuse

Gerald A. Roberts
5.0 out of 5 stars Excellent, fast-paced, dark fantasy thriller!
Reviewed in the United States on March 19, 2013
Verified Purchase
I was intrigued by all the 5-star reviews, and after reading it, I must say I concur. The book moves along at a rapid pace, but at the same time is not completely plot-driven. The characters are interesting (both human and non-human) and as the action unfolds the author reveals more and more about the protagonists. I use the plural here, because while the human police chief is ostensibly the main character, one could argue that the leader of the group of otherworldly knights is the main character. Anyway, it doesn't really matter, as the book deftly shifts between multiple POV's, and as the plot moves forward, and as the storyline gets more and more tense, little mysteries are made clear, but at the same time it adds to the overall mysteriousness of this other world not yet encountered. Kind of a neat trick!

The bad guy (not really a guy, but the Lord of some unknown Underworld) is both savage and highly intelligent, a kind of demi-god. But like the charismatic knights that are his sworn enemy, he is deprived of his full powers while trapped on earth, and as such is vulnerable to bullets and Samurai swords and the like, which leads to some intense and unpredictable action sequences that don't always go where you think they will. And there is yet another bad guy?/good guy? character whose race isn't really clear, who is kind of a wild card. Again, you learn little tidbits about who or what he is, but you are left wanting to know more, which I believe to be the author's intention.

To sum up, if you are a fan of what I'd say is "Dark Fantasy", I think you'll enjoy the ride here, and if not, it would be a great, if not completely conventional introduction to the genre. The book is ripe for a sequel or sequels, which I think MUST BE in the works. And it follows that golden rule of show biz- 'always leaving em wanting more', but at the same time has a satisfying, albeit cliff-hanger ending.

I love that there are so many low priced ebooks out there these days, and this will definitely be one of the series I follow.
Read more
One person found this helpful
Helpful
Report abuse

Ronald S Soloway
5.0 out of 5 stars ron soloway
Reviewed in the United States on March 4, 2013
Verified Purchase
outstanding book that gets better and more intriguing throughout. fantastic character development and storyline-cannot wait for the 2nd book. even the villain is fascinating. been as long time sci-fi fan and this is a great new book!!!
when i read a book that really grabs my attention i find it hard to get into my next read as i'm still thinking about the book i've just read- drynn was such a book for me- it was almost 10 days before i could get into reading another book (unheard of for me). cannot wait for the sequel!!!
Read more
Helpful
Report abuse

Amazon Customer
5.0 out of 5 stars I am so glad i didn't
Reviewed in the United States on August 8, 2014
Verified Purchase
This book just showed up for free on my tablet one day and I almost deleted it. I am so glad i didn't!!!!!!
What a great read. I devoured this book in a couple days. Fast paced action and I love the characters. I will be honest though, the cover turned me off at first and if I had not run out of things to read I probably would not have even looked at it.
I recommend this book highly! give it a shot, I am sure pleased I did.
Read more
Helpful
Report abuse

by Carolyn Hoyt
5.0 out of 5 stars Wonderful
Reviewed in the United States on July 21, 2014
Verified Purchase
The book is non stop otherworldly adventure with a few earthly characters thrown into the mix. The first book in a series and hopefully some of the characters will have their stories expanded in book 2. Violent, but not unexpected with taking on a very angry devil. Enjoy.
Read more
Helpful
Report abuse

Alakar
4.0 out of 5 stars Very enjoyable read
Reviewed in the United States on November 29, 2013
Verified Purchase
Good book. The story was fun and fast paced. Lots of fights and the action kept flowing through the book. Would have liked more character and background development, but since it is a multi-book series, I imagine more and more will be filled in as the story progress's.
Read more
Helpful
Report abuse
See all reviews
Back to top
Get to Know Us
Make Money with Us
Amazon Payment Products
Let Us Help You
EnglishChoose a language for shopping. United StatesChoose a country/region for shopping.
© 1996-2021, Amazon.com, Inc. or its affiliates