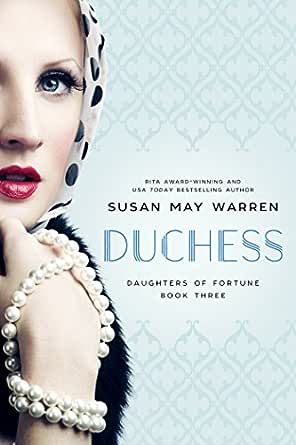 You've subscribed to Daughters of Fortune! We will preorder your items within 24 hours of when they become available. When new books are released, we'll charge your default payment method for the lowest price available during the pre-order period.
Update your device or payment method, cancel individual pre-orders or your subscription at
Your Memberships & Subscriptions
There was an error. We were unable to process your subscription due to an error. Please refresh and try again. 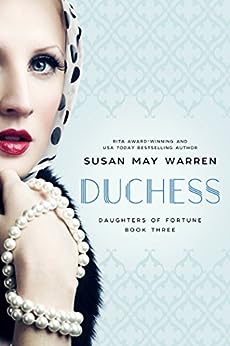 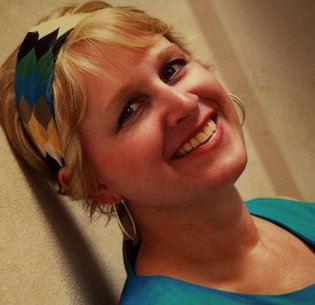 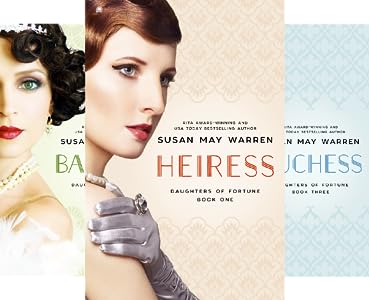 SUSAN MAY WARREN is the best-selling and award-winning author of more than thirty novels. Duchess is the third and final book in the Daughters of Fortune™ generational saga, following two previous acclaimed novels, Heiress and Baroness. A former missionary to Russia, Susan now lives in a small Minnesota town on the shore of beautiful Lake Superior with her husband and their four children. --This text refers to an alternate kindle_edition edition.

4.7 out of 5 stars
4.7 out of 5
96 customer ratings
How does Amazon calculate star ratings?
Amazon calculates a product’s star ratings based on a machine learned model instead of a raw data average. The model takes into account factors including the age of a rating, whether the ratings are from verified purchasers, and factors that establish reviewer trustworthiness.
Top reviews

Ashley
5.0 out of 5 stars Excellent ending to a wonderful trilogy!
Reviewed in the United States on February 16, 2013
Verified Purchase
I don't even know how to review this book. Whatever I say is not going to do it justice. Duchess is the final book in the Daughters of Fortune trilogy, which spanned three generations. It truly felt like the culmination of an epic at the end.

Susan May Warren writes amazing characters. They just become like good friends. And her stories are always surprising, informative, and inspiring. This is Rosie's story. She starts out running away from a tormented past and trying to make it big in old Hollywood, but of course there are some bumps and detours along the way, and eventually she has to decide if making it big is what she really wants and if accolades and applause are enough.

I loved basically everything about this book. All the authentic characters, the intertwining story lines, and setting! From the glitz and glamour of old Hollywood, to cafes in Paris, and waltzes in Vienna. It was amazing and fun, and I learned a lot actually. I loved the behind the scenes look at Hollywood and movie production. And I got a kick out of reading about the casting and production of Gone with the Wind (my absolute favorite book and movie.) I loved that the plot had a whole deeper layer to it that, for most of the book you're totally unaware of, as is Rosie. The twist reminded me of old war movies like Casablanca, or the production that Rosie was supposed to be staring in in the book.

I enjoyed reading about Rosie. She has flaws, she's already had a rough life, as we read about in Baroness, and she has some wounds and battle scars to show for it. She doesn't always make the best decisions and she knows that. But she's spunky and stubborn and strong. Even courageous when it counts. I liked that her decisions, even her bad ones, rang true. I liked that she admitted, at least to herself, when she knew that she might be making a mistake, but she was feeling lonely/sad/desperate/scared/selfish and just didn't care. I think we've all had those moments. I also liked that she didn't quit trying. She never gave up and she did eventually get her happy ending.

One thing I like about all of Susan May Warren's writing is that she doesn't push issues under the rug. She treats her characters like real people. If they've had a tragedy in the past it effects them, falling in love with "the one" doesn't make it all go away. Her characters always have to work through their own issues independent of whatever love story may be going on. Whether they have support from the love interest or not, the characters always have to ultimately face themselves and their issues head on and go through the process of dealing with them, not running away or covering them up. I respect that and I enjoy reading about it. Well, Susan makes it enjoyable to read about. And at the end you come away much more satisfied than if the story was just girl meets boy, they fall in love and all their problems magically disappear, they live happily ever after, the end. :)

WRB
4.0 out of 5 stars Emotionally gripping series!
Reviewed in the United States on March 16, 2013
Verified Purchase
A story rich in redemption and love, Duchess is the third and final installment in The Daughters of Fortune Series. The story evolves around Rosie Worth aka Roxy Price. Rosie, a strong and courageous woman with a kind heart, is still making poor decisions which are followed by heartache and turmoil.

The story begins in 1929 and the actress, Roxy, is in a clandestine marriage to Dashielle Parks. The marriage is more of a partnership or business arrangement with little or no romance. Rosie/Roxy brings all of her problems on herself. She's created her own nightmares by taking hold of her destiny instead of allowing God to deliver His chosen destiny to her. She seems to have a great capacity for making mistakes and creating unhappiness in her life. Rosie had been a daughter of an heiress who had been bequeathed a fortune. But she'd turned it down, wanting to find her own life - her own destiny.

Roxy, as an actress, had her share of applause, but she always craved more. When the applause died down, she felt emptiness. She had two chances at love, most people only get one chance in a lifetime. Her first love, Guthrie, who died in Baroness, and now Rolfe, the Duke of Beaumont, her second love. As the story unfolds, it becomes apparent that Rolfe, living in Europe, is transporting refugees, Jews, and other political prisoners out of the country - ahead of the Nazis. This was an interesting back-drop to the story. The story becomes very complex, but ends with a happy and satisfying conclusion.

Rosie finally finds forgiveness and redemption for her stubbornness and for all the ways she's destroyed her destiny. She is filled with peace for the first time in her life and a love that she could surrender her heart to. She finds true redemption that is rich and profound.

The author cleverly weaves a tale of generational secrets in this series. I recommend reading them in order: #1 Heiress, #2 Baroness, and #3 Duchess. I must say, this book just didn't capture my excitement early on, but as the tempo picked up I became fully engaged. All in all, it was a beautifully crafted and emotionally gripping series that I highly recommend.

Quote from the book:
"Our lives are not accidents. God has a plan, and it's so big and so good, He can take out all the mistakes and our hurts and weave it together to bring our life to full fruition. But we have to trust Him."
Read more
4 people found this helpful
Helpful
Comment Report abuse

K.M. Weiland, Author of Historical and Speculative Fiction
4.0 out of 5 stars Wonderful Historical Detail
Reviewed in the United States on June 6, 2014
Verified Purchase
I've really enjoyed this series and hope it continues, as hinted at the end of this one. The historical era of the '30s is brought to vivd life here. Warren is excellent with those little historical details that pop whole scenes to life. It was also a delight to explore a little behind the scenes of the Golden Era of Hollywood, back when who would play Scarlett O'Hara was the biggest question on anyone's mind.

Warren introduces compelling characters and does a nice job ratcheting the tension against the rising tensions in Europe. The romance gets a little soapy at times, but overall it injected the just right amount of spice into the story.
Read more
Helpful
Comment Report abuse

Sandra
5.0 out of 5 stars A Great Ending to a Great Series
Reviewed in the United States on September 1, 2014
Verified Purchase
A great book with wonderful characters. I loved the first book, Heiress. A must read! Book two, Baroness, was good but very necessary to prepare you for the last book, Duchess. Duchess was a beautiful love story that was a long time coming. The main character, Rosie, wasted a lot of time searching for happiness and love in all the wrong places. There was so much heartache and sadness throughout the whole series that I began to get nervous about the conclusion. But fear not readers! Susan May Warren has a heart warming ending that will surely make you smile!
Read more
Helpful
Comment Report abuse

Aloha Mom
5.0 out of 5 stars Susan May Warren doesn't disappoint in this final book of the series
Reviewed in the United States on March 30, 2018
Verified Purchase
"Duchess" kept me enthralled as Rosie Worth (aka Roxie Price) searches to fill the emptiness in her heart through applause and fame on the silver screen.
Read more
Helpful
Comment Report abuse
See all reviews from the United States

Joanne Compton
5.0 out of 5 stars Duchess
Reviewed in the United Kingdom on July 19, 2013
Verified Purchase
I loved this book , all 3 books in this series in fact! So plots you know what's going to happen, not these! Characters were so real and complex . It's unlike any series I've read before . I'd recommend it to anyone who likes history , fashion,adventure ,drama and a great story.
Read more
Helpful
Sending feedback...
Thank you for your feedback.
Sorry, we failed to record your vote. Please try again
Report abuse