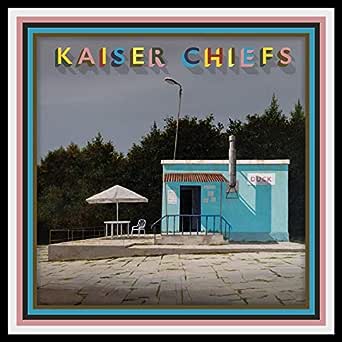 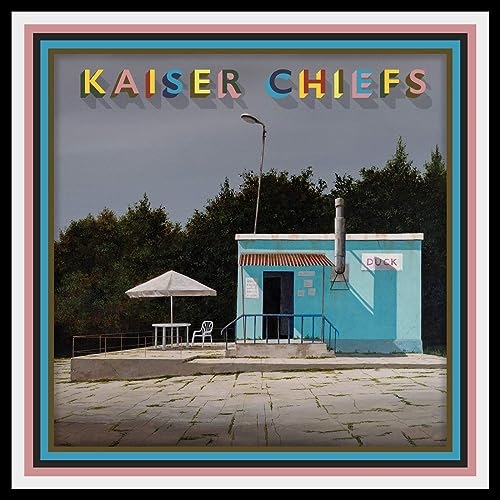 Kaiser Chiefs
July 26, 2019
4.7 out of 5 stars 305 ratings
See all 4 formats and editions Hide other formats and editions
Buy the CD album for $11.39 and get the MP3 version for FREE.&nbspCD album ships from and sold by Amazon.com. Terms and Conditions. Does not apply to gift orders. Complete your purchase of the CD album to save the MP3 version to your Music Library.

4.7 out of 5 stars
4.7 out of 5
305 global ratings
How are ratings calculated?
To calculate the overall star rating and percentage breakdown by star, we don’t use a simple average. Instead, our system considers things like how recent a review is and if the reviewer bought the item on Amazon. It also analyzes reviews to verify trustworthiness.
Top reviews

Kira M. Young
5.0 out of 5 stars Love love love this album!! 80s approved
Reviewed in the United States on December 30, 2020
Verified Purchase
I hadn't checked in with this group in a while. I tried out this album and I was NOT disappointed!! There is a bit of electronica and some vintage vibes that makes my inner 80s baby very happy. Perfect for driving, you can always find something to jam out to and sing along!!
Read more
Helpful
Report abuse

Amazon Customer
4.0 out of 5 stars BEST KAISER CHIEFS ALBUM IN AGES - BACK TO ROOTS`
Reviewed in the United States on August 1, 2019
Verified Purchase
The Kaiser Chiefs have always been masters of the catchy hook and the great melodies ... the last few albums were not so fabulous - but this one is really back on track - no filler tracks - all great stuff. One of the best live bands ever has recaptured their exuberance in the studio ... Yay guys !
Read more
Helpful
Report abuse

Richard Cain
5.0 out of 5 stars Great album by Kaiser Chiefs
Reviewed in the United States on November 11, 2019
Verified Purchase
Great album and so easy to get into
Read more
Helpful
Report abuse

Shane K
5.0 out of 5 stars Fun Recording by a great band!
Reviewed in the United States on January 17, 2020
Verified Purchase
I liked the music on this Kaiser Chiefs album. I used it for my listening pleasure.
Read more
Helpful
Report abuse

Jason Stein
5.0 out of 5 stars I'm a memory of everything you've ever seen and ever done.
Reviewed in the United States on August 17, 2019
I've been a fan of Kaiser Chiefs since their 2005 debut, "Employment" and the singles from that album "Everyday I Love You Less and Less" and "I Predict a Riot". From then on, I bought each new album. Like any band that sticks around for the long haul, Kaiser Chiefs altered their sound.

"Duck" is their first album in nearly three years, and after listening to it multiple times, I am of the opinion that this is some of their finest work to date. To be so late in a career that hasn't amounted to much attention in America and still put together this tight little gem of an album is pretty amazing. There really isn't a bad song here, or a wasted note. The lyrics all have interesting themes written in a very witty English way. The melodies a very strong here, and if I have any complaints at all it would be that "Wait" sounds dangerously similar to Portugal. The Man's 2017 hit "Feel It Still" and "Northern Holiday" very similar to The Doobie Brothers' 1972 hit "Listen to the Music", albeit sped up a bit, and "Record Collection" very similar to The Killers' 2017 hit "The Man". These are easy to forgive and overlook because the rest of the album is quite enjoyable.

My favorites here are "People Know How to Love One Another", "Golden Oldies", "Target Market", "Record Collection", and "Kurt vs. Fraiser (The Battle for Seattle)". The rest of the songs provide a strong support to these should-be-hits.

If the band keeps going in this direction I predict success in America. They seem to have found the right formula now, and they should milk it for all it's worth before trends change once again.

failey
5.0 out of 5 stars Wanna feel happy and hear some belting tunes then get Duck added to your collection
Reviewed in the United Kingdom on July 31, 2019
Verified Purchase
Absolutely love the new album Duck, I have it on C D and the incredibly beautiful ice blue vinyl which in it self is a work of art. I have every album ever made by the Kaiser Chiefs and for me this is by far the best, I absolutely loved the previous release Stay Together but Duck jumps into 1st place , It’s classic Kaiser Chief lyrics with stomping melodic tunes, I was lucky enough to see 3 of the new songs performed live before the album was launched and was convinced that Wait would be my favourite song but I have changed my mind so many times as there are so many to pick from, I can’t wait to see the live performances and to be able to join in on Don't just stand there and Kurt vs Frasier. Loving the personal lyrics on Golden Oldie and Northern Holiday which are 2 more great singalongs. The album s so strong that there isn’t a single track to be “skipped” . And I have been charmed by the dreamy Lucky Shirt so much so it is my joint favourite with Wait as both are so good I can’t decide. The only annoyance is all the talk of the Kaiser Chiefs been back cos they never went away. This album is classic Kaiser Chiefs !!!
Read more
3 people found this helpful
Report abuse

Skypilot
3.0 out of 5 stars Whatever happened to the Kaiser Chiefs?
Reviewed in the United Kingdom on July 31, 2019
Verified Purchase
Can't say this is growing on me. Far too poppy and 'easy listening' - nothing edgy or indie left? Maybe Ricky spent too long on 'The Voice'?

I predict - there won't be a riot associated with this album.....
Read more
4 people found this helpful
Report abuse

Jill
5.0 out of 5 stars Brilliant!
Reviewed in the United Kingdom on September 6, 2019
Verified Purchase
I had this on pre-order so got it the day it was released. I am a big Kaiser's fan and this is brilliant, even my poor husband who gets dragged to every gig agrees that this is a really good CD - and you get the words so you can help Ricky out with the lyrics!!!
Read more
One person found this helpful
Report abuse

Mad Viking
5.0 out of 5 stars Excellent, every Kaiser Cheifs fan needs this.
Reviewed in the United Kingdom on January 7, 2020
Verified Purchase
My wife loves the Kaiser Chiefs, so she was delighted with this latest edition to her collection. Very well made and the cover is strong.
Read more
One person found this helpful
Report abuse

Claire
5.0 out of 5 stars Good Album
Reviewed in the United Kingdom on September 6, 2020
Verified Purchase
If your a massive Kaiser chiefs fan like I am, then you will love this album!! All the songs are real catchy.. can’t say I dislike any of em..
Read more
Report abuse
See all reviews