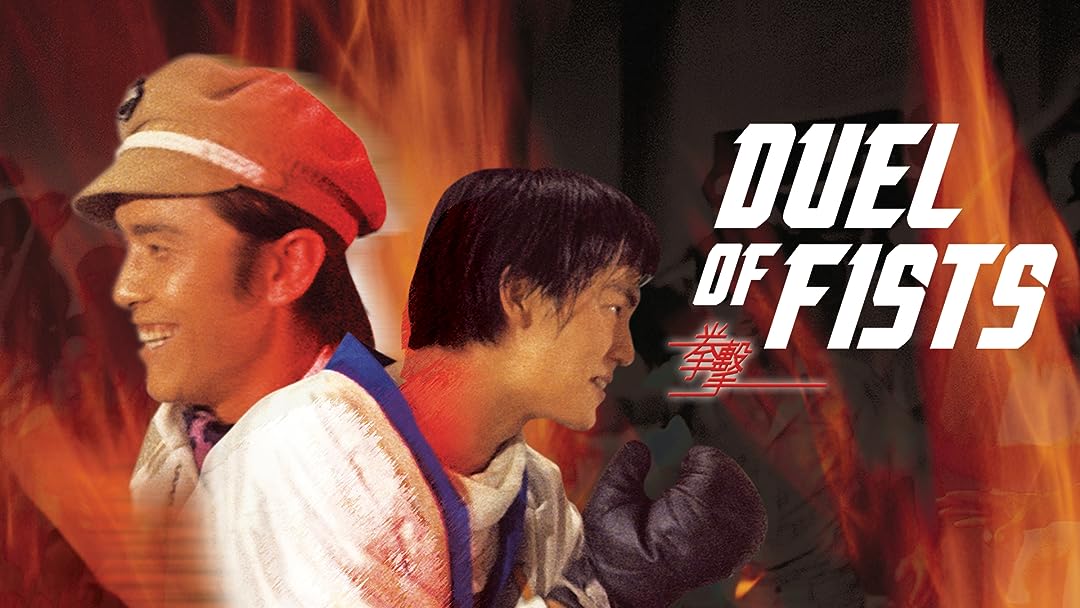 (4)
6.01 h 42 min197116+
The "iron triangle" of director Chang Cheh and stars David Chiang and Ti Lung -- not to mention action choreographer Liu Chia-liang - made this kung-fu/Thai boxing combo one of 1971's megahits -- second only to Bruce Lee's The Big Boss.

nycReviewed in the United States on February 5, 2018
4.0 out of 5 stars
Hong Kong Brother in Search of His Unknown Thai Brother
Verified purchase
Movie is in Mandarin with English subtitles when turned on. The story takes place between Hong Kong and Thailand. A father in his dying bed tells his son in Hong Kong that he was in Thailand 23 years earlier while promoting martial arts and had a six month affair that produced an older son. So, the father ask that the Hong Kong son go find the Thailand son, and take care of him. The son in Thailand is a kick boxer with a distinct sailor tattoo, and his popularity is growing. A gang wants in on the business and wants to be his manager. He refuses. So the gang has their money on a killer boxer named Cannon who already killed two people and the Thai brother has a match with him in a couple days. The Hong Kong brother must find his Thai brother before this match as there is a good chance his Thai brother will be killed.

Easy to understand story about a brother in search for a brother he never knew. The fight scenes are well choreographed even though slow at times. It was nice to see the real Thailand and their holiday celebration as it was filmed on location. Many of the popular kung-fu actors of that period are in this movie.

Trusting SoulReviewed in the United States on November 8, 2017
4.0 out of 5 stars
Incredibly Real Muay Thai Arena Experience
Verified purchase
Forty-six years later, it still packs a wallop. Starts deceptively slow but gets more and more intense as it builds up to a brawling climax. The unbeatable duo,Ti Lung and David Chiang, in a star-studded drama about family devotion and doing the right thing. Great shots of Bangkok during their New Year's celebration.

Joseph TienReviewed in the United States on March 1, 2018
4.0 out of 5 stars
Four Stars
Verified purchase
Great story plot with Martial arts, but the Muay Thai choreography isn't that good lol.
One person found this helpful
See all reviews
Back to top
Get to Know Us
Make Money with Us
Amazon Payment Products
Let Us Help You
EnglishChoose a language for shopping. United StatesChoose a country/region for shopping.
© 1996-2021, Amazon.com, Inc. or its affiliates