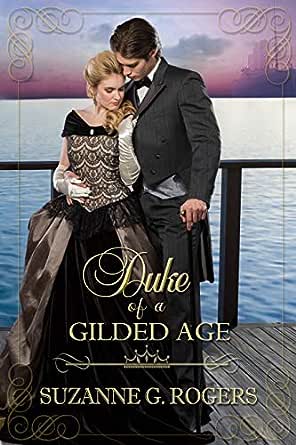 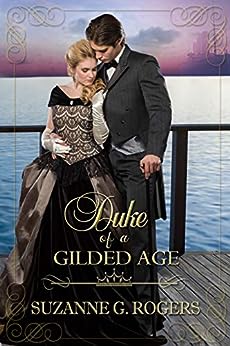 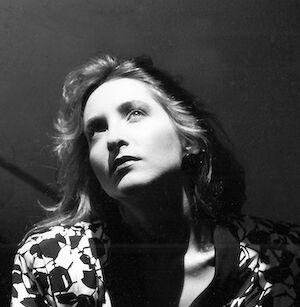 "The real success comes from the author's grasp of human desires. Is there really anyone who has not wished they were a princess or duke with wealth and power? Rogers tapped into that common human trait and produced an uncommonly fun and well-written novel." - Historical Novel Society

at The Romance Reviews! "There is unrequited love, really bad fellows to fight, and excellent balls and proposals. It's a feast," says TRR reviewer Linda Hays-Gibbs. "I gave it five stars and believe everyone will enjoy this adventuresome tale of escapades and love. It is sure to inspire."

4.5 out of 5 stars
4.5 out of 5
344 global ratings
How are ratings calculated?
To calculate the overall star rating and percentage breakdown by star, we don’t use a simple average. Instead, our system considers things like how recent a review is and if the reviewer bought the item on Amazon. It also analyzes reviews to verify trustworthiness.
Top reviews

P. Jackson-Webb
5.0 out of 5 stars Great Fantasy Ride!
Reviewed in the United States on August 16, 2015
Verified Purchase
A very enjoyable read! A true page turner and keeper. Both the H and the h were fab characters and the Rogers did a wonderful job with the secondary characters as well, (especially with the young Duke's new valet, Cavendish). Rogers description of Europe, crossing the Atlantic and New York were very well done. A reader couldn't help but receive a mental picture of everything, right down to the outfits worn and the opulent steamship they traveled on. I would highly recommend this lovely book.
Read more
34 people found this helpful
Helpful
Comment Report abuse

Alisa H
5.0 out of 5 stars A New York Duke
Reviewed in the United States on October 26, 2013
Verified Purchase
Mr. Oakhurst, the solicitor to the 10th Duke of Mansbury, Septimus Parker, has taken his daughter with him across the Atlantic to let the 11th Duke of Mansbury, Frederic Parker, know that his brother has died and he has inherited everything. When he and his daughter, Annabelle, find the new duke's residence, they learn that he died several years ago and that the new duke is, in fact, his 20-year-old son Wesley. They are further surprised to find that 20-year-old Wesley has been raised in poverty and does not want a title - or to leave America. But he sees how much it means to his mother for him to be the duke, and so he agrees to it.

This story takes place in three parts: New York, the boat to England, and England.

When Annabelle first meets Wesley, she is not impressed. She finds him to be a disgusting delinquent, but to help her father she agrees to teach Wesley the rules of gentlemanly behavior -- and to teach him to dance. Wesley thinks Annabelle is stuck up and feels bad for her fiance back in England, Errol. While they are waiting for the boat to leave from New York, they spend time together and become good friends.

On the boat, they meet Louise, Stephen, Stacy, Eva, Carl and Horatio. They form a dancing club. Belle finds herself thinking a lot less about Errol and a lot more about Wesley. A lot happens on the boat and she is able to see how wrong her first impressions of Wesley were. Wesley was not what she expected, but now she finds that he has "far surpassed anything she could have imagined."

There is definitely a mystery in Errol's behavior, and Wesley isn't willing to give Annabelle up so easily. He is determined to discover what Errol is covering up so he can free Belle from Errol's blackmailing grasp.

This was a great story with great secondary characters. I think my favorite character in the whole book is Wesley's valet, Cavendish. Wesley hires him because he got dismissed from his last job for drinking, and so Wesley figures that once they get on the boat Cavendish will ignore him -- and the very American Wesley doesn't want a valet! But with Cavendish he got a lot more than he bargained for... Bartholomew Xavier Cavendish is a lot more than he appears! It was fun to see him get his happy ending, too!

kcodvioletvix
3.0 out of 5 stars Great side characters!
Reviewed in the United States on July 29, 2016
Verified Purchase
This book was well written and is different than many Brit romances as about a third of it takes place in America. I had a little trouble connecting with the main characters and the love story was not very passionate. The book starts to drag a little in the middle, but it is overall a quick read. The side characters were definitely amusing! It does not have any explicit sexual content so it is definitely appropriate for younger readers.
Read more
8 people found this helpful
Helpful
Comment Report abuse

P. Bothwell
4.0 out of 5 stars PG - Clean! Really liking Suzanne G. Rogers!
Reviewed in the United States on May 17, 2016
Verified Purchase
Duke of a Gilded Age - PG
Violence: some brawling, fisticuffs
Language: 1 swear word
Sex: no sex, a couple of kisses
I like this writer; this is the second book I've read by her. It's an interesting story and goes at a nice, easy pace. I think it's appropriate for someone new to romance novels as it is definitely romantic and not sleazy in the least.
Read more
30 people found this helpful
Helpful
Comment Report abuse

Marian
3.0 out of 5 stars Gilded Age Rags to Riches
Reviewed in the United States on September 6, 2016
Verified Purchase
This is a well-researched book, full of the over-the-top decor, traditional mores, honor-based personal relationships, and the increasing technology of the era. The story is about a young man, raised in New York, who discovers he is the almost-lost heir to an English dukedom (rather like Little Lord Fauntleroy, only he's older. But his character is also very virtuous.) The difficulties he faces are less about his fitness for the position he has no training for and no way to refuse, and more about the growing love he has for the daughter of the solicitor sent to retrieve him, who grows to love him, too, although she's already engaged. There's a lot of sightseeing, clothes-shopping, and shipboard life as they all (including his mother) travel to England. The segments where the solicitor's daughter lies about her ancestry to look better to the society people on board were hard for me to read, because I don't like to live through characters' embarrassment; and the twist with the fiancé toward the end was a bit of luck for the hero. But it was all very readable, and the sinking of the other ship was pretty exciting. What I most appreciated was the everyday details of life in that time, and the character of the valet. He was a hoot!
Read more
14 people found this helpful
Helpful
Comment Report abuse

Toni
3.0 out of 5 stars Duke of a Builder Age
Reviewed in the United States on February 4, 2017
Verified Purchase
As a long time reader of romance novels, I`d give this one a three. Rather a slow beginning, but becomes quite interesting and exciting once you get in it. Pleasantly surprised with how the author managed to introduce both the villain and reveal the identity of the valet. I will check out Suzanne Rogers' other novels.
Read more
5 people found this helpful
Helpful
Comment Report abuse
See all reviews

Romance Reader
4.0 out of 5 stars Second book that I’ve read by this author
Reviewed in the United Kingdom on April 11, 2018
Verified Purchase
I’ve read “Larkin”, which is also by this author, & which I really enjoyed (4.5*). Again I enjoyed this standalone novel: a good clean read with sweet characters. Slightly predictable in parts, this book needs a further editing.

Wesley Parker is the nephew of Duke of Mansbury. With his sudden death, the title goes to Wesley whom, having grown up in Brooklyn is unaccustomed to not only the British way of doing things properly, but the gentleman way of things.

Miss Annabelle Oakhurst is drafted in to help assist him. She is Wesley’s lawyer’s daughter. Although already engaged, she slowly falls in love with Wesley, who in turn is determined to persuade her to break her engagement, having realised early on of his feelings for her.

In fact, Wesley, his valet Cavendish, new friend & rival for Belle’s affections Stephen, & Mr Oakhurst all arrive in England as heroes. However, will seeing Sir Errol re-ignite Belle’s feelings for her fiancé? Or will Wesley persuade her to call off her engagement?
Read more
Report abuse

Amazon Customer
2.0 out of 5 stars Disappointed
Reviewed in the United Kingdom on June 6, 2017
Verified Purchase
I would normally read a book to the end whether I like the start or not but this I couldn't do, the wording and scripture for this story is very lacking and confusing therefore gave it up and I normally love historical romances!! Very disappointed!!
Read more
One person found this helpful
Report abuse

tracy b
5.0 out of 5 stars Duke of a gilded age
Reviewed in the United Kingdom on July 21, 2016
Verified Purchase
Duke of a gilded age a really good read if you like the historic romance when gentlemen were gentlemen and ladies were ladies there is more than just the romance the suspense of the crimes won't give to much away
Read more
Report abuse

Frangipan
5.0 out of 5 stars Great fun
Reviewed in the United Kingdom on February 12, 2018
Verified Purchase
I wasn’t expecting to enjoy this even half as much as I did - it just got better and better with lots of clever plot twists/surprises.
Read more
Report abuse

zoe
3.0 out of 5 stars Very sweet!
Reviewed in the United Kingdom on December 17, 2013
Verified Purchase
A very innocent, and safe story about a mismatched couple. Set on a boat, it gives the story a different element which is always nice. A nice example of a historical romance, and all the titles entail.
Read more
2 people found this helpful
Report abuse
See all reviews