You've subscribed to Royal Pains! We will preorder your items within 24 hours of when they become available. When new books are released, we'll charge your default payment method for the lowest price available during the pre-order period.
Update your device or payment method, cancel individual pre-orders or your subscription at
Your Memberships & Subscriptions
There was an error. We were unable to process your subscription due to an error. Please refresh and try again. 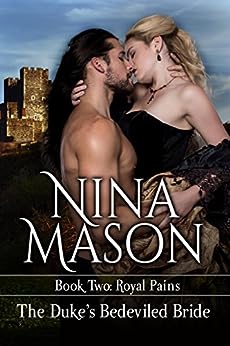 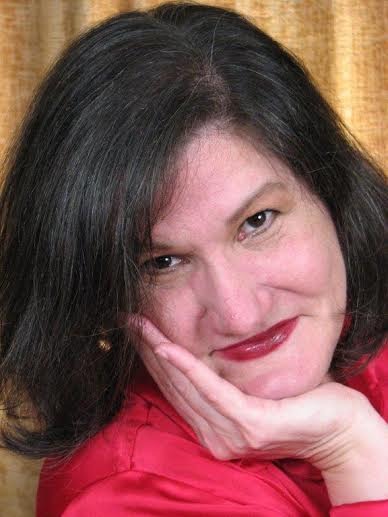 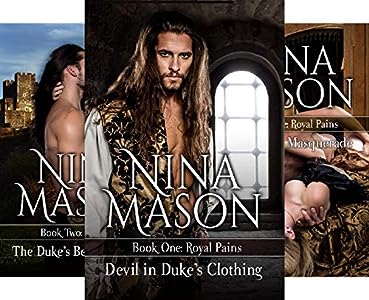 Romantic Historical Reviews: "Mason writes with a confidence,intelligence, and provocativeness that has this reader hooked on her voice. Iwant to read more, please."

Books'n' Pearls: "If you are looking for something a little different, this seriesis amazing."

Laura'sInterests: "Nina Mason weaves a powerful historical tale that drags the readerwillingly into the adventure."

Cupcakesand Books: "I know everyone thinks the Fifty Shades books are great, but theseblow them out of the water!!!!"

Booksto Curl up with: "If you like a historical story with lots of well writtenerotica, this series of books is for you."

GirlyGirl Book Reviews: "The author has a talent of wrapping the readers in hervines. This was no different!  I LOVED THIS!! Keep them coming!!!"

4.7 out of 5 stars
4.7 out of 5
51 global ratings
How are ratings calculated?
To calculate the overall star rating and percentage breakdown by star, we don’t use a simple average. Instead, our system considers things like how recent a review is and if the reviewer bought the item on Amazon. It also analyzes reviews to verify trustworthiness.
Top reviews

Anne M. Rindfliesch
5.0 out of 5 stars For the Love of the Duchess
Reviewed in the United States on May 9, 2015
Verified Purchase
"’Twas his eyes, though, that always turned her bones to tallow. Gray-green, deep-set, and rakishly alluring, those eyes of his could charm the petticoats off a paragon of virtue." "...he was the devil who’d tempted her with his apple of carnal delights." So begins the second installment of Nina Mason's fabulous Royal Pains Trilogy.

Set in the turbulent times of 17th Century Scotland, The Duke's Bedeviled Bride finds our young lovers, Maggie and Robert, on opposite sides of the fence in regards to the definition of fidelity. Adding to the mounting tension in the family, Robert's brother, Hugh, who had been sent away by Robert so there would be no competition for Maggie's affections, is coming back from France with a new wife, who could pass as Maggie's sister.

Marital tension is one thing, but the threat of what is happening between the Covenators and the Catholics has become a real problem to the Duke, and he decides to go to London to seek an audience with the King. Will the separation make them stronger, or pull them apart?

I am lucky enough to be one of Ms. Mason's Beta readers, and I love this series. She has woven a passionate love story with pain staking historical detail, and I cannot wait for the third book.

Cupcakes and Books
5.0 out of 5 stars MUST read!!!
Reviewed in the United States on May 26, 2015
Verified Purchase
The Duke’s Bedeviled Bride by Nina Mason is book #2 in the Royal Pains series, book #1 is The Devil in Duke’s Clothing, I highly recommend reading these books in order!!!! You come to know Maggie and Robert in the first book, seeing how they came to be :)
I loved this book, even more than the first!! There is twists and turns, plenty of hot sex scenes, and covers the relationship between Maggie and Robert as it grows and changes.
The amount of research that has been done for these books is amazing!!! From the religious conflict growing at the time to the way of life, all of the little things most do not think about are there in perfect detail.
Nina Mason has great writing style that flows so well and pulls you right into her world, for me both books have been books I could not put down.
There are so many things I'm bursting to tell but I cannot do spoilers!!! Pick these up! I know everyone thinks the 50 shade's books are great but these blow them out of the water!!!! They are MUST reads!!!! I cannot wait for the next book I must have more!!!! :)

In the second story of the duchy of Dunwoody, we find our beloved characters again and meet others, including the infamous Hugh. Nina again spins a story of steamy seduction, naughty master/mistress play, religious unrest, political ploys and through it all, a love story that is unrelenting. I was glad to see a glossary for those that may not understand certain period terms and the bonus of excerpts from the first book in case readers didn't go in order. Though this is a sequel it stands on its own feet as well. As expected, the story draws to a close yet this time the cliffhanger is much more obvious. I'm already awaiting book three. I was given this book in exchange for an honest opinion. All opinions are my own, facts can be checked by reading the book....which I recommend, as long as you like hot.

Rosemary
5.0 out of 5 stars Royal Pains book 2
Reviewed in the United States on May 9, 2015
Verified Purchase
This is book 2 as we left Maggie and Robert at the end of book 1 we find Maggie very upset with Robert no spoilers from book 1. This can be a standalone but I enjoyed book 1 a lot and love the continuation of the story and how Robert and Maggie are changing and developing
as this book moves on. The DUKE has some unusual taste in his sex life and our Maggie is growing to like them also. The book is very erotic but is a great love story . Maggie learns well and I love this couple together. The author has done her research and the book is very true to the times and as all her books VERY well written, the details are fascinating .It shows love can prevail anything I was glued to the story .I loved it 5 stars all the way.
Read more
4 people found this helpful
Helpful
Report abuse

Theresa A. Milder
5.0 out of 5 stars Great book
Reviewed in the United States on June 8, 2015
Verified Purchase
I love this book. It follows the first one closely so plz read in order. It will make the experience greater. The writing is very evocative and the charaters are easy to relate to. I was really struck by how she incorporated the sexual elements. I was not shocked by it and that surprised me. it seemed realy quite natural amd understandable considering the charaters backgrounds. the love story was very real with real problems that were dealt with between the two of them. I would highly recommend this book to anyone who likes an hea? with a hanging ending. Cannot wait for the next book.
Read more
One person found this helpful
Helpful
Report abuse

Beverly A Ross
5.0 out of 5 stars The dukes bedeviled bride by Nina Mason
Reviewed in the United States on May 11, 2015
Verified Purchase
Wow! I thought the first book was good this one was full of treachery! I thought when Hugh came home with a bride it would be a good thing. I did not see that coming! It was like Maggie thought like Cain and Abel. If she hadn't had her housekeeper she probably would be dead after being tortured first the religious uprising was at a peak at that time . I can't wait for the next book so I can see what happens now. I can tell Ms Mason really did her research on the history of this time. And I like how she leaves each one on a cliffhanger like a serial. Leaves the reader wanting more. This book deserves 10 stars !!!
Read more
One person found this helpful
Helpful
Report abuse
See all reviews

Before any reveiw can even be contempated I must again tell you how much I appreciate the work that Nina puts in to her research. This is displayed not just in this book but in them all and each time I read work by her I am again overjoyed with the factual aspects.

With a beginning that introduces you to the varying heights of passion and life for Maggie and Robert you know instantly the tempo of the book. Within the first chapter alone you see passion, bravery, fear and love all combined in a spellbinding tapestry that points out the writers skill and the development of characters you already had the joy of falling in love with and are now further committed to.
Nina places importance not just on the well researched erotic practices but also describes to us the differences between the glitz of London society as opposed to the quiet of country living.
Speaking of the erotic passages, they are well thought out, well researched and fit fluidly into the tale woven.
With the introduction of Robert’s brother Hugh and his french bride we meet two moree characters who are explored in details which Nina is happily known for.
By the halfway point of the book your distaste towards the actions of the supposed ‘good’ brother, Hugh will leave you in disgust and yet I cannot help but be enthralled by the way the characters are so well thought out and portrayed.
The whole book focuses on a firm mixture of sex and punishment woven around the intricate love of both Maggie and Robert. The tale of the love between the newly weds is refreshing. Far from the ‘happy ever after’ this love portrays the realism of a real relationship, counting in arguments and distrust as well as the lighter feelings.
I’ll not spoil this story with details but allow me to tell you that the ending battles and further concerns for the couple leave you in a state of spellbinding anticipation for the next installment.

Maud Mama
4.0 out of 5 stars Erotically charged page turner
Reviewed in the United Kingdom on May 11, 2015
Verified Purchase
Book two - YOU NEED TO READ THE DEVIL IN DUKES CLOTHING FIRST!!!

Now I have that warning out the way - WOW! What a twist in the tale - Roberts younger brother, and the man Maggie thought herself to be married to, returns to the Duchy - except he is not all we thought he to be.

Robyn Corcoran
5.0 out of 5 stars Nina continues to bring the 1600s to life.
Reviewed in Australia on May 25, 2015
Verified Purchase
Another terrific story about the debauchery of these times but realism abounds plentifully. The story continues with mystery, intrigue and just the right amount of sexual romps.
Nina's descriptions add so much to the story, they help you to become a part of this ongoing tale and feel the emotions of the characters-the good ones any way!
Read more
Report abuse