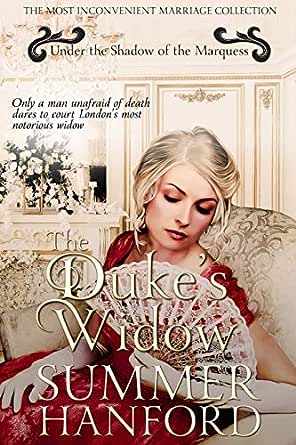 You've subscribed to Under the Shadow of the Marquess! We will preorder your items within 24 hours of when they become available. When new books are released, we'll charge your default payment method for the lowest price available during the pre-order period.
Update your device or payment method, cancel individual pre-orders or your subscription at
Your Memberships & Subscriptions
There was an error. We were unable to process your subscription due to an error. Please refresh and try again. 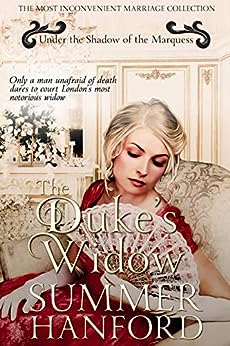 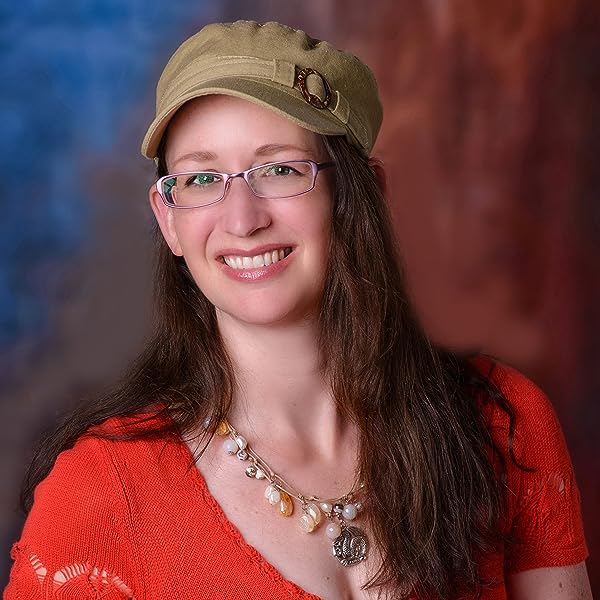 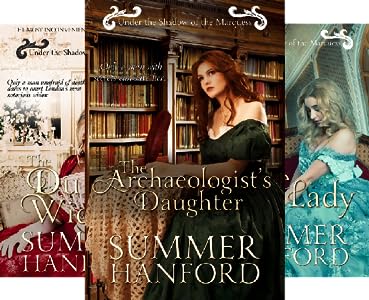 4.8 out of 5 stars
4.8 out of 5
16 customer ratings
How does Amazon calculate star ratings?
Amazon calculates a product’s star ratings based on a machine learned model instead of a raw data average. The model takes into account factors including the age of a rating, whether the ratings are from verified purchasers, and factors that establish reviewer trustworthiness.
Top Reviews

Lori Dykes
5.0 out of 5 stars A Wonderful Second Chance at Love!
Reviewed in the United States on March 15, 2020
Verified Purchase
An enchanting story that has a little of everything needed to keep a reader happy! From the first pages as the hero, Robert, Duke of Solworth found his heir apparent had been taking advantage of all the maids in the house and was running down the estate, he came up with a plan. He would remarry, produce his own heir and that would solve his problem. Easy, yes?
Lady Cecilia was a wealthy widow who had a terrible marriage, but now she seems the focus of a lot of people due to her money. Who to trust? Then it seems fate steps in (or is it?) in the form of Robert, the Duke of Solworth, who has just returned from Egypt.
He is the father of her dear friend Lanora and very handsome and self assured. I want to tell you the entire story because I truly enjoyed it so much! My heart went out to Cecilia for what she had been through with her degenerate husband and also to Robert who still had his deceased wife pulling at his heart.
These two needed each other but would it happen? Could Cecilia agree to go to Egypt with him and keep her heart safe?
Do not miss this story and I cannot wait for more!!
Read more
Helpful
Comment Report abuse

Emily Pennington
TOP 500 REVIEWER
5.0 out of 5 stars Very Enjoyable !!
Reviewed in the United States on February 28, 2020
Verified Purchase
Cecilia has a horrible first marriage, given to a much older man when she was still a young teen. Being a wealthy widow now, she is surrounded by people trying to take advantage of her. Then she meets Robert Hadler, the Duke of Solworth, back in England for a short time. He needs an heir and requires that she must live in Egypt. He is not like all the other self-absorbed suitors after her wealth and, since he is kind, handsome, and seems reliable, she agrees when he asks for her hand in marriage. Is she making a mistake? Is something else going on here?

This was a different approach from other such Regency books and the reader is drawn in immediately to find out if everyone was going to overwhelm and take advantage of Cecilia. Just when it seems she found the right man, doubt creeps in! Grab your copy and find out if Cecilia makes the right choice and finds the happiness she deserves.
Read more
Helpful
Comment Report abuse

Patricia Schuette
5.0 out of 5 stars An exciting story
Reviewed in the United States on October 31, 2018
Verified Purchase
A Duke who has spent his last years in Egypt decides to go home to England to meet his new grandchild runs into difficulty with his only heir.
Read more
2 people found this helpful
Helpful
Comment Report abuse

Jamie Bee, Reading Fanatic Reviews
TOP 50 REVIEWER
4.0 out of 5 stars Pluses & Minuses
Reviewed in the United States on March 2, 2020
I am familiar with this author's work, but only the books that she writes as a collaborator of Jane Austen fanfiction. I found myself quite delighted with her precisely drawn characterization in the first part of the book. The duke, in particular, seemed to be well delineated. A more mature gentleman than most Regency heroes and one who spent most of his time in Egypt rather than England, he had characteristics both in speech and action that seemed very appropriate to a man of his background. I liked the other characters as well, particularly the heroine, of course, as well as the hero’s daughter and son-in-law. Unfortunately, I thought the story went a bit off the rails with all that happened with his heir apparent and that young man’s mother. After such well-done characterization, I hated seeing the author give in to such standard Regency melodrama.

By the way, I do question the title of the book as well. The heroine is the widow of a marquess, not a duke, nor did she become widowed while married to the duke who is the hero of this book. I also thought the forms of address were strange in several cases. The duke had people call him "my lord" instead of "Your Grace"; married women were referred to as "Missus" not Mrs.

Aside from all that melodramatic hullabaloo, I did enjoy this story and the characters. Apparently, The Archaeologist’s Daughter should have been read first, but I will be reading that next, and I am actually looking forward to finding out his daughter and son-in-law's backstory. Hopefully, there won't be the melodrama that was in this one.

Karmelread2665
5.0 out of 5 stars Bad Relatives
Reviewed in the United States on February 23, 2020
My first time reading this author and I enjoyed the book.

The characters were a shade different than regular books written about noble people. The characters definitely were quirky, sassy, naïve, disillusioned and caring. Now if this is not an odd mixture of characteristics to find in a book and still enjoy it, what have you been reading.

Celia is a sweet, loving but seriously wronged character in this book. She believes in the goodness of people on first sight which annoys her friends. She also has a hidden spine of steel when pushed.

Enter the Duke of Solworth, he is only back in England to see the birth of his first grandchild. Little did he know that setting certain safeguards in place for his family will alter the course of his life.

looking forward to reading other books by this author.

Kaye (Please Don't Plagiarize My Reviews)
TOP 500 REVIEWER
5.0 out of 5 stars ONE EMOTIONAL ROLLERCOASTER!!!
Reviewed in the United States on February 28, 2020
Ah snap! Summer rocks this enthralling storyline and gripping plot with on point realism so rich and lively it takes your breath away. A swirling throng of baffling circumstances and a bevy of surprising events, catapulting those swirling emotions bursting into play. Observing the trials and tribulations, navigating shocking twists and stunning turns, fusing this baby together piece by piece. Unveiling a foray of drama, intrigue, misgivings, underlying threats and mounting suspense, blasting this baby to life beautifully. Add turmoil, wreaking havoc, deceit and guarded situations, along with a boatload of escapades, while dodging chaos, you have one mind-blowing adventure. The characters personalities are well matched and blend together smoothly. The scenes are graphically detailed with such colorful descriptions it paints an incredible backdrop that's so realistic it's like you're right there with them. Fantastic job Summer, thanks for sharing this baby with us.

I am voluntarily posting an honest review after reading an Advance Reader Copy of this story.
Read more
Helpful
Comment Report abuse
See all reviews from the United States