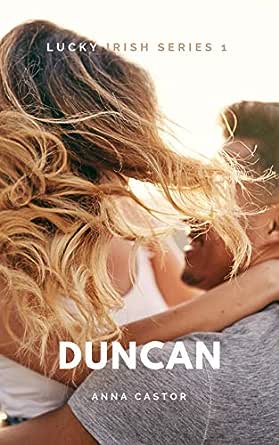 You've subscribed to Lucky Irish! We will preorder your items within 24 hours of when they become available. When new books are released, we'll charge your default payment method for the lowest price available during the pre-order period.
Update your device or payment method, cancel individual pre-orders or your subscription at
Your Memberships & Subscriptions
There was an error. We were unable to process your subscription due to an error. Please refresh and try again. 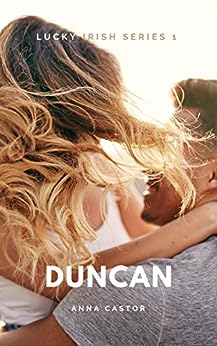 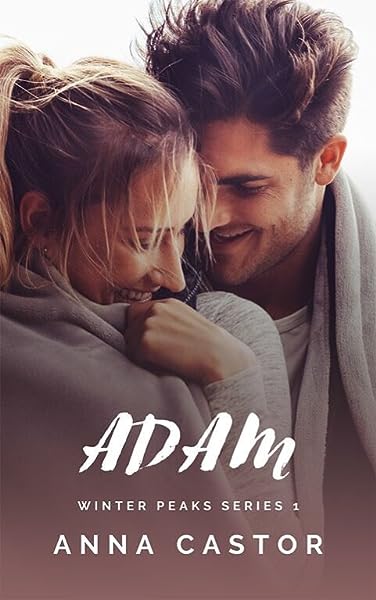 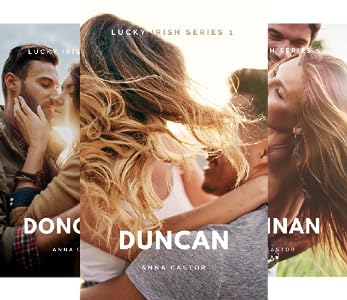 As a former wedding photographer, Anna Castor found the best part of the job, next to creating beautiful pictures for the happy couple, was getting to hear their love story. Every wedding had a different story to tell: the histories of the bride and groom, their family dynamics, their challenges in life, and of course, how they met and fell in love. Anna loved being a small part of their lives during the wedding and telling their stories with her pictures.

And now Anna takes her readers with her into the lives of her characters, the troubles and hardships they may come across on the journey to a happily ever after.

4.3 out of 5 stars
4.3 out of 5
45 global ratings
How are ratings calculated?
To calculate the overall star rating and percentage breakdown by star, we don’t use a simple average. Instead, our system considers things like how recent a review is and if the reviewer bought the item on Amazon. It also analyzes reviews to verify trustworthiness.
Top reviews

Tracy L
5.0 out of 5 stars Such a good book
Reviewed in the United States on September 27, 2020
Verified Purchase
Duncan is such a great book boyfriend! Kayla has a horrible past and runs rather then asking for help. However, help eventually finds her when she needs it with Duncan and his family providing her with the assistance she needs. I love this book!
Read more
Helpful
Report abuse

RMathis
1.0 out of 5 stars Meh
Reviewed in the United States on October 26, 2020
Verified Purchase
It started out really good, then they dialogue got repetitive & boring. They spoke childish to me for Grown Adults. Not to mention the insta Love. There was a lot of potential though.
Read more
Helpful
Report abuse

J.D
4.0 out of 5 stars Duncan and Kayla
Reviewed in the United States on March 19, 2020
Kayla left everything in New Jersey to starting over in new city, a new state in Austin, Texas. She meets very sexy Duncan and he is following her to her job interview.. She never thought her boss and Duncan are brothers.
Duncan set his eyes on Kayla and he is determined to win her. But he will first convince her to go out with him. She is not easily persuaded and he really wants to get to know her.
Kayla is not ready to jump into a relationship with Duncan, since he is her brother's boss but he is really warming up to her. Kayla has great neighbors and they look out for each other. While they were celebrating her neighbors birthday, they ended up going to Duncan's Irish Pub and she meets all of Duncan clan. Big family family loves to meddle with Duncan and Kayla.
Is Kayla ready to settle down in Austin? But when her brother shows up, things change and her past is catching up quickly. Duncan will do everything keep her safe and make sure she is by his side.
It was fun read. I really loved Duncan's family especially his 'pop' and Kayla's neighbor. His family was great and can't wait to read about his brothers.
Thanks to Goodreads sweepstakes for my ARC.
Read more
One person found this helpful
Helpful
Report abuse

Jennifer Pierson: The Power of Three Readers
TOP 1000 REVIEWER
4.0 out of 5 stars #LOVEMESOMESEXYIRISHMEN
Reviewed in the United States on September 13, 2019
Duncan is the start of The Lucky Irish Series, and seriously, who doesn't love the Irish?! Oh, I so love me some Irish Luck, and this story is about 3 Irish families & their love lives! Okay, let me get on with it. This is the story of the good girl, Kayla, who shocks the hell out of her family when she packs up everything, and leaves her family, home, and work after a horrible night that wrecks her. So Kayla ends up in Austin, Texas, working for Duncan's older brother, and even though she's seriously attracted to the former MMA fighter, she's not going there. However, she didn't count on Duncan pursuing her, as they had some serious chemistry, but still, she's not going to get distracted by his super sexy self. Now, you already know that there's going to be push & pull at this, because for the first time, Duncan wants to pursue something permanent with a girl, but he's also having to go at it hard since Kayla is super gun shy. I wanted them together badly, but after knowing what Kayla went through, if it was too easy, it wouldn't have any realistic feel to it at all, and even so, I still felt like some things kind of got rushed at times. There's a great cast of secondaries who kept me entertained quite a bit as they brought the humor that was needed to give break from the heavier times. I'm very impressed with Anna Castor's debut, and frankly, I cannot wait to see what the next sexy Irishman, Donovan's story has in store, so I HIGHLY RECOMMEND TO ALL!
Read more
One person found this helpful
Helpful
Report abuse

C. Toste
VINE VOICE
3.0 out of 5 stars Pretty Predictable
Reviewed in the United States on October 3, 2019
I was a First Read Winner of this Book and on the surface it was everything I like in a good romance, but somehow I just never really got into it. I am an avid reader and I really hate when this happens to me. The characters for me lacked real chemistry, though they all seemed very likable, but I just could not buy the storyline, but clearly I am in the minority here. Also how many times in the course of a conversation, with only 2 characters, do you need to say the other persons name? Overall pretty predictable outcome. Perhaps I will revisit the series in the future, but for the moment we will part ways.
Read more
One person found this helpful
Helpful
Report abuse

Kindle Customer
4.0 out of 5 stars Nice read
Reviewed in the United States on September 26, 2019
Strong characters with good story line. Both Duncan and Kayla come from close Irish families. Kayla moves to Austin after being attacked. Duncan's family welcome her with open arms. Kayla's family come to her aid when her attacker reappears.
This is a romantic suspence.
Read more
Helpful
Report abuse

Kindle Customer
3.0 out of 5 stars Good start
Reviewed in the United States on September 14, 2019
I received a free copy of this ebook in exchange for an honest review. The book started kind of slowly and was a bit disjointed in the first half. Everything came together very quickly towards the end. I'll look for the next book in the series.
Read more
Helpful
Report abuse
See all reviews