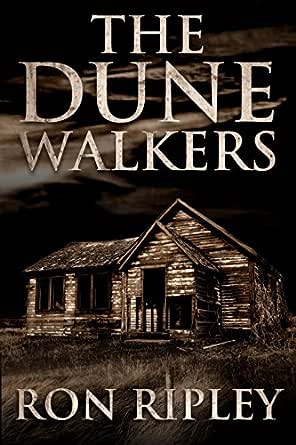 You've subscribed to Moving In Series! We will preorder your items within 24 hours of when they become available. When new books are released, we'll charge your default payment method for the lowest price available during the pre-order period.
Update your device or payment method, cancel individual pre-orders or your subscription at
Your Memberships & Subscriptions
There was an error. We were unable to process your subscription due to an error. Please refresh and try again. 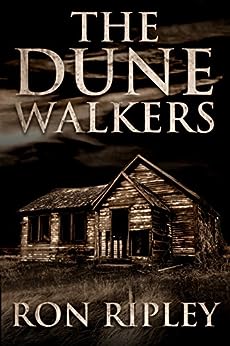 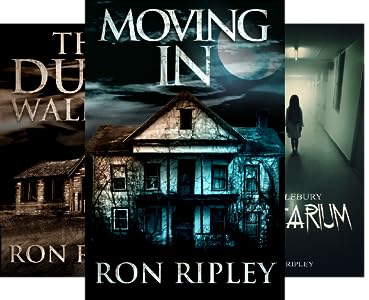 "Waiting for more from this great writer. The story had me holding my breath" - Sally S.

"Ghosts! Yippee! I highly recommend this book and I'm looking forward to the next one!" -Lisa

"I really couldn't put this book down and found the plot held plenty of twists. If you enjoy a good ghost story where you never know what might happen next you're going to enjoy this series!" - Brenda C.

"Book two in this series was great.  Thank you Ron Ripley for these great page turner reads!" - Reader

"Great writing, and good characters give this book a must read for dark and gloomy days when a ghost book is appropriate. Will read more!!" - Reader

"A good scary story for those late nights!" - Kathy B.

"Fantastic!! Wonderful reading, at once heart thumping and then sad, but always turning the page!!! You have a new fan truly!!" - Colleen N.

"Wonderful book, read it in a couple hours because I couldn't put it down." - Charlene W.

"Ron Ripley grabs your attention with this chilling ghost story. The plotting is flawless and moves along quickly. The characters are well developed. As with book #1, "The Dunewalkers" is full of twists, turns and surprises. You will never guess the ending!" - Paul C.

Chapter 1: The Squatter
George had been watching the house at the end of the coast road for a week.
The weather was getting colder, and he needed a place to crash for the winter.  Tucked away at the end of the road with almost no vehicle traffic and only a few people who walked by, the little white and green clapboard house looked like it would be fine.
Plus, since it was so small, the police wouldn't be looking at it when they made their winter rounds.  Only the big houses drew special attention.
The engine of his car sputtered and a noxious burnt rubber smell drifted in through the heating vents.
He took his foot off of the brake and made his way back to the parking lot for Moody Beach. He could leave the car there and walk back up to the house.  A car, especially one with Maine plates, wouldn't attract any attention from the police.
Just another local out for a walk down to the Marginal Way and back.  George grinned, turned off the lights, killed the engine and put away the keys.  The pockets of his jacket contained a couple of cans of beans and some candy bars.
George may not have liked to work, but it didn't mean he couldn't take care of himself when he needed to.
He turned his collar up against the bitter wind coming in off of the Atlantic and tried to pull himself into his pea coat.  His pants were pressed against his legs by the stiff breeze and the sound of his boots on the pavement was ripped away by the same harsh wind.
Five minutes of walking brought George to the house, the darkness settling in around him. His wristwatch beeped loudly in the middle of a sudden lull in the wind.
Five o'clock.
He walked up the driveway, scattering stones with each step.
A child's laughter brought him up short.
The sound seemed to have come from the beachfront side of the house.  The wind howled then dropped down again.
George stood still.
He had no good reason to be at the house.  But there were no lights on, there was no car in the driveway.
The laughter grew louder.
Cautiously George stepped off of the driveway and eased his way around the edge of the building.  He heard voices, people making small talk although he couldn't quite make out what they were saying.
George took a deep breath, stuffed his hands deeper into his pockets, put on an air of nonchalance, and stepped out like he was cutting through the yard to get to the beach.
And there was no one.
The voices continued.
Laughter rang out.
A child let out a happy, shrill laugh.
And someone shoved George in the back with enough force to launch him forward.  He tripped over his own feet and landed in the soft sand on his hands and knees.  George struggled to stand, and someone kicked him in the ribs with enough force to knock the breath out of him.
A second blow to the back of his head caused his limbs to go rubbery, and he fell face first. He tried to turn away from the sand and succeeded, for the briefest of moments.  Then someone grabbed him by the hair and pushed him down.
He couldn't breathe.
He flailed his arms and reached back.  He tried to grab hold of the hand of his murderer, and he found nothing.
Sand was ground into his eyes, packed into his nose.
Finally, he was forced to take a breath, and he inhaled nothing save dry, brutal sand.
The voices continued, as did the laughter.
George kicked out.
"We know what you wanted," a woman's voice said suddenly in his ear.  "You're not welcome here.  We won't even let you stay once you're dead."
"The dunes await, you charry man," a much younger female voice said in a thick Irish brogue.  "The dunes await."
George couldn't answer.
He couldn't even breathe.
He was drowning slowly in the sand.
See all Editorial Reviews

4.5 out of 5 stars
4.5 out of 5
95 customer ratings
How does Amazon calculate star ratings?
Amazon calculates a product’s star ratings based on a machine learned model instead of a raw data average. The model takes into account factors including the age of a rating, whether the ratings are from verified purchasers, and factors that establish reviewer trustworthiness.
Top Reviews

P. A. Dufour
5.0 out of 5 stars Wonderful author!
Reviewed in the United States on September 20, 2016
Format: Kindle EditionVerified Purchase
I've gotten several of his books and they are all really creepy! I listen to them at night in the audible form and then have trouble going to sleep. I don't think it matters a lot if you get them out of sequence as each is a story unto itself but it helps a little to have the background of the characters that show up again in other books in the series.
Read more
2 people found this helpful
Helpful
Comment Report abuse

Cpack
5.0 out of 5 stars Moving in book 2
Reviewed in the United States on December 14, 2016
Format: Kindle EditionVerified Purchase
Sometimes the dead are viscous, other times they just want to go. And sometimes life comes full circle. That old ticker is still hanging in with only a couple of extra jump starts along the way. Ron Ripley keeps you coming back for more. Thank you
Read more
2 people found this helpful
Helpful
Comment Report abuse

Thistle Amor
5.0 out of 5 stars Ron Ripley is my new favorite love affair!!
Reviewed in the United States on October 14, 2016
Format: Kindle EditionVerified Purchase
I have fallen in love with this author! Some things could be better but I still give it five stars simply because he keeps me engaged enough to want to purchase the next book in the series. I especially liked the ending and as much as I want to give it away I won't but it was very surprising and a nice twist.
Read more
4 people found this helpful
Helpful
Comment Report abuse

Amazon Customer
1.0 out of 5 stars Poor "Ghost Story"
Reviewed in the United States on April 29, 2019
Format: PaperbackVerified Purchase
This was just a story featuring ghosts and people intermingling with each other's lives. NO suspense at all.
Read more
Helpful
Comment Report abuse

Kindle Customer
5.0 out of 5 stars Good Story!
Reviewed in the United States on April 16, 2016
Format: Kindle EditionVerified Purchase
This is a creepy story about Brian and the battle with the demonic spirit called Paul. This is a continuation of the previous books and is still just as good as the others. Great writing, and good characters give this book a must read for dark and gloomy days when a ghost book is appropriate. Will read more!!
Read more
Helpful
Comment Report abuse

Kindle Customer Ruby
5.0 out of 5 stars Loved it.
Reviewed in the United States on August 15, 2016
Format: Kindle EditionVerified Purchase
Was even better than Moving In. Great scenes. The ending was fantastic. Can't wait to read the next one. I have almost of Ron's books. Loved this. I love ghost stories.
Ruby
Read more
Helpful
Comment Report abuse

Angel
4.0 out of 5 stars Good short read
Reviewed in the United States on August 7, 2016
Format: Kindle EditionVerified Purchase
This series books are short but they keep the pace going and keep me reading and entertained from beginning to end.
Read more
One person found this helpful
Helpful
Comment Report abuse