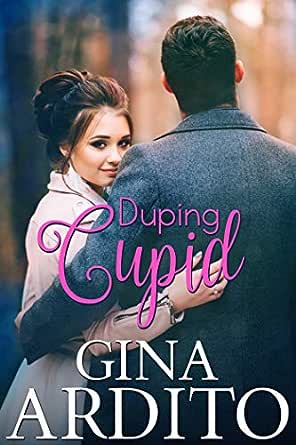 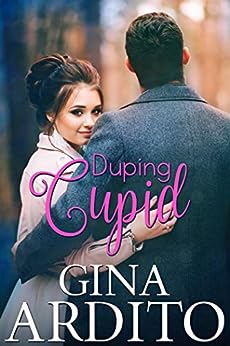 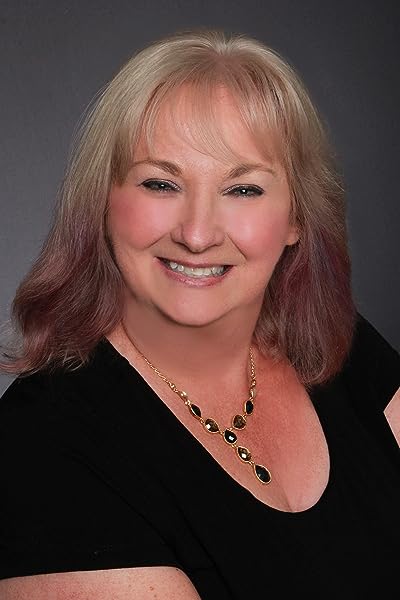 "Okay so just go get the book and read it for yourself! It is a fun yet emotional story you won't want to miss out on!" - Books Are Sanity

Gina Ardito is the award-winning international author of more than twenty romances, a legendary singer in confined spaces (her car, the shower, her office cubicle), and a killer of houseplants. She hosts fun, informative workshops for writers around the country. In 2012, Gina was named a Woman of Outstanding Leadership by the International Women’s Leadership Association, but to her friends, she’s still just a shenanigator. A native of Long Island, New York, she lives with her husband, two children, a bionic dog, and their two cat overlords. For more info on Gina and her books, you can visit her website at ginaardito.com, follow Gina on Facebook at https://www.facebook.com/GinaArditoAuthor, on Twitter at https://twitter.com/GinaArdito or sign up for the monthly newsletter she shares with her ScribBLING Diva pals at http://scribblingdivas.com/ --This text refers to the paperback edition.

4.5 out of 5 stars
4.5 out of 5
44 customer ratings
How does Amazon calculate star ratings?
Amazon calculates a product’s star ratings based on a machine learned model instead of a raw data average. The model takes into account factors including the age of a rating, whether the ratings are from verified purchasers, and factors that establish reviewer trustworthiness.
Top reviews

HopefulRomantic
5.0 out of 5 stars Cute, Clean and Completely Adorable
Reviewed in the United States on July 26, 2013
Verified Purchase
This is the first work I've read by Gina Ardito, but it won't be the last. I completely enjoyed this sweet little novella, and would recommend it to those who enjoy romance without explicit sex or language.

After breaking up with a shallow ex-boyfriend, Vivi must attend a party...alone...at which her ex-boyfriend and his new (skinny) girlfriend are also in attendance; how humiliating! Sebastian "Bass" Lawrence, sees Vivi and is so intrigued by her that he steps in as her date. Bass has also been burned by romance, so he and Vivi, having both sworn off romance, become the best of friends. They even start a business, Cupid To Go, an escort service for people in need of a date. Vivi acts as Cupid, while Bass is a silent partner.

Enter Ava Featherstone, former super-model, soon-to-be-ex-wife of wealthy attorney Cecil Bannerman, and potential (demanding) client of Cupid To Go. When Bass comes to take Vivi to lunch -- as he often does -- Ava spots him and says HE is the one she wants to serve as her attentive boy toy, all to save face with the media. Vivi is surprised when Bass agrees.

Here's where it gets painful -- but in a romantic-please-let-there-be-a-HEA kind of way. Ava's contract demands that Bass appear totally devoted to her, which means Vivi is suddenly spending a lot of time alone. Even the holidays, which she's always spent with Bass, are miserable affairs with her miserable family. Vivi is miserable, Bass is miserable -- the only people happy are Ava and the media, who are predicting wedding bells for "SebAva".

Vivi has the perfect Christmas gift for Bass. Bass has a great gift for her, too, but they can't see each other to exchange them. And now I'm getting close to spoilers, so I'm going to stop.

This truly was a sweet little romance. Part of me wanted to grab Bass and shake him and say, "Really? You're not this stupid!" Another part of me had to laugh at his cluelessness. I also enjoyed that we get both Vivi's and Bass' POV throughout the story. I highly recommend this novella as a short, sweet read!
Read more
8 people found this helpful
Helpful
Comment Report abuse

Deb A.
4.0 out of 5 stars My favorite type of romance!
Reviewed in the United States on August 13, 2013
Verified Purchase
Of late, I have been reading a great deal of books which are heavy dramas. So, I decided to take a day off and read something light and refreshing. As I was looking for something on Amazon to post on my Facebook page to list as 'Free today', I ran across one that fit the bill perfectly! Duping Cupid is only about 90 pages, so it is a quick read.

Unlike most romance novels I have read, Duping Cupid revolves around best friends. So many involve people that just meet, fall in love, and are married within a couple of months. Ugh! Personally, I prefer a more realism to my romances when I deign to read them.

Vivian Maxwell, or Vivi to her friends, and Bass (Sebastian) Lawrence have been best friends for 8 years. They met shortly after both of them exited nightmare relationships of their own. Everything has been strictly platonic, and both think getting involved with the other would be too weird.

Vivi owns, along with Bass, a company called 'Cupid to go'. Due to her marketing campaigns, she is known to most of New York City as 'Cupid'. Most of their agents are actors, actresses or models in between paying gigs. There are also several university students working to help pay tuition. "Cupid To Go provides dates for women - and men - to steer them through an awkward social situation or to save face when packed into a corner by well-meaning matchmakers. Can't bear the idea of going to your high-school reunion because your wife's just left you? Call Cupid To Go and arrive with a gorgeous blonde on your arm. Trying to avoid social Siberia of the singles table at your cousin's wedding? Cupid To Go can provide a charming escort that will gain you the envy of all your relatives." And so on. In my opinion, I like the business plan!

Enter Ava Featherstone Bannerman. Ava is a former super model who gave up her career on the runway to marry Cecil Bannerman - New York financier and descendant of one of the country's oldest banking families. Ava informs Vivi that she requires a 'date' for the next 5 months. Cecil has just informed her that he's leaving her for his 'former' executive assistant, and Ava needs to socially 'beat him to the punch'. It's a day or two before thanksgiving, and most of the agents have been booked for events during the holiday season. In looking through the portfolios, Ava declares most of the men 'boys' and none will do. ...Then Bass shows up to take Vivi to lunch. Ava declares his perfect, and insists only he will do! Bass is already well known as the 'hunky doctor' from a TV series Our Small Town that was extremely popular several years. He has not lost any of his good looks or charm. Of course he'll do! And, he declares he's up for it.

Immediately, Ava realizes the relationship between Bass and Vivi is more than the platonic one they claim...and neither of them realizes it. She says as much to Bass, and it starts him really thinking about it. Ava tells him that by spending the next four months with her, they will dupe Cupid into realizing how she feels about him.

Because Vivi and Bass now need to cut off contact with each other due to Ava's demands - especially since the gossip-mongers and paparazzi are all over this new relationship like white on rice! Just how Ava wants it. Fortunately for Bass, he has not lost an ounce of his acting abilities...and every day he is grateful just to get through it! As he suffers at the shallowness of Ava's 'friends' and cronies, he misses Vivi more and more.

Vivi, whose family has high expectations for everyone in the family, continually belittles her about how she can't keep a guy long enough to marry her. Trust me, the way her family treats her - it's UGLY! If my family were like this, I doubt I would ever go back for the holidays.

Vivi is miserable without Bass, and misses him more and more each day. Bass is doing such a good job with his assignment with Ava, that even Vivi is fooled when the gossip websites publish a picture of Bass leaving Tiffany's with one of their signature bags. Bass knew going in that none of the employees will talk, but another customer tattles that they overheard a discussion around 'ring sizing'. Vivi, never considering the possibility, doesn't realize that while yes, he actually DID buy an engagement ring, it's for HER! Vivi assumes it's for Ava.

I could very easily keep going and tell you more about what happens, but you'll just have to read it for yourself!
Read more
One person found this helpful
Helpful
Comment Report abuse

Angeloris
5.0 out of 5 stars Very entertaining novella
Reviewed in the United States on February 3, 2014
Verified Purchase
Normally, I don't go for novellas, but I decided to give this one a try, seeing as I am a fan of the whole 'best friends become lovers' theme. I had no complaints.

Vivi and Sebastian aka "Bass" are very close friends. Together, they run "Cupid To Go", a unique dating/escort service. One day, a client (Ava) walks in demanding the very best date they can offer to take her to events during the winter season. She is disappointed in the choices Vivi proffers, but takes one look at Bass as he walks into ViVi's office and decides she has to have to him. Vivi is hurt that Bass accepts, and even more upset when he seems to shower Ava with what seems to be genuine affection.

Ava's arrival forces both Vivi and Bass to confront their feelings for each other.

I recommend this book because it's simply one of the best novellas I've read in a long while. You won't be disappointed.
Read more
One person found this helpful
Helpful
Comment Report abuse

Red Apple ReaderTop Contributor: Coloring
5.0 out of 5 stars What a fantastic read!
Reviewed in the United States on January 21, 2014
Verified Purchase
I thoroughly enjoyed DUPING CUPID. This is my first read by Gina Ardito...and it definitely won't be my last! It was so much fun to watch Bass and Vivi go from long-time best friends to realizing they genuinely love each other. The premise of her business, "Cupid To Go" was absolutely charming. Had me smiling all the way through, as the entire short story was rich with ongoing conflict, humor, and romance. The story was rich with themes of romantic love, self-esteem, and honor. The story line took fun twists and turns, with Vivi and Bass responding like real people...people I could admire and respect. This romance was *clean*...without a glimmer of offensive language or sexual content. Highly recommended. My sincere congratulations to Gina Ardito for this very well written short.
Read more
2 people found this helpful
Helpful
Comment Report abuse
See all reviews from the United States