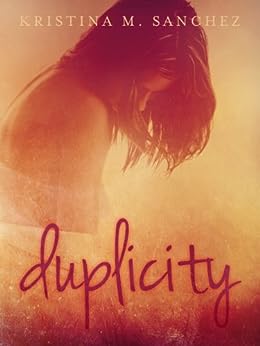 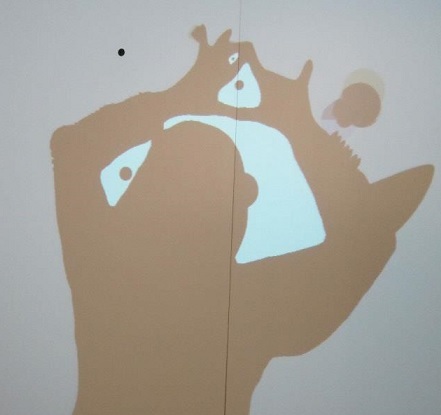 4.5 out of 5 stars
4.5 out of 5
61 global ratings
How are ratings calculated?
To calculate the overall star rating and percentage breakdown by star, we don’t use a simple average. Instead, our system considers things like how recent a review is and if the reviewer bought the item on Amazon. It also analyzes reviews to verify trustworthiness.
Top reviews

Heather
5.0 out of 5 stars READ IT!
Reviewed in the United States on September 1, 2014
Verified Purchase
Lilith had made peace with her lot in life. She knew that sacrifices had to be made in order for the ones she cares about to be able to go to school, and didn't think twice about it until she meets a curious stranger. Meeting strangers wasn't anything she wasn't used to, however, in her profession it was rare for people to become "regulars", but that is exactly what this stranger named Trey becomes.

"People ask how you are, but they don't want to hear the answer anyway"

Trey is unlike any customer Lilith has ever had. He doesn't make Lilith feel bad about herself, nor does he pressure her to be anyone that she isn't. Trey is like a breath of fresh air for Lilith, except that he has an insatiable curiosity. When they are together, Trey asks Lilith questions about herself. Questions that Lilith may or may not be honest in answering, questions that make Lilith feel uncomfortable, for the answers make her think about things that she has tried hard to leave in the past. Lilith begins resisting the feelings that Trey conjures up, and reminds him of their arrangement in a feeble attempt to push him away. His response is what will make every reader fall for him, if they haven't by this time already.

"I could never pay you what you're worth"

I started reading this book on a serious book hangover. Before this book I had flounced a handful of books for various reasons, but this author writes so eloquently that once I started reading I was immediately sucked into the story. I've purposely left out a ton of details about this story because it's important for the reader to take this journey with Lilith and uncover these things as she does.

Duplicity is the debut novel from Kristina M Sanchez, and it does not disappoint! She writes with the assurance of veteran authors, and is able to tell the story of two unlikely people getting to know one another and accepting each other for who they are. I thought that this story was beautiful and I loved how it was written in a way that does not bash people for choices they have made, but instead stands up for those choices unashamedly by pointing out that as long as two people are consenting adults, the details don't matter. I can't wait to read more from this author!

ahhmericanwoman
4.0 out of 5 stars Objects in your mirror may be closer than they appear.
Reviewed in the United States on June 9, 2015
Verified Purchase
MAY BE SOME SPOILERS

Let me start out by saying that if you have strong moral objections to prostitution and think they should all go to hell, this is probably not the book for you. Lileth lives on the seedy side of life; it means nothing to her and is just a way to make her money to get by. She believes she is a functional girl with disfunctional friends. But she has ghosts in her own closet she hasn't faced and makes up her own 'past' based on who she feels like being on any particular day.
Circumstances cause everything to blow up in her face. Meanwhile there is a guy (when isn't there a guy?) who is a client? friend? lover? none or all of the above? who is with her throughout her journey.
This is an interesting story about the mental trama life can have on someone, and how they cope with it. I enjoyed this rather sad story, understanding what made Lileth tick. It was hard not to like this damaged girl, and I feel it was a well written story. The male lead was rather unbelievable. At first I thought he was a dork, but he turned out to be, well, alot of things, and too nice and patient to be real. Just a little too unlikely to me. But worth a read.
Read more
Helpful
Report abuse

Jessica H
4.0 out of 5 stars “Wise words are wise no matter whose mouth they came from.”
Reviewed in the United States on January 4, 2014
Verified Purchase
In Lilith Callicotte’s profession, being able to indulge in a little fantasy was a plus. Not much that came out of her pretty little mouth was real, but then again, what did her rich, playboy clientele care about truth? Lilith made lying more than an art – it was her life. But as lies often go, it only took one client asking too many questions for everything to unravel.

MY THOUGHTS
This was the first book I've read from Kristina M. Sanchez and I'll say that I was suprised. I love love love the cover! I have to admit that I do judge a book by its cover. It was a pretty quick read. It was a very well written book.
Usually in such a short story, the characters aren't as developed or the plot suffers but thats not the case in duplicity.

Lilith really drew me into the story and found myself devouring it just to see how her story unfold and how she got to where she was.

I really liked Trey. I think he is a true gentleman in the loosest terms. duplicity isn't a typical Romance novel, but I loved it nonetheless.
Read more
One person found this helpful
Helpful
Report abuse

Truffle Shuffle
3.0 out of 5 stars Meh
Reviewed in the United States on January 22, 2014
Verified Purchase
It was okay for me. I thought the writing was fine, but I just could not connect with the characters, especially Lilith. I could just never get into her character(or even like her) for some reason, nor the male lead, Trey, who was a bit vague. This is a shorter novel, so maybe that's why I didn't get a chance to really care about these people. There just wasn't enough time for them to be developed completely.

One other little thing that bugged me was how they kept condoning her occupation. It kept being brought up to the point that it was becoming redundant. Lines like, "...not that there's anything wrong with what you do...", started driving me crazy.

As I've said, the writing isn't bad at all. I think it's the characters that I just could not get into. Another reviewer mentioned having read the author's fanfiction. I have too and have generally enjoyed her writing, but there was just something about this one that didn't pull me in. Of course that's just my opinion, and obviously other reviewers don't feel the same. That's just what I got from it. In fact, I originally had this with 2 stars, but I feel that was a bit harsh, so I raised it to a 3. It just comes down to my personal feelings about the characters and their lack of development.
Read more
11 people found this helpful
Helpful
Report abuse
See all reviews

Carrie
5.0 out of 5 stars Beautifully written
Reviewed in the United Kingdom on August 26, 2013
Verified Purchase
Duplicity is the story of a girl - Lillith - who works as an escort / prostitute in a seedy club. When she meets a new customer, Trey, her carefully ordered world is brought into question.

The characters in this novella were extremely well developed. None of them were perfect, but their flaws were believablle, and ultimately, forgiveable. Even the minor characters are fully fleshed out, which is a pretty impressive feat in a novella.

If you enjoy stories with less-than-perfect characters, an interesting plot, and perfectly written prose, then Duplicity is for you.
Read more
One person found this helpful
Report abuse

Lisa-Marie Taylor
5.0 out of 5 stars one of my fav authors
Reviewed in the United Kingdom on September 19, 2013
Verified Purchase
This woman is one of my fav writers ever. Have read all her stuff on fan fiction, where her pen name is lyricalkris. Her stories have such heart, make you feel so many emotions, because she is a beautiful writer, a pleasure to buy her book after reading her amazing stories for so long for free. This story is short enough to read in an evening but makes you feel so much, and has some very valid points about women and their choices. Buy it, you wont be dissapointed
Read more
Report abuse

suzy2010
5.0 out of 5 stars heartbreaking but heart warming at the same time
Reviewed in the United Kingdom on January 11, 2015
Verified Purchase
Such a sad story. Poor Lilith works hard to save her friends from their abusive past. But she can't save herself until Trey comes along. Trey her light at the end of the tunnel,who questions everything she does. He doesn't judge her,but when she needs him the most. He is there for her.
Read more
Report abuse

Jb
5.0 out of 5 stars Great read
Reviewed in the United Kingdom on November 9, 2016
Verified Purchase
Great read, different storyline, I was enthralled in parts and turns out that it was hard to put down. Excellent
Read more
Report abuse

jennie peake
5.0 out of 5 stars Great Tale
Reviewed in the United Kingdom on August 5, 2017
Verified Purchase
A fantastic tale of being saved when you don't realise you need to be. Beautifully written and captured me from the start. Since the first page I've not been able to stop reading.
Read more
Report abuse
See all reviews