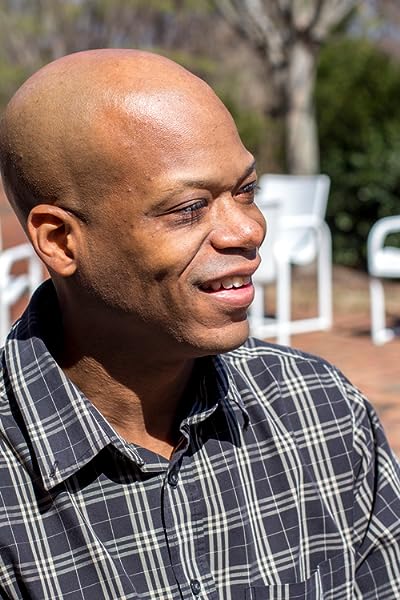 Start reading Dusk (Dusk Trilogy Book 1) on your Kindle in under a minute.

J. Moore
4.0 out of 5 stars Good, but could've used some editing and page trimming
Reviewed in the United States on September 19, 2010
As of this writing, I am in Mr. Luke's Creative Writing class at John Tyler Community College (Chester, VA). When I found out that Mr. Luke had a science fiction novel out, I wanted to get it -- science fiction is one of my favorite genres. I bought the paperback edition and have already made a steady dent in reading it.

So far I have found the story to be good; the plot was creatively made its own to stand out over other books with similar themes, and there was already an anecdote between a father and his son that gave an extra sense of humanity to the work. I am currently a third of the way in, so I am not qualified to say whether the ending is satisfactory. But so far I am contented enough to say it was money well spent.

Now the major problem I have with what I read so far is an editorial one. This novel was self-published through iUniverse, and a consequence one has with self publishers is the lack of an editor and a proofreader like with professional publishers. I have read self-published novels before with serious grammar and typographical errors, as well as spacing inconsistencies and just terrible quality throughout. Now this book, DUSK, is not near as bad as other books in this vein, but if it were picked up by a more traditional market, someone would have noted its length.

To make my point more clear, the book is about 520 pages or so (paperback), and to me it is a little too long to do the story justice. If it were trimmed a page here and there, it would be greatly improved. There is nothing wrong with shorter books--as I write this I think of I, ROBOT and DO ANDROIDS DREAM OF ELECTRIC SHEEP? as good examples.

Now as I say this I realize that I have not yet finished the book. Once I do, I am sure I might have different viewpoint about the length, and besides it does not negate the quality of the story. Read it for yourself and find out what you think of it.

J. Moore
5.0 out of 5 stars Excellent science fiction
Reviewed in the United States on June 14, 2019
I am a big fan of the writing of Ashanti Luke, and Dusk is a fine science fiction novel. With world building that would put Frank Herbert to shame, this is the first in a planned trilogy of novels that explore religion, the human psyche, and where the future will take us. I highly recommend this novel.
Read more
Helpful
Comment Report abuse

leah j. williams
4.0 out of 5 stars Lots of potential!
Reviewed in the United States on April 25, 2011
I would like more of a foundation and some back story to get it started. However, I am really enjoying the story and find it to be overall well written. The idea is brilliant and a lot of fun to follow. I look forward to more books from Mr. Luke.
Read more
2 people found this helpful
Helpful
Comment Report abuse
See all reviews