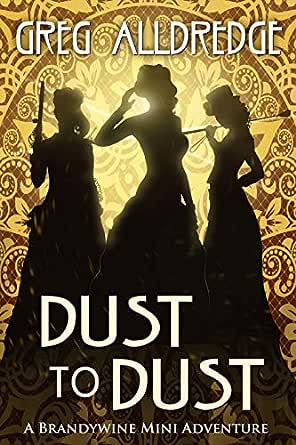 You've subscribed to A Brandywine Mini Adventure! We will preorder your items within 24 hours of when they become available. When new books are released, we'll charge your default payment method for the lowest price available during the pre-order period.
Update your device or payment method, cancel individual pre-orders or your subscription at
Your Memberships & Subscriptions
There was an error. We were unable to process your subscription due to an error. Please refresh and try again. 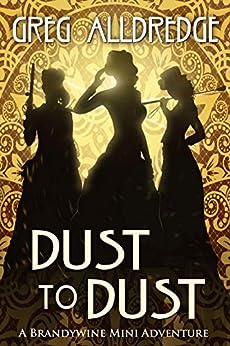 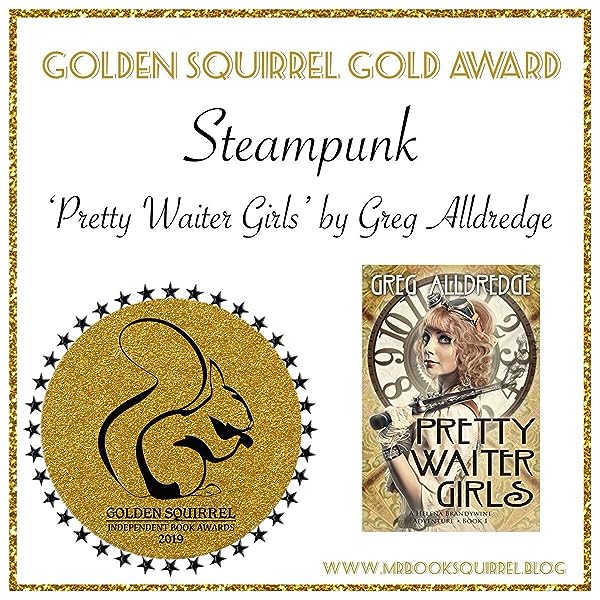 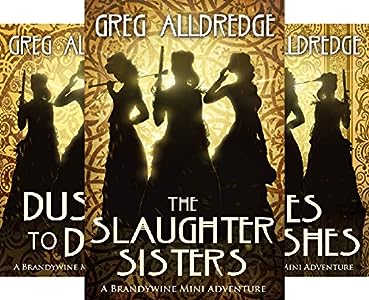 4.0 out of 5 stars
4 out of 5
10 global ratings
How are ratings calculated?
To calculate the overall star rating and percentage breakdown by star, we don’t use a simple average. Instead, our system considers things like how recent a review is and if the reviewer bought the item on Amazon. It also analyzes reviews to verify trustworthiness.
Top reviews

MapleLeafAussie
5.0 out of 5 stars A marvellous read!
Reviewed in the United States on August 8, 2018
Verified Purchase
‘The Slaughter Sisters’ is a gaslamp novella set in the same world as the author’s Helena Brandywine mystery series. The Slaughter Sisters are Faith, Grace and Charity, monster hunters extraordinaire.

The writing is lively and vivid, which engages the reader and enhances the dynamic characters. There is diversity and variety in the characters, some of whom are more complex than others. Each with their own strengths and flaws, the main characters are both highly individual and very complementary of each other as a group. One thing I really appreciated while reading is the way in which the author showed a character who had been perceived as a hindrance to be an asset, initiating new awareness and appreciation among the others. In this, the author subtly and cleverly teaches the reader a lesson about their own willingness to be positioned by the opinions of others and to allow that to influence our own acceptance and tolerance.

The plot is interesting, balancing the well-developed mystery and some sombre moments with some lighter moments of humour and irony.

I very much enjoyed this story. It works well as a standalone, but it also makes me keen to read the rest of the author’s books set in this world.
Read more
Helpful
Comment Report abuse

Charlie Don't Surf
4.0 out of 5 stars A fun, fast-moving adventure
Reviewed in the United States on October 10, 2018
Verified Purchase
This book was a fun novella about a trio of aptly-named sisters who aim to rid the greater New York area of monstrous threats to its safety. In this story, the threats happen to be undead ones.

The action is brisk, as you’d expect in a shorter book, and the author shows a good sense of humor in the dialogue. His portrayal of the creatures encountered by the sisters is a nice twist on the “monsters are people, too” idea.

The only things I wished were different about the book is that, one, the ending was a little abrupt. The villain needed to be a little more evil and diabolical for my tastes. I would also like to have seen Abigail’s character be even more pretentious and high-toned. Finally, there wasn’t much character growth involved. Maybe that’s a bit much to ask in a story of this length, but I was hoping for some signs of this besides just realizing not every non-human is evil.

Those are pretty small issues, however, compared to the qualities of the book. If you enjoy stories that move along, have some action, and feature female lead characters, this one should appeal to you. I’m scoring it 4 stars and will probably try others by this author in the future.
Read more
Helpful
Comment Report abuse

Dan Melson
4.0 out of 5 stars The Ending cheats you of a resolution
Reviewed in the United States on August 31, 2019
Verified Purchase
The ending cheats.

The youngest Slaughter sister is on her own for a week - and the matchmaker brings a prospective husband by. She's also working a new case all by herself in her sisters' absence.

Sybrina Durant
5.0 out of 5 stars Great story with lots of twists and turns
Reviewed in the United States on August 10, 2018
Verified Purchase
Author Greg Alldredge kept me guessing throughout his turn-of-the-century supernatural American novel. This story of the three monster-slaying Slaughter Sisters from Yonkers was so well crafted that I sped through it at lightening speed. It definitely left me wanting to read more so I am glad that there are other Brandywine Adventure books to choose from. Count me in as a new fan.
Read more
Helpful
Comment Report abuse

William W. McClendon III
5.0 out of 5 stars Fun stuff!
Reviewed in the United States on August 2, 2018
Verified Purchase
This was a ton of fun and I thoroughly enjoyed it! I loved the premise of the three sisters engaged in hunting down supernatural monsters and kicking butts back at the turn of the century. It was a fun, fast read, highly recommended...it makes me want to read the other books by this author in the Helena Brandywine universe!
Read more
Helpful
Comment Report abuse

Laney Smith - Author
5.0 out of 5 stars My first steam punk novel
Reviewed in the United States on December 27, 2018
Verified Purchase
Thoroughly enjoyed this tale. It was my first steam punk read and a great introduction to the genre, I feel. I recommend this book for anyone who is bored with how mundane and predictable life can become.
Read more
Helpful
Comment Report abuse

Ruthi W.
4.0 out of 5 stars fast read
Reviewed in the United States on March 30, 2019
Verified Purchase
This isn't my kind of story, fantasy type but this is a fun, short read. I do have the next 2 in the series to read.
Read more
Helpful
Comment Report abuse

Cindi Jewett
3.0 out of 5 stars Too short
Reviewed in the United States on September 24, 2018
Verified Purchase
This was a good read, however it was too short. Just when I was starting to get into the story it was over..
Read more
Helpful
Comment Report abuse
See all reviews

P A DEWS THOMSON
2.0 out of 5 stars Good plot, good characters, poor editing
Reviewed in Australia on August 29, 2019
Verified Purchase
The theme and characters have a strong appeal. Unfortunately, the writing is often clumsy. An editor could tunr this into a five-star work.
Read more
Report abuse
See all reviews