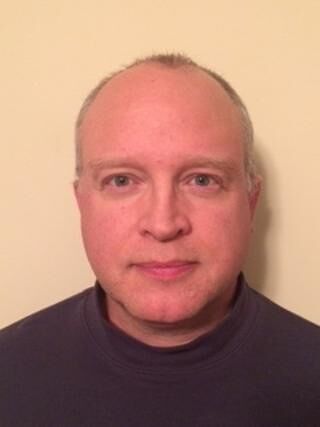 Start reading Dying Echoes: Memoirs of the War 1914-1920 on your Kindle in under a minute.

Leon G. Konieczny
5.0 out of 5 stars One man's Phoenix Story: Poland rises from the ashes of the Great War
Reviewed in the United States on July 12, 2020
Verified Purchase
I am so glad this book was translated into English. It's a great account of one man's story, starting out as a raw conscript in the Austrian army at the start of World War I, his rise within the anti-Polish Austrian army, the eventual end of World War I, the rebirth of Poland, and the part he played in that rebirth. It's a striking and moving account of the horrors of war and the horrors of hatred. In general this is a good translation, there were only a few awkward passages, but it was easily readable and understandable.

I definitely recommend this book to anyone interested in the history of Poland, and specifically in some of the inner workings of what led to Poland's rebirth after World War I, having been absent from any world map for 123 years. It's also a great look at the place of Poles in the Austrian army and how they were treated.

The sad part of this whole story is that the author, who wrote this memoir about 1937, was murdered in the Katyń forest by the Soviet NKVD in 1940. In ignoble death for such an honorable patriot. This book does well, however, to remember him, his courage, his humility, and his devotion to Poland. A true hero, a true patriot. Sacred Memory! Świętej pamięci.

Kawczak
5.0 out of 5 stars Wonderfully written
Reviewed in the United States on February 29, 2020
Verified Purchase
I enjoyed the writing style and learned a great deal about the history of world war I. Until I read this book, I was unaware of the complex fighting relationships the polish people had faced. So many enemies through out the war. I also did not know the war continued for them after America finished fighting the war. A well written diary that does not read like a diary.

cas
3.0 out of 5 stars confusing as the chapters went on
Reviewed in the United States on September 24, 2020
Verified Purchase
difficult read....it was full of names causing a memory of who was who and what significance they had to the story...it did not meet my expectations
Read more
Helpful
Comment Report abuse

Schweizer Schloss
4.0 out of 5 stars All’s (fortunately) far from quiet on the Eastern Front
Reviewed in the United States on August 1, 2020
I must confess to a few things. (I’ll stick here to those of immediate relevance!)

The first is fairly shameful. Theoretically, I majored in 20th century history at a European university that is very proud of itself. Nonetheless, I know (or hitherto knew) virtually nothing about ‘the war after The War’. Many countries regard November 1918 as the end of WW1 hostilities. For Polish patriots, Russian Bolsheviks and many others, however, the battles over sovereignty, borders and other issues continued for another two years. Hugely important for the future of Europe, yet entirely ignored by my university curriculum.

The second is perhaps more laughable. Although it’s often hard to avoid wars as a history fan, I really don’t like all the gory bits. Conflicts’ social consequences? Fascinating. The political machinations? Frequently a warning. Technological advances? A silver lining to violent clouds. But blood and guts? Not my thing at all.

With this book, at last amending Confession 1 means wading through quite a lot of Confession 2. Fortunately, however, there is far more to «Dying Echoes» than bayonets in entrails. The latter are nonetheless important for one of this book’s several roles. Stanisław Kawczak often writes with the power to persuade even the keenest mercenary of the pointlessness of war. Remarque’s "All Quiet on the Western Front" is joined here by a description of horrors in the eastern and southern theaters of WW1. As well as slaughter, there are hunger, thirst, tedium, confusion, cold, heat, madness, endless lice and everything else except glamor.

Happily for readers like me, however, «Dying Echoes» offers lots else. As the title suggests, this personal account of army life is also about sounds. Not just the sounds of guns, grenades and pain, but also of language. Kawczak, a patriotic Pole before the re-creation of Poland, uses half-a-dozen languages. And he is far from unusual. Unbelievable in most modern armies, but in the Austro-Hungarian Empire, that’s how things worked. (Or suddenly didn’t).

Language, of course, is more than just a means of communication. It is closely related to identity, and thus doubly cherished in an Empire. The Habsburgs built theirs, like any other, on subjugation. Like colonial troops in the trenches of the Entente, the Poles, Serbs and Czechs in the service of Vienna were often seen chiefly as unreliable cannon fodder. Language can be a barrier, and used as one. But within a group, a common ‘language of the heart’ is a bond, and even in war it also bursts out in song, poetry and laughing conversations. It keeps patriots going in dark days, and is a foundation of this book’s happy end. For keen linguists like me, the many threads and characters of different languages are fascinating reasons enough to travel back 100 years with Stanisław Kawczak. I even discovered that the colloquial European use of ‘kamikaze’ is older than I had previously believed! And Polish, as we happily know today, is far from dying, or even (to use this book’s original title), anywhere near falling silent.

Close in many ways to language, and often also intimately related to identity, are food and drink. Among Kawczak’s intertwined narrative threads, comestibles are a recurring theme. In war, they feature most prominently when they are missing – days of dreadful thirst and despairing waits for something proper to eat. But food and drink also unite people in pleasure, and differentiate them by nation, class or rank. Even under fire and miles from Catering HQ, the Officers’ Mess somehow always manages finer nosh than Privates’ rations. But in adventurous moments, all sorts of ruses enrich every soldier’s table...

Right: So I enjoyed two out of three of these threads, plus many of the additional social, political and technological insights, as well as those into certain clichés of the epoch. Where would I improve future reprints? The action, or temporary lack of it, occurs in a bewildering number of places. So some maps are a must, I feel, even for well-traveled Europeans. (But an academic two-volume history of the Holy Roman Empire I own does no better!). Some brief biographical and cultural explanations would also be useful. In addition, the conversations at times seem strangely stilted. This translator’s construct can cause a smile or even a stumble. It reminds us, however, that language has changed rapidly in the past century – antique expressions (I suspect drone pilots rarely call each other «cur») pull us firmly back to the world of velocipedes and vaudeville.

These are quibbles. Despite writing up his wartime notes over a decade later, Stanisław Kawczak has given us a «diary» just as riveting as Aurelia Wylezynska’s genuinely blow-by-blow account of Warsaw’s rape by the Nazis in 1939. Murdered by their Soviet connivers in 1940, Kawczak tragically left us only this single work. It deserves a large readership – not least in my alma mater's Department of History!
Read more
Helpful
Comment Report abuse

Edina Mazur Alavi
5.0 out of 5 stars Superb historically relevant memoir
Reviewed in the United States on August 22, 2020
"Dying Echoes" by Stanislaw Kawczak is a fascinating WWI memoir. It's well written, historically interesting, and engaging from beginning to end. Kawczak kept a detailed account of his experiences as a Polish soldier drafted into the Austrian army which, along with Prussia and Russia, was an occupying force that wiped Poland off the map for 123 years. Poles, however, never gave up envisioning the resurgence of their nation as an independent country. Drawing from his diary Kawczak was able to bring to life the day to day experiences of soldiering with heart rending depictions of the senseless cruelties of war as well as the brotherly camaraderie and sometimes downright humorous thoughts and interactions between soldiers unwillingly fighting an enemy against whom they have no hatred. Ironically even, at times they had to fight against fellow Poles who were fighting under the domination of Russia. It wasn’t so great being Polish in an army of those who partitioned your homeland, and the Poles found ways to resist. My grandfather was from the same city in Poland as Kawczak and was also drafted into the Austrian army. I read “Dying Echoes-Memoirs of the War 1914-1920” because I was hoping to learn something of what my grandfather went through, and I did indeed. This book is truly a worthwhile and enjoyable read.
Read more
Helpful
Comment Report abuse
See all reviews

Regina
5.0 out of 5 stars An excellent read - very well written
Reviewed in the United Kingdom on October 31, 2020
Verified Purchase
I have family from Poland who took part in these wars and although I did not come across them here - a long shot I know - I found the story to be compelling especially as it is told by a 'foot soldier' and in no way reads like a text book. Great characters. Highly recommended.
Read more
Report abuse
See all reviews