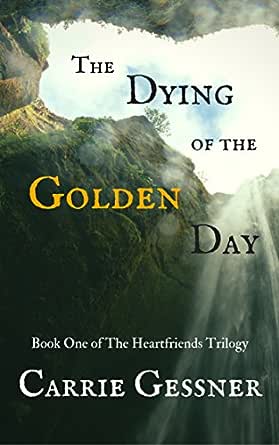 You've subscribed to The Heartfriends Series! We will preorder your items within 24 hours of when they become available. When new books are released, we'll charge your default payment method for the lowest price available during the pre-order period.
Update your device or payment method, cancel individual pre-orders or your subscription at
Your Memberships & Subscriptions
There was an error. We were unable to process your subscription due to an error. Please refresh and try again. 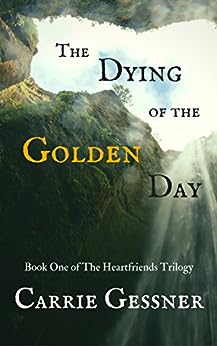 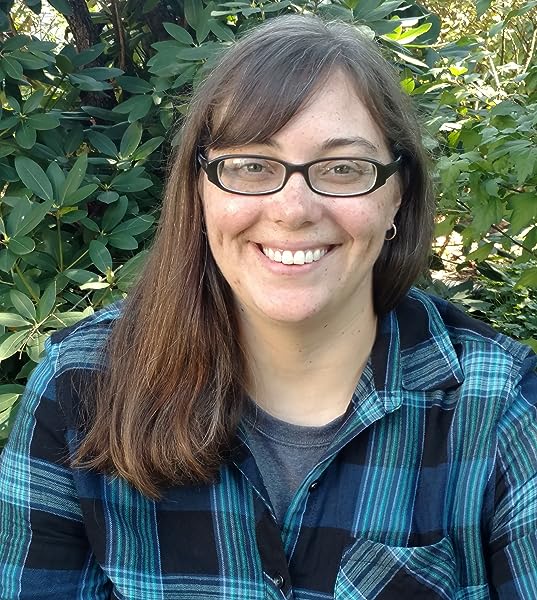 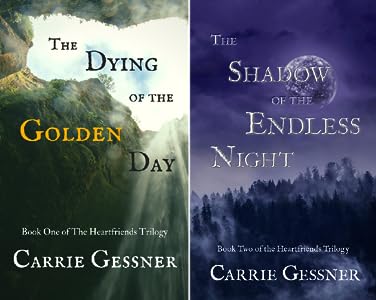 Carrie Gessner received a BA in English from Carnegie Mellon University and an MFA in Writing Popular Fiction from Seton Hill University. She writes speculative fiction and literary fiction and drinks a lot of tea. When she's not writing or reading, she likes to go for walks in the park with her greyhound. --This text refers to the paperback edition.

4.8 out of 5 stars
4.8 out of 5
14 customer ratings
How does Amazon calculate star ratings?
Amazon calculates a product’s star ratings based on a machine learned model instead of a raw data average. The model takes into account factors including the age of a rating, whether the ratings are from verified purchasers, and factors that establish reviewer trustworthiness.

J. L. GribbleTop Contributor: Fantasy Books
4.0 out of 5 stars Epic fantasy for the modern age
Reviewed in the United States on April 9, 2017
Verified Purchase
Disclaimer: I attended the same graduate program as the author and consider her a friend; however, I purchased my hardcopy version of this novel for full price.

I spend a lot of time reading urban fantasy these days, so it had been a while since I dove into a more traditional epic fantasy. Starting this novel felt a little bit like coming home. However, this novel is an epic fantasy for the modern age, filled with familiar elements of detailed world-building and political intrigue, but with surprising twists regarding characterization and other story elements.

Though fantasy novels set in vaguely medieval/renaissance time periods are a trope of the genre, including castles, swordplay, and royalty, The Dying of the Golden Day fills out the world with a unique and detailed magical and religious tradition that separate it from other books. The main character herself is a study in contrasts -- Aurelia is connected with the prince of her country through a magical bond, but their relationship is that of trusted adviser and friend rather than a source for sexual tension or other such drama. In addition, she is a woman both magically gifted and intellectually trained in the healing arts, but who does not shy away from learning to defend herself in physical combat.

Though Aurelia's narrative is who we follow through the plot, I was also very interested in the other two characters with magical ability -- Edana and Brennus. Both of them surprised me with their character development and revelations late in the book, and I hope they are explored more fully in later series installments.

Like all proper epic fantasy, this book was LONG. While I can't look back and point to sections that could have been cut whole-sale, and there were never scenes that dragged to the point of being unbearable, there was just a lot of story to get through. Luckily, things picked up in the back 1/4 of the book as events hurled toward a climax. Though not a traditional cliffhanger, many questions are left unanswered, and I am intrigued enough to continue with the series to see where these characters -- and their entire world -- go next.
Read more
3 people found this helpful
Helpful
Comment Report abuse

Joshua David Bellin
5.0 out of 5 stars a world of magic on the wane
Reviewed in the United States on June 24, 2020
Verified Purchase
I really liked this novel, an epic fantasy that explores a world where magic, rather than being an everyday thing as it is in many such books, is on the wane, doubted if not outlawed. That puts Aurelia, born with the gift of healing and committed to the old ways, in a difficult position, as she seeks to recover the magic of the spurned Goddess in a world where she can't fully reveal who she is. There's a rich historical sense to the world Gessner creates; the formative events occurred thousands of years ago, and it's intriguing in a Tolkienesque way to see the characters play out their lives against a history that's at once incredibly powerful and tantalizingly beyond their grasp. An excellent start to what looks to be an original and well-thought-out epic fantasy series.
Read more
Helpful
Comment Report abuse

Mark A. Eytcheson
5.0 out of 5 stars Thoroughly absorbing and sometimes brilliant, this one is a real gem.
Reviewed in the United States on July 15, 2018
Verified Purchase
I laughed. I cried. I grinned. I sighed. I read it again. Thoroughly absorbing and sometimes brilliant, this one is a real gem. There is depth and thoughtfulness throughout the book, and little hidden pearls of thought-provoking truth and wisdom about the human soul and psyche and actions. Seek them out if you will. Carrie obviously has a learned background in history and culture and literature.Many fantasy books put so much focus on the actions and the settings, and leave you to infer the characters’ thoughts and feelings and soul from their actions. That is a perfectly valid style, but to write as in this book, with a lot of dialogue where the characters are at the forefront and their thoughts and emotions and feelings are accurately described and communicated and felt, that is some truly gifted writing. Read the book slowly and savor it. There is heart and clarity to the characters and they are believable and natural, and the rapport that is built with them is captivating. I could feel the discomfort with someone who is not good with people and is uncomfortable with them. I could relate to the person who is supremely confident and always feels in control. This is a must-have for any fantasy library. I can hardly wait for the next book to come out. Oh, so many books and so little time. I long for the eagerly awaited next book, which will be near the top of my list. Enjoy. And enjoy again.
Read more
One person found this helpful
Helpful
Comment Report abuse

Simongiftcard
5.0 out of 5 stars WOW.... I cannot say enough about ...
Reviewed in the United States on October 26, 2016
Verified Purchase
WOW....I cannot say enough about this book. The author keeps you in suspense. When I first saw how this book was, I thought no way. This book has many pages. I have to admit that I am not much of a reader. Immediately, this book caught my attention as I could not hardly put the book down. It turned out that I read the book in less than four days. If I didn't have to sleep or work, it would taken less time. This book was a page turner. I had to force myself to stay awake to see what will exciting adventure will be happening next.

I recently found out that Miss Carrie is a new author. This first novel is excellent especially for a new author.
I can see that this being a movie in the near furture!!!!>
Read more
2 people found this helpful
Helpful
Comment Report abuse
See all reviews from the United States