You've subscribed to The Dystopia Quintet! We will preorder your items within 24 hours of when they become available. When new books are released, we'll charge your default payment method for the lowest price available during the pre-order period.
Update your device or payment method, cancel individual pre-orders or your subscription at
Your Memberships & Subscriptions
There was an error. We were unable to process your subscription due to an error. Please refresh and try again. 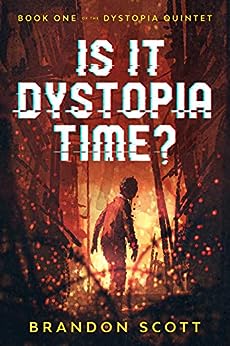 Is It Dystopia Time? (The Dystopia Quintet Book 1) Kindle Edition 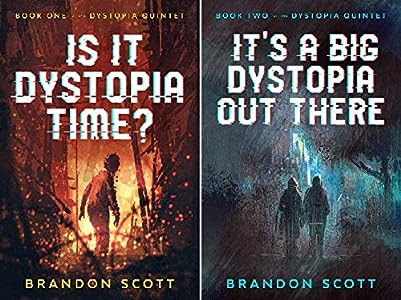 The Dystopia Quintet
Kindle Edition
Page 1 of 1Start OverPage 1 of 1
Previous page
Next page
Create your FREE Amazon Business account to save up to 10% with Business-only prices and free shipping.

Anita Dow, The Martian Diaries sequel to The War Of The Worlds
4.0 out of 5 stars Sinister and disturbing series opener
Reviewed in the United Kingdom on April 28, 2020
Verified Purchase
This chilling story is rather unsettling and I hope it is not a foreshadowing of things to come. America is now 'New America' and a place where the slightest disagreement with the ruling elite and its oppressive regime will result in execution or other suspicious death. No trials, no apparent judicial system – at least not as we know it. Children's lives are particularly expendable and even in school, they may be casually killed for the slightest demeanour, especially if the 'party line' is not complied with. Grim? Yes, but Brandon Scott manages to deliver this story in such a way that I was fascinated more than repelled.

The central plot sees a sibling rivalry between two barely teenage brothers who do not appear to live with any family and yet have a sinister close connection to the ruling regime. Their opposing viewpoints on those in control is the central theme of their conflict. Some of the events are implied rather than graphically described, and some are written as the 'norm' for the characters, which I found quite compelling, although disturbing. Author Scott's writing pulled me in from the first page, with a shocking opening scene, as he uses visual imagery particularly well. It will be very interesting to see how his writing develops with this series and I'm sure that fans of the dystopia genre will not be disappointed. Do read right to the very last page – that final section of 'Acknowledgements' that we often ignore; there's a nice surprise waiting for the reader, done in a way that I very much appreciated.
Read more
Report abuse
See all reviews
Back to top
Get to Know Us
Make Money with Us
Amazon Payment Products
Let Us Help You
EnglishChoose a language for shopping. United StatesChoose a country/region for shopping.
© 1996-2021, Amazon.com, Inc. or its affiliates