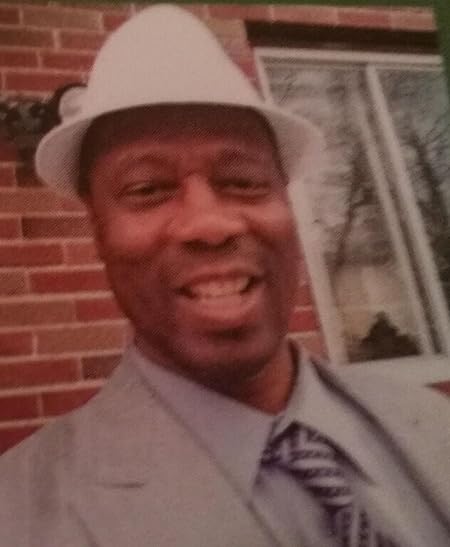 Hello there, E. Lloyd Kelly, Author, poet, and podcaster at inkyitalk.com. Born in Jamaica, W.I. to Raglan, and Alma Kelly.

Works as a shuttle bus driver at McGill University

Author: The Shirt Depot, Backsliding, How to train a wild puppy dog named, Manley, 76, Clancy's journey, Some Shitty Vacation, Spaces: My Space, Your Space and the Public Space, Waters of Silver Springs,

Poet: Prelude, Born for this and The Road, among many others. Some of these may be found on YouTube and other social media forums

A Songwriter; (of sorts) many original pieces are floating around on youtube. I also 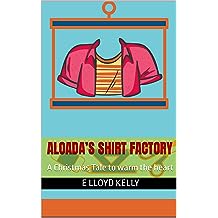 Aloada’s Shirt Factory: A Christmas Tale to warm the heart Aug 22, 2022
by E Lloyd Kelly
$2.99
There are 31 days in December, each of which holds fond memories for a man named Memrie. Come along and watch the story unfold, in the many adventures of Prickly Pole.
Aloada’s Shirt Factory, is a grown-up Christmas story for the little child in you, and yes, in me too. So, you want something unique and different, right? This is it. It's Prickly pole’s story, and it’s a bit sick. “Aloada’s Shirt depot” is a story to go because it's a short story. A Christmas Tale to warm the heart. Told in wry humor, metaphoric terms, and a feeble attempt at poetry. Yes, we have a way with words, so. word-play is the order of the day around here too. With snippets of Jamaican Patois inserted here and there throughout, as may be found fitting. Yeah man, a Jamaica yaad mi cum from, sorry, I meant to say, I’m Jamaican born and bred -okay?
Read more 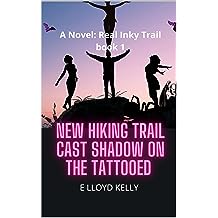 New Hiking Trail Cast Shadow on the Tattooed : A Novel: Real Inky Trails, book 1 Aug 4, 2022
by E Lloyd Kelly
$2.99
“Raw, Real, and full of Fun.” New Hiking Trail Cast Shadow on the Tattooed is a work of fiction. Born out of some fool’s wild imagination. Told in wry humor, and a feeble attempt at poetry. Yes, wordplay is the order of the day around here too. With snippets of Jamaican Patois inserted here and there throughout, as may be found fitting. Yeah man, a Jamaica yaad mi cum fram, sorry, I meant to say, I’m Jamaican born and bred—okay? These well-sculptured, firm-bodied Cekko-warrior girls traverse diverse dimensions astride long-legged Zebra-striped beasts in search of the lost Genodes. Dishing out their brand of peace and passivity liberally along the way, not even special agent Shadow was to be spared. Yes, Shadow casting was a regular everyday occurrence in the Cekkoland sphere. Until he was force-pushed out and into the humanoid spheres, and now, look. Look at what they have gone and done…
similar writing style to Eric Garcia 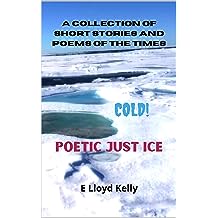 Poetic Just Ice. Cold. : A collection of short stories and poems of the times. Feb 8, 2021
by E Lloyd Kelly
$2.99
A wannabe entertainer-turned gang-banger used to hang out with the musicians jamming on the corner. Showing off his car parked there outside the bar beside her, when she’s not inside and listening to hear what else he’s got to share and surprise her. That’s where the shot was heard, Shannon hasn’t spoken another word since the big happening, weird. Stories from his early childhood through to the present day. Told with wry humor, poetry, and snippets of Jamaican patios inserted here and there as may be appropriate. Yeah man, a Jamaica yaad wi cum fram. Sorry, I meant to say, we're Jamaican born and bred -okay? Access previous short stories and poems-of-the-times by author and poet E Lloyd Kelly in this book called poetic just ice, cold. Let’s show them the ropes, not only do we read, but Jamaican writers write great stories and poems too. Don’t miss out on this great read. A funny Jamaican book of short stories and poems by author E Lloyd Kelly. Montreal's Jamaican-born author and poet, E Lloyd Kelly, drops this hard-hitting book of poetry and short stories called, "Poetic Just-Ice, Cold. If you like Khalil Gibran and Tom Bissell, then you'll like this book. Very topical poems about social issues. A dark, twisted, and funny comedy novel, mostly true and personal stories. Hilarious! Yet it's thought-provoking.
Read more
Other Formats: Hardcover , Paperback 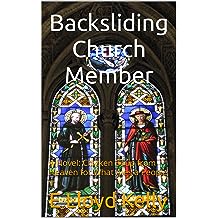 Backsliding Church Member: A Novel: Chicken Soup from Heaven for What Ails a People May 10, 2020
by E Lloyd Kelly
$2.99
Backsliding Church Member is the uncensored, creative nonfictional story of one man who was to get himself kicked out of the Black Christian church, and for what? Yes, that. These are the stories about the faith, religious beliefs, and fiercely guarded secrets of some boat peoples, stowaways, and other wind-rush generations types of peoples, beliefs about the gods that they carried with them, or those that they were to have picked up along the way, and how those things, those gods even, how those and other such things had served them or did disservices to them in the new worlds wherever they happened to settle throughout the years. Learn all of the truth, the facts, half-truths, and other convincing, (or not so convincing) arguments. Based on Real-life stories. Born out of the experience, observations, and participation, reluctant though these participants might have been. The old man had been sitting there and watching, listening, hearing, and seeing, and now. It’s his time to speak, come. Hear him. Hear what the old man has to say about it. Truth or Dare? Go figure. No, don’t go. Come along with us, and you may begin to figure, in this: The uncensored stories of some acutely over-churched peoples. Note: Where the context so requires, the feminine includes the masculine and the singular includes the plural. Additionally, because this is directed towards addressing an issue that is particular to a certain type of people, tiny snippets of words and phrases tend to slip in here and there more or less like seasoning for the pot, and which may be specific to this group. However, nine times out of ten, it’s just there for emphasis, if one should lift those out, it would not affect the story any, since the proper phrases would have already been there. Here now is the story.
Read more
Other Formats: Hardcover , Paperback 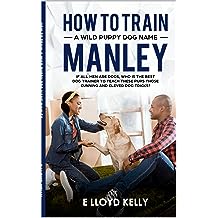 How to train A wild puppy dog named Manley: A Novel: If all men are dogs, who is the best🐕 trainer to teach these puppies those cunning and clever dog tricks? May 7, 2018
by E Lloyd Kelly
$2.99
When East meets West. How to train a wild puppy dog named Manley is a West Indian romance novel. It's a "coming of age" love story Jamaican Yardie-style. It’s a tale about a girl named Libby, and a Jamaican boy named Manley, a yardie now living abroad.
Libby Dahoust is a spectacularly beautiful girl of East Indian origin and a med student at McGill University.
And Manley! Manley Jaxtan Woodhardt is an overexposed, oversexed Jamaican-born divorcee on the rebound. Their background dictates that they should take diametrically opposite paths to life in general, and to love in particular. However, when both their paths were to have crossed, while on route to higher learning. Sparks began to fly. Hearts got tangled up in the mix and a rocky road seemed the only way forward. Will they manage to make it out, in one piece? Only time will tell. Not all men are dogs, some are jack-as-is and monkeys too. How to train a wild puppy dog named Manley, is a work of fiction. A coming-of-age love story, hardcore romance novel, Jamaican style
Read more
Other Formats: Paperback 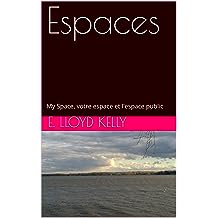 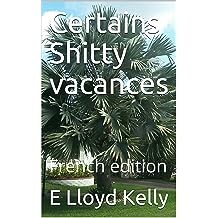 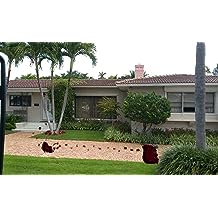 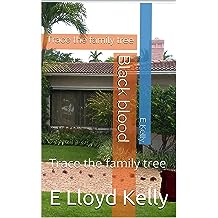 Black Blood: Trace the Family Tree Dec 2, 2017
by E Lloyd Kelly
$2.99
Black blood is a futuristic Jamaican story, depicting the life and times of a fictitious Jamaican police commissioner – Commissioner Watkins, by name. His many encounters with the count – count Lasco: a trans-continental drug lord and wanna-be narcotics kingpin. The world was on a comeback trail after "the conflict" had passed, and the countries and peoples that were affected by it, were starting to reinvent themselves. While many Nation’s Stars were still falling in the aftermath of the conflict, others were rising at meteoric speeds. One such fast-rising country at the time was the tiny island of Jamaica in the Caribbean region.
There are lots of what you want to see, hear, and feel in this book. We spared none of the gory details, lots of blood, thrills, spills, dark humor, and anecdotes. So, grab some comfort food, pull your feet up, get comfortable and let's go back to the future, again. #backtothefutureagain #alternativehistory 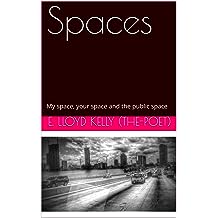 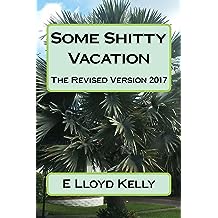 Some Shitty Vacation: Revised Version Jan 21, 2017
by E Lloyd Kelly
( 1 )
$2.99
Lancelot Turner is a hitman from the narcotics underworld who was on his well-earned vacation when he inadvertently ran into a fugitive from mob justice and everything changed. The road took him from Norfolk VA. to Montreal Quebec and back, with loads of actions in between. Some people just can’t seem to get a break, can they?

Lance did not bother to check in at the hotel he had booked for the week in Montreal, instead, he just spent the night driving around and sitting in the vehicle while trying to see if he could get another hit on his tracking device.
"Some shitty vacation," he cursed under his breath.
His planned playtime had suddenly become work time, which he didn't sign up for at the start, not fair at all, he lamented.
Anastasia has been laying low ever since she hit the road, in a bid to escape her once-ever loving boyfriend. But now...
Read more
Other Formats: Paperback 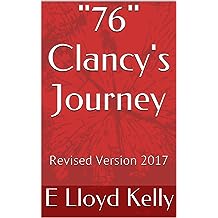 "76" Clancy's Journey: Revised Version 2020 Jan 18, 2017
by E Lloyd Kelly
( 1 )
$2.99
Set in the early eighties, in small-town Jamaica, 76, Clancy’s journey, tells the story of a gifted Jamaican schoolboy who was well on his way through high school and heading straight on to university. Young Clancy was fast becoming one of the country’s topmost schoolboy football players, but then, his idol Bob Marley died, and Clancy’s life took a drastic turn. Excerpt. Mr. O’Connor’s Range Rover had just pulled up into the driveway. “Waah gwaan sah?” Said Mr. O’Connor (which means, What’s going on? In the queen’s most noble language.) As he hopped out of the vehicle, he was to have asked again. “What have you been up to of late?” “Dad!” Clancy replied as he met his father on the step just outside the doorway. “I haven’t seen you in a long time,” he would have said further. As they shook hands and then shoulder-bumped. Slapping each other on the back in the usual O’Conner father-son manner. “So, you just quit school, picked yourself up, and leave overnight, why?” “Long story – dad, but it’s all good, moving on to bigger things.” “Bigger things?” Mr. O’Connor shot back at him… “What bigger things are there than getting a good education? Which was what you gave up to go chasing after… God knows what.” “I’m following my dreams – dad, and it’s actually working just fine. Can we go inside?” Mr. O’Connor shook his head. “Kids nowadays,” he said over his shoulder as he walked through the living room. Holding onto his briefcase loosely. The handle hangs across the lower joints of his fingers. But the thumb, proud and rebellious. Hang aloft refusing to even so much as touch the leathery contraption. “…You all seem to think that you know everything.”
Read more
Other Formats: Paperback