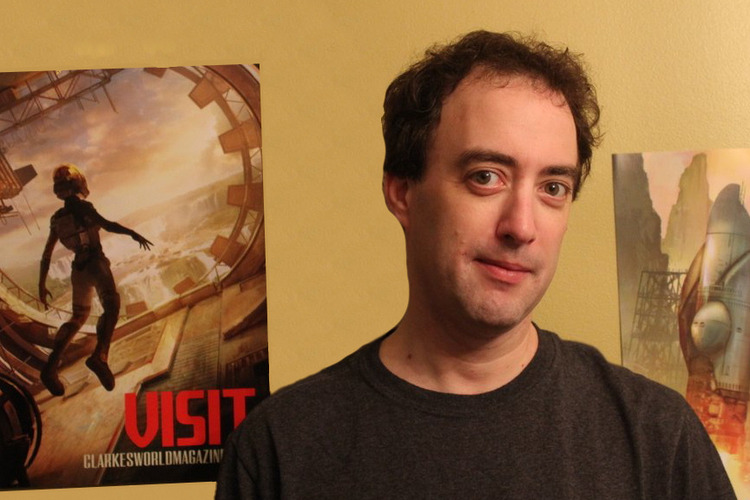 Praise for The Eagle Has Landed

“This solid and well-rounded anthology is highly recommended.”—Booklist, starred review

“An eclectic selection of the past 50 years in lunar science fiction, written by a who’s who of speculative fiction writers . . . will appeal to fans of futuristic science fiction and historic space race aficionados.” —Publishers Weekly

“Readers should savor the stories a few at a time to get the most out of Clarke’s superior selections . . . but there are no inferior pieces here. This is a fine, thoughtful book.”
—Publishers Weekly, starred review for Not One of Us

“Twenty one fascinating tales from some of science fiction’s new stars. The reprint collection is multicultural and diverse, with tales of all kinds and from some unusual places. . . . Many standouts in this one and likely something here for all sorts of different kinds of folks.”
—Manhattan Book Review, 4.5/5 Stars for The Final Frontier

“This hefty anthology of imperial SF covers great space battles, small dramas within an empire, hopeless bureaucracy, and even living space stations, zooming in and out to capture every nuance . . . The diverse array of stories ensures that there’s plenty of interest for any fan of large-scale SF.”
—Publishers Weekly on Galactic Empires

“Masterful editor Neil Clarke has assembled an exotic, bountiful treasure chest of reprint tales dedicated to that mode of SF that can arguably be said to constitute the very core of the field, the space opera.”
—Asimov’s on Galactic Empires

“Clarke has assembled a wide range of authors – from old masters like Robert Silverberg to more recent talents such as Aliette De Bodard – each offering a different take on the central premise. . . There isn’t a bad piece amongst them . . . the Galaxy really is there for the taking.”
—Starburst on Galactic Empires, reviewed by Alister Davison

“As editor Clarke points out in his introduction, when most people hear the term galactic empire, they immediately picture Darth Vader and Star Wars. But there is a long history of star-faring empires in the genre, with stories that imagine our human tendencies to explore and conquer among the stars. . . . The stories gathered here, all of which have appeared elsewhere, show the huge range of possibilities of the chosen theme.”
—Library Journal on Galactic Empires

“The first must-read anthology of the year, no question, is Neil Clarke’s Galactic Empires, an ambitious (read: huge) collection of SF tales featuring far-flung confederations in the stars. The TOC is a who’s-who of virtually everyone doing important work at short length in science fiction.”
—John O’Neil, Black Gate on Galactic Empires

“Brings together some of the best voices writing in the genre today. . . . a stunning collection of short fiction.”
—WorldsInInk on Galactic Empires

Neil Clarke is the editor of Clarkesworld and Forever Magazine and owner of Wyrm Publishing, and a six-time Hugo Award Nominee for Best Editor (short form). He currently lives in New Jersey with his wife and two children.
Start reading The Eagle Has Landed: 50 Years of Lunar Science Fiction on your Kindle in under a minute.

Amazon Customer
5.0 out of 5 stars fascinating
Reviewed in the United States on August 4, 2019
Verified Purchase
Excellent stories by the best of all the SF writers. I have the Kindle edition . Worth every penny
Read more
2 people found this helpful
Helpful
Comment Report abuse

Dave Wilde
5.0 out of 5 stars To the Moon and Back
Reviewed in the United States on August 14, 2019
Neil Clarke is one of the great curators of science fiction stories, collecting diverse tales in themed anthologies. Here, celebrating the fiftieth anniversary of the first steps on the moon 🌝, we get an amazing retrospective of moon-based science fiction in the past fifty years since the moon ceased being a complete uncharted mystery. At the time that Armstrong took that giant step, you would’ve thought it would’ve been followed by scores of manned missions, a station on the moon, and eventually colonies. And from there, who knows. But, there’s been a pullback of dreaming and the vast colonies of lunar inhabitants never materialized.

This is a terrific collection, and it is an immense collection that will defy any attempt to read it in one sitting. In keeping with the vast lunar emptiness, many of the tales have a starkness about them, an emptiness if you will. They envision our setting up lunar house, but postulate that the end result may not be what we expected. In some cases, the moon is a lonely place. In others, the people who make their homes there change in ways that make them barely cousins of their ancient earthly forebears.

From the talking nuclear ☢️ bomb 💣 in John Varley’s Bagatelle to the isolated roadways to Geoffrey Landis’ Walk In the Sun, there are great characters presented and even stranger landscapes. Sunday Night Yams at Earl and Minnie’s is a must-read that you oughta open this volume just to glimpse. Filled with wonder and nostalgia, it makes your head spin if you try to reason it all out. Kessel’s Stories Fir Men is unforgettable too. And, there are simply too many to mention and too many to remember them all.

Some see the moon as a mining colony or as a competitor to earth or as the last refuge after earth is pretty much destroyed. Some are it as a new beginning or a place to retire to. Despite regular shuttles back and forth, the moon’s isolation and mystery often remain.

Bartok Kinski
4.0 out of 5 stars eagle has landed
Reviewed in the United States on July 21, 2019
I just picked this one up.
Read more
One person found this helpful
Helpful
Comment Report abuse
See all reviews from the United States