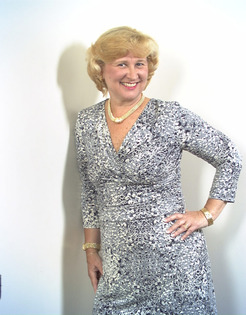 John, American pilot during the Second World War, and Esther, survivor of the holocaust, meet at a volatile time in history, and their love supports and carries them through difficult times beyond their control. But this is not just a love story. It is a look into a time in history that few people understand. The Second World War was officially over but the Cold War was in its infancy, during which time, the Soviet Army blockaded West Berlin, an attempt to force communism on over two million people. Esther refused John's offer to escape the difficulties of this time and insisted on making the one decision that she could make on her own. Up until that time, everything that had happened to her was out of her control. She stayed in Berlin to help the cause, while John flew for the Airlift, transporting vital supplies that would save the lives of many in West Berlin.

Author, Kati Fabian's life had been affected by the Cold War years and her interest in finding the truth about a little talked about subject led her to write Eagles Over Berlin. She has filled the pages of this well written novel with facts that few would know, but softens the pain and fear with a love story that transcends the horror. This is a story of love, devastation, optimism and grief. But in many ways, it is an education. This reviewer better understands the workings of the Cold War and highly recommends Eagles Over Berlin to all those interested in learning more about this period of history. We must again make a stand against terrorism and it is heartening to be reminded that with perseverance, teamwork and love, there will be success.

What a wonderful book! I was born in Germany just after the war. Growing up in postwar Germany, I remember the debris and rubble, which was my playground at the time. Your book describes the circumstances of life in those days very accurately and your story is fascinating. Once I started reading, I could not stop until the end of the book. I admire your work for its excellent attention to detail including the description of the last days of communism in Eastern Europe, and how it ended.

As an American participant in the postwar years of Germany, including the period of the Blockade, I was drawn strongly to the description and experiences of the characters in your book. The book brought back many memories to me of the traumatic times and places described so vividly and yet clearly therein. I could not put it down from the moment I started reading until the very end. Thank you for your memorable story.

Sixty years have passed since the end of World War II. A new generation has grown up and the sufferings of the war and its aftermath are only the subjects of action movies. Nevertheless, the world as we know it today was born in those days, in the middle of controversy.

In 1945, Europe was in ruins. Hunger, misery, and economic disaster ravaged the continent. Based on human desperation, Communism progressed. Tyranny and dictatorship changed color from Nazi black to Soviet red. When in June 1948, the Soviet Army blocked West Berlin, they were certain the allied powers would abandon the city, opening the road for the Soviet Union to exploit Germany and all of Europe. In face of the allies' tenacity and determination, the Soviets lifted the blockade in May 1949. In the heart of the Soviet sphere, an island of democracy and freedom, West Berlin, remained unvanquished. It remained bright and appealing until the day when the fundamental principle of mankind could spread out to an entire region. In November 1989, the Berlin Wall came down and the Communist dictatorship collapsed. Without the heroism of American and British pilots and airmen, without the determination of two and half million Berliners forty years earlier, that day would never have come about.

Life took the author from Hungary through France to the USA, allowing her to have an overview of the events shaping the world of today. Growing up in the communist era, she learned to cherish democracy and freedom. In the shadows of communism, the Airlift was only a subject that was whispered. The mystery around the fantastic enterprise made the Airlift and the hidden events of the Cold War even more appealing in her eyes. Passionate and enthusiastic, she turned her attention toward the Cold War era that affected her life. Through this work, she wants to revive and remember this period of history.

Read more
Start reading Eagles Over Berlin on your Kindle in under a minute.