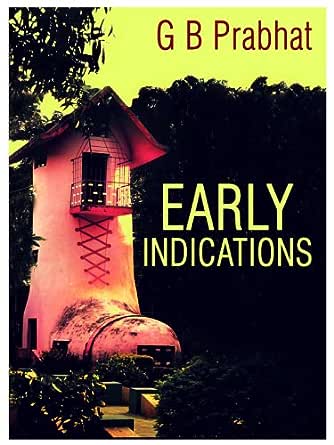 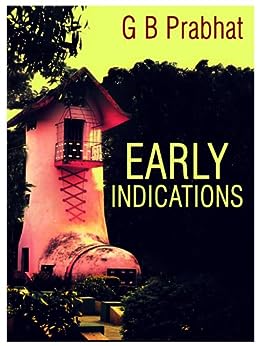 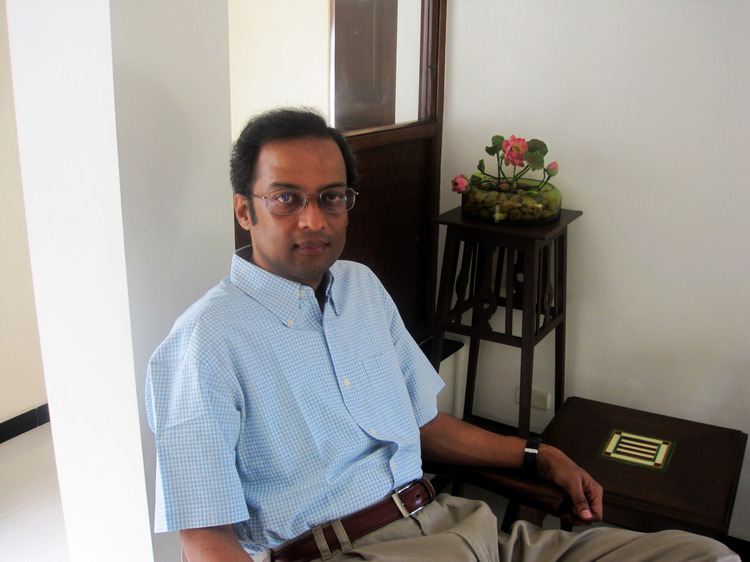 4.4 out of 5 stars
4.4 out of 5
12 customer ratings
How does Amazon calculate star ratings?
Amazon calculates a product’s star ratings based on a machine learned model instead of a raw data average. The model takes into account factors including the age of a rating, whether the ratings are from verified purchasers, and factors that establish reviewer trustworthiness.
Top Reviews

MaryM
5.0 out of 5 stars Growing up
Reviewed in the United States on June 14, 2016
Verified Purchase
How do the events and associations of childhood and youth shape our destinies? This beautifully written novel traces the lives of five children growing up together in modern India. The story is told through the eyes of Shiva, a lucky child with a happy home life, who sees himself as the one true "genius" of the "five geniuses" named by their earliest teacher. He sees himself as a leader who helps and protects all the others, nursing them through their exams so they can succeed--never questioning the probability of his own success. There are "early indications" especially in his interactions with the only female member of the group, that his self perception, and his idea of the dynamics of the group, may not be all that accurate. Nevertheless we travel with him up to the time when he is applying to study in the US, and are as shocked as he is that he doesn't make it, while some of those he tutored, do. This takes us to the edge of the truly big reversal/revelation/crisis that is the climax at the end of the narrative--and the reader is as surprised as the narrator with the truth Rohit, his "best friend"--suddenly reveals.
Read more
Helpful
Comment Report abuse

Spk
4.0 out of 5 stars Swami and Friends with a modern edge
Reviewed in the United States on April 7, 2012
Verified Purchase
This third novel by author G.B. Prabhat is a tale that traces the arc of the early years of five friends. It is a very good novel and maintains the easy readability of the author's previous works. A twitter post on this book would read, 'A modern Swami and Friends laced with Mahesh Bhatt's raw emotional jolt."

In short order we get to learn who the five friends are. The interplay between the five characters is finely drawn. One can imagine there are all sorts of combination of relationships between these five friends. But Shiva is the protagonist, and so the relationships and character descriptions are primarily drawn through his eyes. There is a sixth character - the place - Coimbatore. There is a deluge of books on the world stage from India these days. Most are set in the big metros of Mumbai, Delhi and Calcutta. Even this author's previous novel was set in big South Indian metro of Chennai. This one is set in a smaller city - but the places' vibrance and uniqueness is intriguingly brought out. (Look out for the funny reference to Japanese Cake...!).

A good novel has an arc and a propulsion - by zeroing in on Shiva, Rohit and Sarita - the story finds its centre of gravity. As I was traversing the arc of the plot, I was wondering where the respective destinies of the characters would lead them. The ending is realistic, but with a surprising and provocative meditation on the nature of redemption.

There is a significant level of humor integrated into the writing and the vividness of the incidents that shape the characters life are quite well drawn. The internal conflicts of the characters, I found quite remarkable. Particularly those with innocence lost.

One feature worth noting is the literary references that abound in this book, including chapter titles.

Stepping back, the story leaves the characters at the half-time of their lives. The die has been cast. I thought of the 'Rabbit' series by John Updike in this regard. Updike captures the quintessential suburbanite American life - in that series you see the first act, the second act and the final act of Harry 'Rabbit' Angstrom, who by sheer coincidence is a basketball player much like one of the central characters in this book (Rohit).

Whether or not the author takes up the baton like Updike in sketching out a longer arc of these characters' lives, the reader is free to imagine that perhaps Early Indications can and do lead to Later Indications!
Read more
One person found this helpful
Helpful
Comment Report abuse

Mindimoo
4.0 out of 5 stars Very well written
Reviewed in the United States on July 21, 2015
Verified Purchase
A very well written book. I enjoyed reading it. The characters were true to life and I loved the descriptions of everyday life in southern India. It felt very much like I was reading an autobiography. I would have given it five stars excpet that it got a little tedious in the middle with all the mechanical engineering stuff. However, I will no doubt read other books by this author.
Read more
Helpful
Comment Report abuse

Ravi Chander
5.0 out of 5 stars Early Indications
Reviewed in the United States on March 23, 2012
Verified Purchase
This is a book about five friends growing up in a small town in India- their travails and triumphs, their tears and joy. Reading this was an extra ordinary journey for me- was able to identify myself with each of the characters as if I have known them all my life. It is hilarious and at the same time poignant and thought provoking. The writing is fast paced and lucid, the details so very real and so very powerful to trigger an introspection and change the perspective in life.
Though not a murder and suspense novel, it has the same effect of being a page turner, and I just could not put it down.
If you like R K Narayan's works or even Chetan Bhagat's, you will thoroughly enjoy `Early Indications'. This book certainly is an early indication of great works we can expect from the author!
Read more
Helpful
Comment Report abuse

C. M. Barrett
5.0 out of 5 stars Wonderful
Reviewed in the United States on November 29, 2014
Verified Purchase
My brother-in-law is South Indian, and I always enjoy reading about this part of the country. This is a very personal story that has painful and enlightening moments, beautifully expressed.
Read more
Helpful
Comment Report abuse

Mohan
4.0 out of 5 stars Prabhat's Early Indications on Amazon Kindle!
Reviewed in the United States on March 28, 2012
Verified Purchase
Prabhat's latest novel 'Early Indications' is lively and entertaining as it describes the games 5 friends play, growing up in Coimbatore. The author has a natural gift in telling stories and is getting better with each book. Aiyar, the hero of the book seems one extraordinary kid....

Always amazed at the speed and ease with which one can download a book on the Kindle. I dont read a book, start to finish...instead choose to linger and live with them for a while to appreciate and enjoy. The kindle makes this practical as its easy to carry many of them in one handy device.
Read more
One person found this helpful
Helpful
Comment Report abuse
See all reviews from the United States