You've subscribed to Halcyon Romance Series! We will preorder your items within 24 hours of when they become available. When new books are released, we'll charge your default payment method for the lowest price available during the pre-order period.
Update your device or payment method, cancel individual pre-orders or your subscription at
Your Memberships & Subscriptions
There was an error. We were unable to process your subscription due to an error. Please refresh and try again. 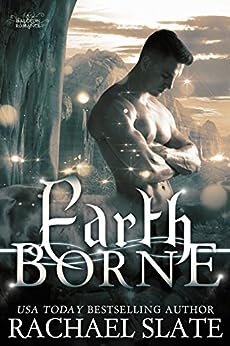 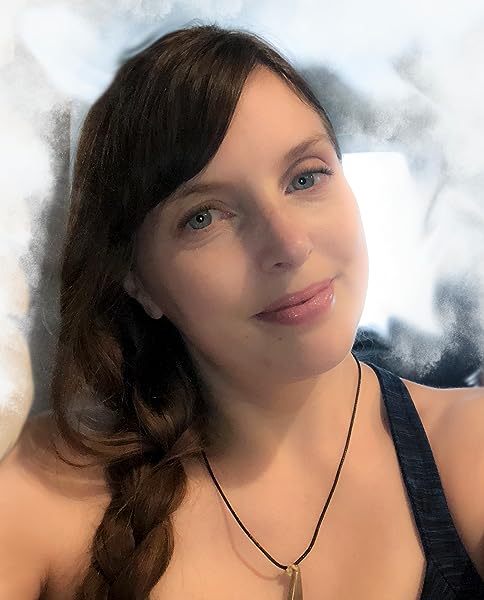 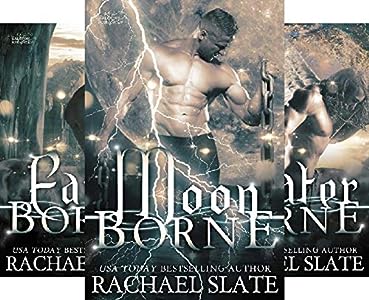 "Centaurs and Nymphs are an explosive combination!!!!" Nikki Brooks

"...if you're looking for a solid, steamy romance, and you enjoy stories featuring Greek gods and the humans who might pledge their loyalties to them but will never be their pawns, give Earth Borne a read." Liana Smith Bautista | Will Read for Feels

"...if you love romances that sweep you off your feet and into one magical and precious world that you never want to leave- then THIS is THE story for you!" Cherri-Anne Boitson, top reviewer

Other books by Rachael Slate:

USA Today bestselling author Rachael Slate writes sizzling shifter stories where alpha heroes battle the beasts within themselves and sassy heroines would rather leave them wild than tame them. Whether dragons or centaurs, it's always scorching hot romance.

When not writing, Rachael can be found in nature, soaking up inspiration, or baking far too many sweet treats in the kitchen. She's obsessed with mythology, travel, and exploring other cultures, including her husband's Chinese-Malaysian heritage, which inspired her Chinese Zodiac Romance series.

Rachael Slate resides on the West Coast of Canada in her own little blended world, with her husband, two children, cat, and dog. Her kids have asked for a horse, but that's still up for debate.

Rachael would love to hear from you! Find her on social media here:

3.6 out of 5 stars
3.6 out of 5
45 global ratings
How are ratings calculated?
To calculate the overall star rating and percentage breakdown by star, we don’t use a simple average. Instead, our system considers things like how recent a review is and if the reviewer bought the item on Amazon. It also analyzes reviews to verify trustworthiness.
Top reviews

Liana Smith Bautista | Will Read for Feels
5.0 out of 5 stars Steamy mythic fantasy love stories--no one does them like Rachael Slate!
Reviewed in the United States on March 22, 2016
Verified Purchase
*** I received this book for free from the author in exchange for an honest review. This does not affect my opinion of the book or the content of my review, which was originally published on my book blog, Will Read for Feels.

Rachael Slate does it again! Her debut novel, Trancing the Tiger, debuted last year and turned me into an instant fan, and she’s since knocked out a few other books, all of which I devoured. She launched her second series, the Halcyon historical fantasy romance novels, late last year with Moon Borne, and I found myself loving it just as much as (and possibly even more than) her Chinese Zodiac romance series. And her second Halcyon novel, Earth Borne, just helps to underscore this.

It’s kind of a second-chance romance, kind of a forbidden love story, and all kinds of hot and sweet and steamy all at once. I quite enjoyed the characters, even though they were a big change of pace from the ones in Moon Borne.

Melita is a woman pretending to be someone she’s not, and this is a pretense that may carry a death sentence along with it. She’s had a hard upbringing, and her years as an adult haven’t exactly been filled with giggles and rainbows, either, but she remains kind, caring, and honorable, with that warm kind of quality that draws people to her. She knows she is living a lie, but she remains true to herself despite it, and even when it’s part of her heritage and genetic makeup as a half-nymph that has her seemingly destined to be a victim, she chooses love, with courage, over and over again.

Thereus, on the other hand, was a character I got to know in Moon Borne, but his part in that novel is not so vital to this one that it can’t be read as a standalone. He’s a centaur, but before your brain goes there, I’ll point out that in this mythology, centaurs have a human form, which is the form in which they take lovers. Still, he’s as strong, stubborn, and virile as you’d expect a centaur to be, especially one whose father is a king of their people.

He grew up with his fair share of stallion wildness but also an idea of the kind of person he would be, the kind of relationship that would be ideal in life, so when that is shattered, he takes the opportunity to leave his responsibility behind and become a pirate (or, as spelled in this book, a pyrate, and he becomes second to Moon Borne‘s Arsenius). Upon his return five years later, he finds that things are not quite what they were, and his abandonment of his responsibilities have left the burden on Melita’s shoulders, even though he never intended it to. He owns up to his failures, though, and finds his honor; eventually he even makes hard decisions that could cost lives, for the sake of love and what he believes is right.

Melita and Thereus’ story has that mythical quality to it, which I loved, but what intrigued me was the way Slate kept me on my toes while reading. Every time I thought things were wrapped up in a nice little bow, something else would happen, and each obstacle only made the characters fight harder and harder for their happy ending, so that in the end, even though there was a bit of bitter with the sweet, I was definitely a happy camper as far as HEA addiction goes!

However, before you go thinking this is a sweet mythical fantasy love story (even though it is), I should mention that Earth Borne has got some scorching hot scenes for the eyes of mature readers only. I’ve always loved the way Slate turns up the heat between the pages of her books, and this novel is no exception.

So if you’re looking for a solid, steamy romance, and you enjoy stories featuring Greek gods and the humans who might pledge their loyalties to them but will never be their pawns, give Earth Borne a read.
Read more
2 people found this helpful
Helpful
Report abuse

Karie D
5.0 out of 5 stars Couldn't put this book down
Reviewed in the United States on March 6, 2016
Verified Purchase
Thereus we first met in Moon Borne, and it was hinted about his life before he joined Arsenius as a pyrate after faking his death. When he returns home, Melita his wife, is right where he left her, tending his lands and village. The question is... why is she still there? This is in a way a second chance love story, and yet different than anything you have read before. A love that is different than it was before, but yet familiar all the same. I love how Ms. Slate has the ability to spin a tale that will evoke all of your emotions while reading, but never wanting the story to end. I honestly couldn't put this book down, I craved each word, sentence and chapter with such need, I was saddend when I was done. The attention to detail of not only the H/h in the book, but the secondary characters as well was amazing. This is a story that will stick with me for quite some time, and one I will definitely reread. If I could give more than 5 stars, I would in a heartbeat as it is worth so many more. I look forward to book three in the Halcyon Romance series. 5/5 Cross posting to My Reading Reality
Read more
Helpful
Report abuse

bigmama315
4.0 out of 5 stars Earth Borne
Reviewed in the United States on December 4, 2016
Verified Purchase
I enjoyed it. But keep in mind it is part 2 of a series.
Read more
Helpful
Report abuse

What I enjoyed most about Earth Borne is watching Thereus go from not wanting to be with a Wife, to being away and now doing what he can to show he wants to be there for his Wife and Son. Trying and wanting to be a better man. To do anything for Melita. The Sacrifices he would make for her, to have her in his life forever! Melita will also sacrifice everything for the people she loves most in the world.

This book is Fantastic, I couldnt put it down as I had to know what was going to happen next and how the story would end. This story had its sad and happy moments, and the OMG what is she doing moments as well, and a Man who loves her that would do anything to make sure she stays with him no matter what it took. This is a family story, mixed with a love story, with mystical creatures and not your everyday story which is always a nice change from the normal. If you like stories like this, then Earth Borne is a must!!

I received an ARC in return for my honest review!
Read more
One person found this helpful
Helpful
Report abuse
See all reviews

Kindle Customer
5.0 out of 5 stars Five Stars
Reviewed in the United Kingdom on March 28, 2016
Verified Purchase
Loved your book can't wait for the next one out
Read more
Report abuse
See all reviews
Back to top
Get to Know Us
Make Money with Us
Amazon Payment Products
Let Us Help You
EnglishChoose a language for shopping. United StatesChoose a country/region for shopping.
© 1996-2021, Amazon.com, Inc. or its affiliates