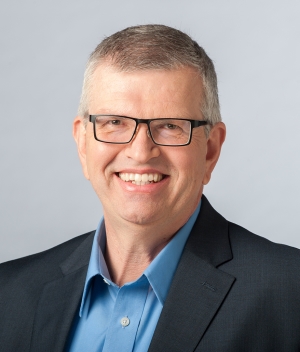 Jerry B. Jenkins, former Vice President for Publishing and currently Writer-at-Large for the Moody Bible Institute of Chicago, is the author of more than 150 books, including the best-selling Left Behind series. Sixteen of his books have reached the New York Times best-seller list (seven in the number one spot) and have also appeared on the USA Today, Publisher's Weekly and Wall Street Journal best-seller lists.

Tim LaHaye is an internationally known author, teacher, and expert on Bible prophecy. He is married to Beverly, who is the founder of the largest women's organization in America, Concerned Women for America. The LaHayes live in southern California.

Amazon Customer
3.0 out of 5 stars One day can change everything
Reviewed in the United States on October 10, 2003
After being witnesses to the Wrath of the Lamb earthquake, the four members of the Young Trib Force are seperated and left to find their way back to Mount Prospect. This book was filled with adventure, and all takes place in one day!
Judd has just been discovered at the hideout at the Stahley mansion, and was being transported to a Detention Facility along with Taylor Graham when the earthquake struck. What will happen after the earthquake-can they escape?
Mrs. Jenness had just caught Vicki with The Underground and was being taken to the GC. While crossing the bridge, the earthquake began and the car tumbled off, Vicki and her principal diving into the icy cold waters of the river. Could Vicki possibly tell Mrs. Jenness about God before it's too late?
Lionel is being held at a GC training facility, where they're teaching them to become Morale Monitors. While doing some training exercises, the earthquake hits, and Lionel is knocked on the head, leaving him with no memory of his past.
Phoneix barks wildly, and Ryan lets him outside, the ground starts to shake and he knows whats coming. But before he can get outside, the floor splits in two and he falls, hitting the cracked concrete floor hard. As the water level rises, Ryan wonders if he can survive God's earthquake.

Kelli
5.0 out of 5 stars Series for adults now rewritten for teens
Reviewed in the United States on December 25, 2004
I have always enjoyed the adult series of Left Behind books. The kids books are just as good. The kids interact with the characters from the adult series, experience the same events, etc. However, since the main characters are teens, these books can appeal to younger readers. So far, the stories haven't had the ups and downs that the adult series has had. The adult series has books that are a lot more boring than others. The kids series seems to be good in every book. These are not for really young kids, but would be appropriate for young teens. I enjoy them and I am an adult.
Read more
Helpful
Comment Report abuse

Amazon Customer
5.0 out of 5 stars One day makes all the difference!
Reviewed in the United States on March 20, 2004
This book is filled with critical moments when many must decide what to do when the wrath of the lamb happens.
Mrs. Jenness has finally caught Vicki, and is taking her to the GC when the earthquake starts. Mrs. Jenness's car plummits into a river, and Vicki has to think fast as to what to do next. Will they make it out alive?
Judd and Taylor Graham are on their way to a reeducation center when the earthquake strikes. Judd and Taylor manage to get to a safe area, but how long will they stay there?
Ryan Daley is at Vicki's house, and when the earthquake starts, he falls to the basement and the water cooler bursts and Ryan cant move. Will someone find him in time?
Lionel Washinton is with Conrad when the earth starts to shake. He gets hit on the head, and forgot his memory. He finds a bible, and notes in his journal. But cannot remember anything from before the earthquake. Will his memory come back?
This book is a great book, and its one of my favorites in the seris. But take caution when you read it. It is a very emotional and sad book. I recemond reading this as well as the rest of the books in the seris.
Read more
3 people found this helpful
Helpful
Comment Report abuse

Steven Cutbirth
5.0 out of 5 stars Youll love this book if you liked the others!!
Reviewed in the United States on January 31, 2001
I am a young tennager in Texas and I thought this book was great it makes you want to be absolutely sure that you are a Christian and that you wont be "Left Behind". I thought that this was one of the better books of the series even though they were all awesome!!! I completelly recommend this to book to you and to ALL of your friends and I also cant wait till I get #13 and #14.
Read more
One person found this helpful
Helpful
Comment Report abuse
See all reviews from the United States

Page 1 of 1 Start overPage 1 of 1
This shopping feature will continue to load items when the Enter key is pressed. In order to navigate out of this carousel please use your heading shortcut key to navigate to the next or previous heading.
Back
Next
Pages with related products. See and discover other items: camp books for kids