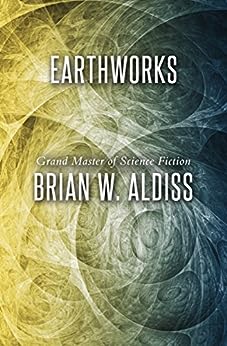 Grilch
4.0 out of 5 stars Quirky and Action-packed
Reviewed in the United States on July 26, 2015
Verified Purchase
A quick, exciting read from a master storyteller. Our hero navigates multiple landscapes and situations on a near-future Earth where humanity is on the brink of collapse. Only the hero is often pathetic and mentally damaged and not all that heroic. Nevertheless, this book is a fun romp filled with action, colorful characters and thought-provoking ideas. The narrative sometimes gets lost in the protagonist’s tendency to suffer from episodes of bizarre hallucinations so the plot’s connective tissue and progression is hard to follow at times. Satisfying ending. Overall, I found it fascinating, bizarre, richly imagined and highly original. They don’t write ‘em like this anymore.
Read more
3 people found this helpful
Helpful
Report abuse

Art Historian, Jr.
5.0 out of 5 stars Quick read
Reviewed in the United States on June 18, 2018
Verified Purchase
Classic 1960s population-zero setting with Hippie-type travelers. Mostly action-based narrative rather than exposition. Kept me up all night because I wanted to finish it.
Read more
Helpful
Report abuse

KSB1978
4.0 out of 5 stars Good entertaining read
Reviewed in the United States on April 22, 2014
Verified Purchase
It's interesting to look back and read the older writer's perspective on what could be, when literally the world is looking noticeably bleaker than it used to be.
Makes me realise some writers really had some foresight. Hopefully, the world will not head to the direction this book has.

It's a simply written and easy read story set in the future. Very dark and humorous.
Read more
One person found this helpful
Helpful
Report abuse

Modern Art pen
5.0 out of 5 stars This book preceded the Earthworks art movement
Reviewed in the United States on April 23, 2013
Verified Purchase
Robert Smithson, a fan of Science-fiction, bought this book at the bus station as he set to revisit his home town, Passaic, NJ. The title was then used to describe the late '60's art movement that saw artists contour and reshape soil into sculpture, often leaving the behind an earthen formation that offers insight into earth's past and future.
Read more
One person found this helpful
Helpful
Report abuse

Mithridates VI of Pontus
3.0 out of 5 stars Aldiss' work has great ideas but poor delivery
Reviewed in the United States on May 2, 2011
Brian Aldiss' Earthworks (1965) takes place in a future Earth wrecked by the effects of overpopulation and the resulting environmental repercussions of intensive, expansive, and destructive over-farming. In this disturbed world of increasing automation and devaluation of human life, robots are worth more than people and the hungry diseased hordes of mankind have reverted to animism.

The Farmer rules from his barrack-like cities the Landsmen who till his toxin stricken fields as punishment for minor infractions. The land itself is poisonous -- so is the air, the water, and most food... Virtually all land is intensively farmed (sand is brought from Africa and infused with nutrients to construct new plots), most animal species are exterminated, and food itself must undergo chemical treatment to remove toxins and carcinogens...

Aldiss' dark vision of collapsing society and withering earth is poignant and brutal. Scenes often verge on visceral -- a disease which causes its victims to lurch about and shed skin like dying leaves, farmers wandering the land in protection suits, the Gas Room...

Sadly, Earthworks suffers from a virulent strain of inane plot and ultimately, a very unsavory message -- the endorsement of world war.

Plot Summary (Some spoilers -- although the back cover spoils as well!)

The "plot" unfolds (lurches?) in a rather muddled fashion -- obviously Aldiss is attempting to be literary. Or perhaps, it's an attempt to distract us from the banality of the plot. One gets the frustrating feeling that Aldiss fell in love with a world but couldn't figure out how to populate his world with viable characters, events, people!

Our protagonist, Knowle Nolan, is the captain of a largely automated transport ship carting African sands to Englad. Africa is technologically more advanced than Europe which is plagued with abject poverty and the absence of intellectual thought (most people can't read or write). Nolan narrates his tale (resurrecting the art of writing) in a series of flashbacks. Nolan himself is plagued with hallucinations due to a childhood disease -- and these lengthy visions take of a substantial chunk of the work.

Nolan, an orphan from England, was sent to the farms as punishment for a minor infraction. There he encounters the Travelers (a group of people who wander around with little purpose but to exercise freedom in the face of repression/automation/organization). In the heat of the moment (when they're captured by government forced), he betrays the leader of the group. As a reward he received his captain commission from the Farmer himself.

A dead man floats to Nolan's transport vessel with an assortment of love letters... Soon the vessel runs aground Africa's skeleton coast and they become embroiled in the politics of the region (with world ramifications).

I really wanted to like this work. However the world war for the sake of humanity advocating conclusion was genuinely bothersome, the lurching delivery distracting and poorly executed, and the frustratingly banal plot barely propped up the well-realized world .

That said Aldiss' social extrapolations from the effects of overpopulation are intriguing. For example, when the majority of the world is preoccupied by the constant pangs of hunger the finer points of human existence are snuffed out -- art, culture, writing, religion, etc -- the age of animism in the cities... Likewise, the work is early attempt at the genre of ecological disaster -- the effects of fertilizer runoff, chemical attempts to combat plant disease, polluted water sources, etc.

I tentatively suggest Earthworks for its ideas and richly detailed world (and the stunning covers!). An intriguing but highly flawed work with a dubious final message...
Read more
5 people found this helpful
Helpful
Report abuse

Dr. Christopher Coleman
5.0 out of 5 stars Fascinating Novella Set In A Grim Future
Reviewed in the United States on December 19, 2001
The 1960's were a time of utopian hopes, celebrating peace, free love and the brotherhood of all; but also of a deep unease, even a nihilistic fear in the Western World. Surely the Vietnam War, the amoral Nixon Administration and the constant threat of nuclear annihilation fed those fears; conservatives feared the destruction of values and society they had worked hard to attain while their opposite numbers feared their continuation. The developed world's squandering of resources began to be understood by all; no longer did a belching smokestack indicate progress as much as environmental disaster.
At this time, science fiction gave us some of the grimmest writing yet. John Brunner's Stand on Zanzibar, Kurt Vonnegut's Slaughterhouse Five, and Anthony Burgess's A Clockwork Orange are all outstanding examples of the fear and hopelessness authors of the time understood coursed close under the skin of the optimistic face of society. Brian Aldiss's Earthworks is equally representative of this tone. Although nowhere nearly as well known as my other examples, Aldiss's vision may actually be bleaker. It is set in a future which follows all too recognizably from our own--pollution has taken its toll and disease and hunger are so rampant that they have become the identifying characteristic of the time. Although Earthworks is quite short, at only 126 pages, it is a richly detailed and fully convincing portrait; disease and illness make the storytelling hallucinatory at times, leaving the narrator and reader questioning the very nature of reality. Fans of Philip K. Dick will be enthralled by this quality. Aldiss is a superb writer at his very best here. It is a real pity that Earthworks is out of print, but I would definitely recommend it for any science fiction fan search out a used copy.
Read more
6 people found this helpful
Helpful
Report abuse
See all reviews

Simpossible
5.0 out of 5 stars Good read.
Reviewed in the United Kingdom on December 14, 2015
Verified Purchase
Brief and to the point! Good read.
Read more
Report abuse
See all reviews