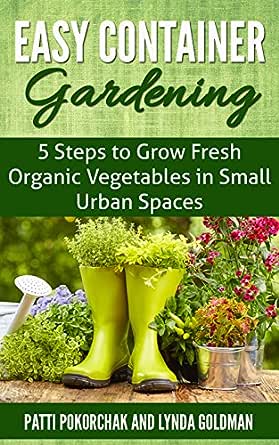 You've subscribed to Easy gardening essentials! We will preorder your items within 24 hours of when they become available. When new books are released, we'll charge your default payment method for the lowest price available during the pre-order period.
Update your device or payment method, cancel individual pre-orders or your subscription at
Your Memberships & Subscriptions
There was an error. We were unable to process your subscription due to an error. Please refresh and try again. 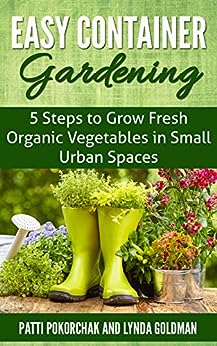 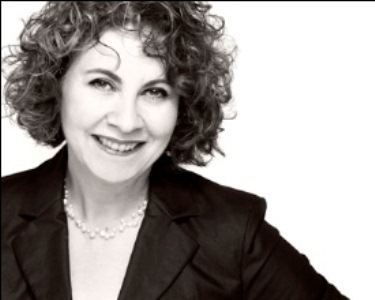 An Amazon Book with Buzz: "The Four Winds" by Kristin Hannah
"A timely novel highlighting the worth and delicate nature of Nature itself." -Delia Owens Learn more
click to open popover
Books In This Series (1 Books)
Complete Series 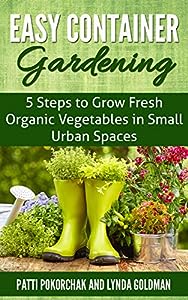 4.3 out of 5 stars
4.3 out of 5
587 global ratings
How are ratings calculated?
To calculate the overall star rating and percentage breakdown by star, we don’t use a simple average. Instead, our system considers things like how recent a review is and if the reviewer bought the item on Amazon. It also analyzes reviews to verify trustworthiness.
Top reviews

ANP
1.0 out of 5 stars Blatant anti-science propaganda from natural products industry
Reviewed in the United States on April 14, 2020
Verified Purchase
As someone with an environmental science degree, who has taken many classes in soil science, basic ecology, forest ecology, etc. I had hope for this book. After all, there are some downsides to non-organic foods. To be fair, some pesticides are potentially carcinogenic. And widespread monocultures are an issue. But the authors actually claim, with no evidence, that organics are more nutritious because the soil has more nutrients in it. That's just not true; you can have high-quality nutrient rich soil whether or not you use pesticides. It doesn't damage/reduce nitrogen or phosphorous (or other nutrients) in the soil. That would be so unproductive. And they refer to pesticides as 'poison' which is just laughable. They also claim non-GMO foods taste better. Yeah, f***ing prove it then. Give me actual peer-reviewed double blind studies confirming that. Otherwise, you have no right to claim that. I would call them fearmongering idiots but if you look at their bios, one of them is paid by the natural product industry and the other built up her career and business on this type of crap and they both benefit from peddling it to people that don't know enough to question it. Which is a shame because with Climate Change and an increase in natural disasters likely at some point down the line, we may have to make the choice between GMOS & pesticides, which both increase production, and letting people starve to death.
Read more
19 people found this helpful
Helpful
Report abuse

Topher S
2.0 out of 5 stars Ruined by misinformation about organic and GM foods.
Reviewed in the United States on January 19, 2019
Verified Purchase
As I live in an urban environment and rent, I was looking forward to reading this book. My enthusiasm was immediately squashed. First thing, the author launches into uninformed, scientifically Inaccurate railing against non-organic and GMO foods. Her slanderous comments about GM foods were particularly frustrating and, frankly it made me angry. I'm not in that field nor do I have a vested interest in GM foods other than wanting people to be fed and hating it when people are misinformed. I've put effort into educating myself about the real evidence and studies for and against organic and GMO,not simply reading things that fit my preconceived notions. The author obviously hasn't done that.

All this is unfortunate as the basic growing information doesn't seem to be bad. I wish I could recommend it on the technical aspects alone, but given the emphasis placed on communicating misinformation I can't. There's already to much of that out there.

SomeGeekyGirlTop Contributor: Baking
3.0 out of 5 stars A Bit Preachy But Very Knowledgeable...
Reviewed in the United States on May 4, 2017
Verified Purchase
When I saw all the positive reviews on this book, I really had high expectations for it. And there is some good information present, especially for beginners. But to get to it, you have to go through huge segments that are somewhat preachy about the benefits of organic food and how terrible GMOs are. I personally try to avoid using herbicides/pesticides in my garden, so it's not that I disagree with doing things a more natural way. I just found the multiple links to different anti-GMO articles and forums a bit jarring in the middle of the book.

Aside from that, this book does have a great wealth of knowledge about how to garden in containers, right down to the pros and cons of picking different materials for your pots. I also enjoyed the section that explained the different types of "full sun." Watering, wind control, transplanting, and so forth are all covered as well as which vegetables would be best to plant. Definitely an informative read for beginning and intermediate gardeners alike. I'd give it a solid 3.5 out of 5.
Read more
14 people found this helpful
Helpful
Report abuse

ML
3.0 out of 5 stars Free book with basic information
Reviewed in the United States on June 10, 2018
Verified Purchase
Ok for free. The info is very basic and would help a beginner and a first book, but further research would be required to be successful. Very preachy about organic superiority, gmo being terrible, etc. I think people should be encouraged to garden in any way they are able. The health benefits of gardening outweigh the alleged risks associated with a little synthetic fertilizer in my opinion.
Read more
8 people found this helpful
Helpful
Report abuse

Emily
4.0 out of 5 stars I Highly Recommend it to Everyone
Reviewed in the United States on June 29, 2020
Verified Purchase
What are the benefits of organic food and organic gardening? Perhaps that is the question that you should ask yourself before you even start reading this great book. Well, most of us usually ignore organic foods because they prefer ready made foods forgetting that some of them have been preserved with chemicals that may be harmful to the body system. I just came across this book on a free download and decided to have a copy of it because I love farming a lot and to be honest the book really delivers what it has been designed for. The book basically provides you with easy steps that will help you grow fresh organic vegetables at the comfort of your zone. The author has even used some clear pictures to show you how it works. I just saw that it was good to come here and compliment the book because organic foods are good for our health. It doesn’t cost you anything to grow organic foods. I highly recommend this one to everyone!
Read more
Helpful
Report abuse

Nikisha Winter - Roach
5.0 out of 5 stars Good overview
Reviewed in the United States on May 23, 2017
Verified Purchase
This book is a good and easy read. For people who have never done gardening, or who believe that you need acres of land to grow food, it's wonderful.
I, however, bought it for ideas (such as specific layouts and pictures, how to achieve the looks, etc) and it's not that. There are general ideas, but no specifics. There isn't any in depth discussion on how to do anything in particular. For example, they speak about the importance of compost, but don't give detailed instructions on how to create your own compost pile.
Having said that, I'm still glad I bought it. It's a great book for people who maybe aren't sure if it's as easy as it looks, or want to do their own thing.
Read more
2 people found this helpful
Helpful
Report abuse
See all reviews

Marleymoosmum
4.0 out of 5 stars This will whet your appetite for both the produce and the information
Reviewed in the United Kingdom on September 28, 2018
Verified Purchase
Very interesting and somewhat daunting. The problem is with me, not the book. I'm in the UK and we truly are 2 nations divided by a common language, as someone far brighter than me once said.
A lot of the tips and information is general, regardless of where you live, but the weather here can almost give us all four seasons over a couple of days. We have just had a record breaking Summer, the last one like that was 42 years ago!
I'm hoping to make a container garden, as my health will no longer allow me to mow lawns and cut hedges, I shall re-read this gratefully, and I will try to find some British books for local planting times etc.
I enjoyed the book very much, and I'm sure it will impress you, and as as much as it did me.
Read more
One person found this helpful
Report abuse

noddy
5.0 out of 5 stars Excellent little book! Easy to read.
Reviewed in the United Kingdom on October 27, 2019
Verified Purchase
Excellent little book and easy to read. I don't like genetically modified crops either, there are too many chemicals going into our food and there must be a correlation between increasing allergies. If only all our food could be organic but then we wouldn't be able to eat papayas or bananas in this country! So I'm trying to do my bit for my family and start growing some foods organically.
Read more
One person found this helpful
Report abuse

Joe M
1.0 out of 5 stars It’s a book on politics masquerading as a gardening book.
Reviewed in the United Kingdom on May 8, 2020
Verified Purchase
Don’t bother. I’m a fan of the idea of organic gardening but this book is too focussed on ‘GMOs bad’, ‘fertiliser=poison’ and ‘get Monsanto out of your garden’.

I love the idea of growing organic vegetables but I don’t want my information to come in such a highly politicised way.
Read more
One person found this helpful
Report abuse

Kyle Young
5.0 out of 5 stars Easy & Simple for Beginners
Reviewed in the United Kingdom on May 21, 2020
Verified Purchase
As in this lockdown period, I am starting planting strawberry, tomoto, pepper and other.
Few tomato plant wasn't good and I have no idea... This book found at the right time which provide me some easy understanding knowledge how to take care of my plants.
This book is great for me as beginner but I am sure some other will found it useful too.
Love it!
Read more
Report abuse

Zane
4.0 out of 5 stars Short, fast read
Reviewed in the United Kingdom on May 18, 2019
Verified Purchase
Short, fast read for beginners like me :) planted first seeds, so fingers crossed. And this book made me think about organic again
Read more
One person found this helpful
Report abuse
See all reviews