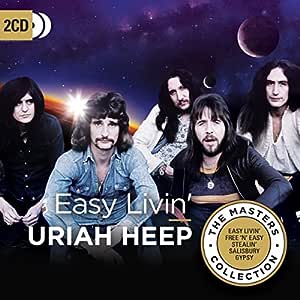 Taking their name from the scheming, parasitic lawyer in Charles Dickens' 1850 novel David Copperfield, Uriah Heep are a progressive rock institution who, alongside bands like Deep Purple, Queen, Black Sabbath, and Led Zeppelin, helped lay the foundation for the hard rock/heavy metal scene." The band maintains a significant following and performs at arena-sized venues in the Balkans, Germany, Japan, the Netherlands, Russia and Scandinavia. They have sold over 40 million albums worldwide with over 4 million sales in the U.S, where its best-known songs include "Easy Livin'", "The Wizard", "Sweet Lorraine", and "Stealin".