Track your books
Bring your club to Amazon Book Clubs, start a new book club and invite your friends to join, or find a club that’s right for you for free.
Explore more
Flip to back Flip to front
Listen Playing... Paused   You're listening to a sample of the Audible audio edition.
Learn more
See all 3 images 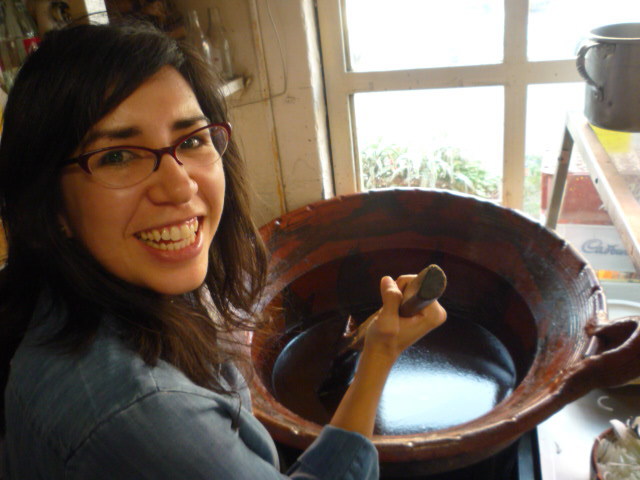 Simply reading through Lesley's evocative EAT MEXICO, I could smell the crisping chicharrón, the pots of herbaceous green mole, the toasty corn masa crisping on the comal. This is a delicious work of tender, first-hand exploration...open any page and you'll be immediately drawn into a world of honest, irresistible flavors. (Rick Bayless)

Wandering through the streets of Mexico City with Lesley is one of the most delicious and exciting things a person could do. EAT MEXICO took me right back to that trip with amazing recipes and stunning photography that captures the incredible culture found on those streets. (Sean Brock)

Here is a book that love inspired, with vibrant recipes that can be easily duplicated in North American kitchens without losing their essence...and travel tips that will make you want to get on the next plane to retrace Lesley's savvy steps and eat Mexico like a native. (Maricel E. Presilla)

Once, every few months, there appears an exceptional book. Often unexpected, this book will be stunning with almost every page offering a dish that you can already taste. Or a dish that you cannot fathom and that pounds on your curiosity. The exceptional book is rare, treasured, and destined to be your companion for years. EAT MEXICO is that exceptional book. If you are a fan of Mexican food, then you will enjoy this book until you have worn it out. For this is one of those books where you stop on every page and ponder: do I make it now or next weekend? But make each dish you ultimately will. (Brian O'Rourke The Huffington Post)

Her new cookbook, Eat Mexico, is very much a portrait of her personal journey through Mexican cuisine, but it's also a comprehensive treatment of the beautiful everyday food of Mexico City. (Max Falkowitz Serious Eats)

One of Yahoo Food's Best Cookbooks for Holiday Giving in 2015: Eat Mexico by Lesley Téllez brings Mexico City's everyday food scene to life with more than 100 recipes from the city's streets, markets, and fondas. Téllez, a blogger and culinary tour guide, was raised in a Mexican-American home, and lived in Mexico City for four years; she writes with both passion and authority. This isn't quick and easy cooking, but dishes like Green Chicken Enchiladas and Crisp Carrot Tacos are not to be missed. (Lauren Salkeld Yahoo)

Anyone yearning for Mexico's ubiquitous grilled, spiced yard birds can't do better than the roasted chicken in adobo from Lesley Téllez's EAT MEXICO: Recipes From Mexico City's Streets, Markets and Fondas. There's nothing immigrant or Tex-Mex or California about the recipes in Téllez's book, which can make them challenging. ... Don't despair: The champurrado (thickened hot chocolate) and huevos Montuleños are simple to make and as reliably satisfying as the versions I gulped and gobbled in tiny cafes in the Yucatán as a kid. (Cree LeFavour The New York Times)

As much as I'd love to travel to Mexico City and sample from market stall to stall, eating mole and sipping aquas frescas at countertop restaurant stands, I can recreate the flavors at home with the new cookbook Eat Mexico: Recipes from Mexico City's Streets, Markets & Fondas by Lesley Téllez. (Casey Barber Good Food Stories)

Lesley Tellez grew up in a Mexican-American home in California but didn't know al pastor (chili-marinated pork) from alambre (chopped steak with bacon, peppers and onions) when she first moved to Mexico City in 2009. Yet before long, she became a daily connoisseur of the city's massive network of street vendors, was trained at one of Mexico's premier heritage cooking schools, and started a blog, The Mija Chronicles, selected by Saveur magazine as among the top culinary travel blogs in the US. Lesley also established Mexico City's first culinary tourism business, to focus on street food, markets and fondas, called Eat Mexico. She is currently writing a series for Serious Eats about her cookbook writing experience. Vist her online at themijachronicles.com.