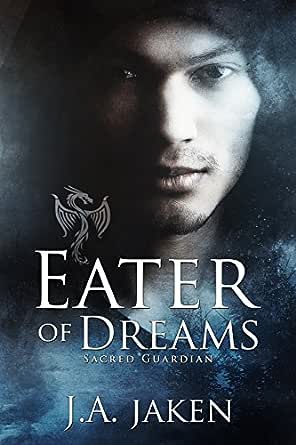 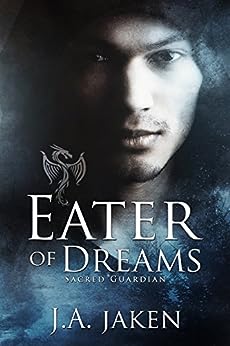 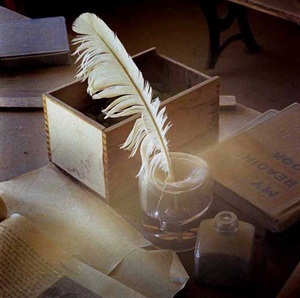 J.A. Jaken has been writing fictional stories and novels for more than ten years, most frequently in the fantasy and science fiction genres. She got her start in the profession writing slash fanfiction, where she has published numerous stories under the pen-name Rushlight. Over the years she has written short stories and novels in genres ranging from science fiction/fantasy to gothic horror to modern detective mysteries, most with at least a touch of m/m romance to them. She lives at home in the southwestern U.S. with her college-aged son, a cat, and the family Rottweiler. Outside of writing, her interests include studying foreign languages, practicing martial arts, riding horses, and collecting medieval weaponry. --This text refers to the paperback edition.

4.9 out of 5 stars
4.9 out of 5
5 global ratings
How are ratings calculated?
To calculate the overall star rating and percentage breakdown by star, we don’t use a simple average. Instead, our system considers things like how recent a review is and if the reviewer bought the item on Amazon. It also analyzes reviews to verify trustworthiness.
Top reviews

Ariel
5.0 out of 5 stars The engaging characters in this series continue to be the driving force...
Reviewed in the United States on August 14, 2017
Verified Purchase
Another great installment in The Sacred Guardian series!

The engaging characters in this series continue to be the driving force behind the story's success and enjoyment. Kaori especially continues to endear himself to the audience by being so genuine and determined to make a difference in the world.

I absolutely love that Kaori and Hunter went ahead and adopted Malo and Rin! They make such good fathers and though the scenes were brief, I really enjoyed reading about this newly formed family.

As before, the side characters were just as interesting and engaging as the MCs. I loved Ben and his charming personality. Haku is such a great character because he provides this slight dissonance within the group. He loves Kaori, who's been his best friend since childhood, and only wants him to stay safe and protected. Unfortunately for him, Kaori is determined to risk his own life to protect his people. Haku is more than willing to argue for Kaori's safety which, at times, makes him the only one against the group's plans. It was refreshing to have a character who didn't always agree with their leader's decisions.

I really really hope there's another book in the works for this series!

Alejandro Marrero
5.0 out of 5 stars Excellent
Reviewed in the United States on November 29, 2019
Verified Purchase
This series is worthy of praise. It’s a diverse fantasy adventure with good character development and a logical magical system that isn’t overly empowered over characters ‘ skills and objects of their devotion. Worth the read so read it. ;)
Read more
Helpful
Comment Report abuse

Deb Bartle
5.0 out of 5 stars Jaken delights once again.
Reviewed in the United States on April 28, 2017
Verified Purchase
Jaken continues a bold and creative fantasy series with this second book in the Sacred Guardian universe. The characters are engaging, plots twists abound, and the ending truly satisfies. A substantive second book!
Read more
One person found this helpful
Helpful
Comment Report abuse

Amazon Customer
5.0 out of 5 stars Fantastic 2nd installment
Reviewed in the United States on December 13, 2019
Verified Purchase
The first book in this series was really good. The second one soares to another level entirely. A must read for all fantasy/mm fans!
Read more
Helpful
Comment Report abuse

Chris
4.0 out of 5 stars Good Sequel
Reviewed in the United States on May 28, 2017
I was tremendously glad to see that Through the Last Door had gotten a sequel. I remember being pleasantly surprised how much I enjoyed the first book in this Sacred Guardian series, and was looking forward to seeing what more the author could do with these characters.

And for the most part, I enjoyed myself while reading Eater of Dreams. There was some interesting new characters in this story, and seeing Hunter and Kaori deepen their relationship was a huge check in the plus column. Also I must say that I absolutely adored the dragons that appear in this book. They are not really your normal fantasy-dragon fair, but I loved that they had feathers and in my mind came across as some type of missing link between the dinosaurs and birds. It was a really cool take on a creature that could have easily just been another normal, everyday, dragon and probably been just fine…but by changing things up, it really held my attention and made me want to know more about them. So kudos for that.

Plot-wise, it was kinda a retread of the conflict in book one: Kaori struggles to figure out how to be a good king while a secret power tries to take that power for themselves. Which, yeah, I was kind expecting. Especially since this book happens right on the heals of book one. Kaori hasn’t had a lot of time to win people over or shore up his support base, so it was inevitable that people were going to try and take jabs at him. I did like that there was the outside conflict of war with another country causing trouble as well, though. Having those outside players added a hint of The Unknown, and probably set up a good bit of what will probably be the conflict in book three. There were however a few good plot twists that I totally didn’t see coming and those did a lot to really hold my attention as the climax started to build. So even though I could predict a lot of what was being set up for the climax, not everything was certain, and that was good.

However there were two major stumbling blocks to this book, that kept the rating teetering on the 3.5/4 star ledge.

First…there is only a minimal amount of character growth going on with Kaori. He is a great character and I loved him in book one…but come book two I needed a bit more to happen with him. He kinda ended up in the same place at the end of this book that he was in at the beginning: recklessly putting his life in danger to protect his friends. While I’m sure that makes him a good friend/human being, it is not the most admirable trait for a king to have. And I know the author knows that because it was brought to Kaori’s attention not once, but multiple times in story. But he keeps doing it. Over and over…and I kept saying, “just wait a bit, he’ll get it, just wait…” But he really doesn’t and it made all the frustration I went through while reading the story come back tenfold. I kinda needed him to have the realization that as High King his life *is* more important than his friends. It may suck if those around him get hurt or killed, but it will not be the inciting action of a civil war. He never really got to that place, and I needed him to.

Secondly, there is a thing that happens near the end of the book. It is actually one of the really great twists so I’m not gonna spoil it. But, let’s just say that someone does something, and while I love that it totally caught me off-guard, the resolution to that particular sub-plot was near-maddening. And I think it ties back into this whole Kaori is a great guy, but a kinda sucky King thing. Kaori, I can see forgiving and forgetting, but the High King…man, I just couldn’t get behind what happened. I needed there to be some kind of consequence to the actions taken, and instead it kinda came off as after-school special. Look, I was never wanting Game of Thrones-like fantasy out of these books (no the least because I can’t stand those shows/books), but the whole “let’s wrap this up with everyone forgiving everyone and we’ll all be super great friends now” ending didn’t work for me at all.

I just…I don’t know. I guess I expected a lot more character-arc movement than I got out of this book. And the lack there of, made what was an otherwise really entertaining story a bit frustrating. I still like it, and I still really do recommend this series…but instead of ending this book salivating for the next chapter in Kaori’s life, I was kinda glad to get away from him for a bit. It doesn’t mean I won’t pick up any further book in this series, it just means I might have to readjust my expectations a bit before I do.
Read more
One person found this helpful
Helpful
Comment Report abuse
See all reviews