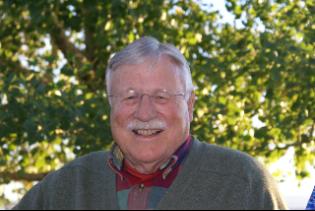 Ebola: Through the Eyes of the People Paperback – December 1, 2001

by William T. Close (Author)
4.8 out of 5 stars 7 ratings
See all formats and editions
Sorry, there was a problem loading this page. Try again.
At a Catholic Mission in Yambuku, an oasis of peace and efficiency in northern Congo's vast jungle forests, Mabalo Lokela, a teacher, receives an anti-malarial shot for a raging fever and headache. Sister Lucie, a Flemish nursing sister, swishes out a syringe with a weak disinfectant. The next patients are injected with the same syringe and the sick man's virus spreads.

Lokela was the first Congolese victim of a new African hemorrhagic disease that became known as Ebola fever. When Sister Lucie dies a few days later, panic erupts and hospitalized patients flee into the forest. With the convent connected to the outside world by a single primitive radio, the mission nuns can only pray and wonder if anyone will act on their cries for help.

"Agnes's Place" by Marit Larsen
Agnes knows she is at home before she even opens her eyes in the morning. | Learn more

Author had a good background of the country of Africa and the way of the people. -- Foreword Book of the Year Award Judge, 2003

Eloquent, gripping, and beautiful account of the real doctors, nurses, and victims who lived and died during that harrowing nightmare. -- Richard Preston, author of "The Hot Zone"

I was riveted all the way to the end. -- Foreword Book ot the Year Award Judge, 2003

This book opened my awareness to a part of history I knew little about. -- Foreword Book of the Year Award Judge, 2003

Winner of Foreword Magazine's Book of the Year Gold Award for 2002 -- Historical Fiction ForeWords Book of the Year program has become one of the most prestigious honors for university and independent presses and their authors. Awards were announced on May 30th, 2003 at Book Expo America.

William T. Close, physician and surgeon in the Congo for sixteen years, was part of the team that helped define and contain this first outbreak of Ebola in 1976. He tells this compelling story of death and true heroism through the eyes of the people who died and survived during this time of agony and fear.
Read more
Tell the Publisher!
I'd like to read this book on Kindle

William T. Close (1924-2009) was educated in England, France, and the United States. During the Second World War, he served as a troop carrier pilot in Europe. Dr. Close was a Fellow of the American College of Surgeons and a Fellow of the American Academy of Family Physicians. In May 2001, he received an Honorary Doctorate in Humane Letters from the University of Utah. Before his death in early 2009, he was a village doc in Big Piney, Wyoming, and a published author.

Prior to settling in Wyoming, he spent 16 years in Africa, arriving in the Congo just before independence and just in time for the mutinies, coup d'états, and rebellions that marked the history of that country. For the first year, he was responsible for surgery as one of only three doctors in the capital city's 2,000-bed hospital. He became the personal physician to the president and chief doctor for the Congolese Army. In 1967, he took over the management of the general hospital.

Beyond the Storm details Dr. Close's extraordinary experiences during the uncontrollable human storms that crashed repeatedly in the Congo after independence. In July of 1960 chaos erupted when Belgium turned over power to Patrice Lumumba, the first elected prime minister, but kept the keys to the nation's prodigious mineral wealth. Two men, Colonel Joseph Désiré Mobutu, the newly appointed army chief of staff, and William T. Close, M.D., volunteer surgeon in the general hospital, met, and their lives became intertwined during the next sixteen years.

In 1976, during the first Ebola fever outbreak in the Congo, he supervised logistics for the international team of scientists dealing with the epidemic. In 1995, he acted as a liaison between the Centers for Disease Control, the Zairian/Congolese government and many concerned international organizations during a renewed epidemic of Ebola. Between 1994 and 1996, he was in the Congo three times to rebuild the nine major operating rooms and emergency services in the general hospital, which had fallen into total disrepair. It was during two of those visits that Dr. Close saw his old boss, President Mobutu -- the last visit coming a few weeks before Mobutu fled the country and died of cancer in Morocco.

Dr. Close is the author of the bestseller Ebola: Through the Eyes of the People dealing with the people and events involved in the first epidemic. A Doctor's Life: Unique Stories is a collection of cameos illustrating the human aspect of medicine in New York, Africa, and the Rocky Mountains. His daughter, Glenn Close, wrote the foreword. Subversion of Trust, Dr. Close's first novel, deals with the conflict between an aggressive for-profit HMO that has taken over a regional medical center in the Rocky Mountains and the rural practices that must be acquired in order to achieve financial rewards for the managed care company's stockholders.

Through his practice, example, teaching and writing Dr. Close exemplified a professional ideal that combines scientific excellence with compassionate care. His continued contributions to the profession included mentorship, lectures, radio interviews and writings that tug at the hearts of patients, doctors and nurses caught up in the frenetic pace of the medical industry. His writings continue to be an inspiration to young people who are entering the profession at a time when patient centered care needs to be reemphasized.

For more information on the work of Dr. William T. Close, please check out the website: www.williamtclosemd.com.

Brenda
4.0 out of 5 stars A Fascinating Perspective
Reviewed in the United States on June 24, 2008
Verified Purchase
To be truthful, I was a bit disappointed when the author admitted at the beginning of the book that this was a novel. I had expected more technical information. However, the book was a very good read and gave an interesting perspective of the first Ebola outbreak from the view of the people directly involved - the villagers and the Catholic missionaries. Dr. Close bases this book on fact, but for the sake of interest, combined some characters and filled in some holes in the story with what he believes happened. Since he was there, nobody can argue the facts. The book does not give any technical information on Ebola and how it works and how it is stopped. It does however, go into decriptions of how this awful disease is spread and how it affects entire villages. Without the technical details, the book is a quick read and though a subject like this could not be called enjoyable, I found it fascinating to read.
Read more
6 people found this helpful
Helpful
Report abuse

Tifany Leigh-Logan
5.0 out of 5 stars great book
Reviewed in the United States on January 20, 2012
Verified Purchase
This book gave me great insight into the first outbreaks of Ebola from a nuns perspective. I never thought about nuns being the first line when it came to Ebola but they were. Very good read and educational. I highly recommend it to anyone interested in public health or epidemiology.
Read more
3 people found this helpful
Helpful
Report abuse

jacque
5.0 out of 5 stars Ebola: Through the Eyes of the People
Reviewed in the United States on November 25, 2011
Verified Purchase
I needed this book for a research paper at school. It was shipped out immediately and arrived at my home very promptly. The book, although used, was in excellent shape and was exactly what I needed for my paper. Thank you
Read more
One person found this helpful
Helpful
Report abuse

jdw
5.0 out of 5 stars Wow! Excellent Book
Reviewed in the United States on October 31, 2007
This is a really good book. It keeps you coming back for more without being too intense. It nicely describes the horrible nature of the epidemic without too many of the horrific details. By the end I felt like I knew the characters.
This is a really good, really well written book.
Read more
4 people found this helpful
Helpful
Report abuse
See all reviews
Back to top
Get to Know Us
Make Money with Us
Amazon Payment Products
Let Us Help You
EnglishChoose a language for shopping. United StatesChoose a country/region for shopping.
© 1996-2022, Amazon.com, Inc. or its affiliates