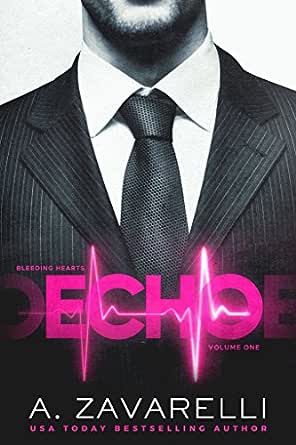 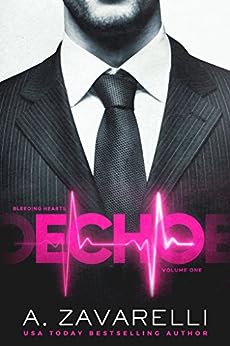 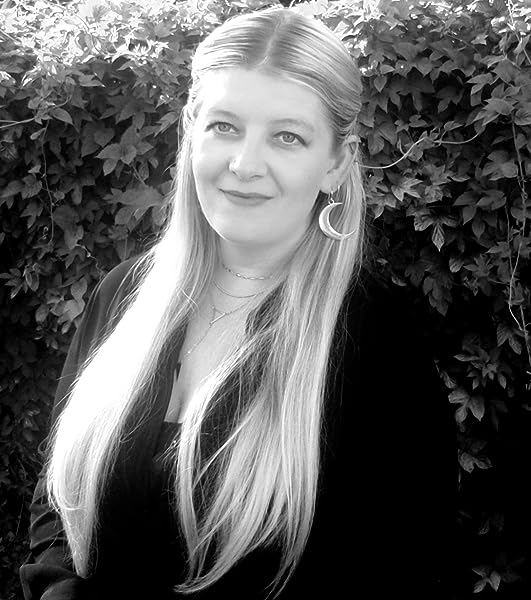 A. Zavarelli is a romance book junkie, cat lover, and traveler when plagued by intense cases of wanderlust. She likes all things chocolate, books that come with warnings, and pretty much any kind of characters that are dark and gritty. You can find more about her on her website. http://www.azavarelli.com/ --This text refers to the paperback edition.

4.4 out of 5 stars
4.4 out of 5
356 global ratings
How are ratings calculated?
To calculate the overall star rating and percentage breakdown by star, we don’t use a simple average. Instead, our system considers things like how recent a review is and if the reviewer bought the item on Amazon. It also analyzes reviews to verify trustworthiness.
Top reviews

Sofia Talley
5.0 out of 5 stars Starts weak, but turns into something irresistible
Reviewed in the United States on August 26, 2016
Verified Purchase
It started as a weak variation of 50 Shades of Grey.
1 scarred, sadistic billionaire - check.
1 innocent virgin - check.
Pain and pleasure sexual encounters - check.

I read and thought to myself, it's good, but there's something missing...
As I kept on reading, I got sucked in by the depth of emotions and the web of secrets and lies.
I couldn't stop, and couldn't get enough.
I immediately started reading book 2, which is dual narration, and all I can think of is - wow.

The romantic theme:
• Love After Loss • Enemies To Lovers

JW
1.0 out of 5 stars I guess the heroine has never used the Internet
Reviewed in the United States on February 7, 2018
Verified Purchase
I read A. Zavarelli's Boston Underworld series books and I LOVED them, so I was excited to try one of her books from a different genre. I was extremely disappointed in Echo. The plot is implausible, especially in the Internet age when you can use Google and find out anything about anyone. I understand this book is considered a dark romance. I have read many dark romances, but this book was about a twisted 28 year old billionaire (of course) who has no redeeming qualities. I didn't find him "dark," I just thought he was an @$$hole. The heroine is so naive and gullible she makes Anastasia Steele look like Anna Wintour. She is a virgin (again, of course) and she agrees to have a no-questions-asked sexual relationship with her brand new boss (the billionaire) b/c she wants to do right by her worthless, stereotypical trailer trash family. The "secrets" that are revealed throughout the book did not intrigue me. In fact, they made me even more angry with the heroine. I finished the book, hoping for some sort of redemption, but was left with the obligatory I-finally-grew-a-backbone-and-now-I-want-you-out-of-my-life cliffhanger. No thanks.
Read more
6 people found this helpful
Helpful
Comment Report abuse

JO's Book Addictions
5.0 out of 5 stars Revenge is in the eye of the beholder - 5 stars
Reviewed in the United States on December 12, 2015
Verified Purchase
A Review of Echo: A Dark Billionaire Romance (Bleeding Hearts, Book 1) by A. Zavarelli

This was the first book I've ever read by this author. The cover was the first thing that caught my eye, but it was the blurb that sucked me in so hard that I just had to get it. I was lucky to find it when it was on a special deal, so I snapped it up and started reading it right away. We first meet Brighton when she is sixteen and worried about her twin brother, who is going to be sent to prision the next day for something she swears he didn't do.

Although Brayden keeps telling her that he killed a family by running them off the road, she just knows that he couldn't have done this and he is covering for someone. He tells her that when she gets the chance to get out of the dump they have lived in for as long as she can remember, that she needs to take that opportunity and make something of herself.

He sends her outside to get away from the noise from his friends and get some air. When she goes out, she finds someone sitting in her chair, playing with her Rubiks cube. He was definitely older than them, but there was a chemical reaction between the two of them that was undeniable. She never had the chance to learn his name though, since Brayden came out just after their kiss and told her to go back inside. The stranger said they would meet again and maybe he would teach her how to play the game.

Five years and three thousand miles later, we find Brighton in San Franciso. She ends up without a job or place to stay and only the kindness of a new friend to rely on. Nicole promises to get her a job with the company she works for and offers to let her stay in her apartment as well. That's when she meets her stranger again. He is the owner of the company she is now working for. It looks like things are finally looking up for her, when the other shoe drops.

She gets a package from someone with proof that her brother wasn't driving the car that caused the deaths of the people he is in prison for. However, for this proof, he wants her to sign a contract saying he has complete control of her for the next six months.

"How far would you go to save someone you love? Would you give up your body? Your mind? Your heart? I did and it cost me everything. He says he owns me. And it’s true. I’ve signed over complete control of my body and life for six months to a man I don’t know. Five years he’s been planning this. They say revenge is a dish best served cold. But my blackmailer serves it up white hot. He’s addicted to my innocence, and I’m addicted to him. He likes to hurt me. I love to let him. He brings me to life. He sets me free. He makes my heart feel things it shouldn’t. But he also scares me. He holds the fate of my brother’s life in his hands. A life behind bars for crimes I know he didn’t commit. My blackmailer can’t give up his revenge on my family, and I can’t be with him if he doesn’t. But I’m nothing more than a butterfly caught in his net. Do I really have a choice?"

This book ends on a humdinger of a cliffhanger, so be aware of that. If you don't like to be left hanging, wait until the next book is out and buy them at that time. But, I definitely recommend this series. The characters are extremely well developed, with lots of secondary characters as well and the writing style of the author is phenominal.
Read more
25 people found this helpful
Helpful
Comment Report abuse
See all reviews

Katie
3.0 out of 5 stars liked it
Reviewed in the United Kingdom on July 28, 2018
Verified Purchase
This book wasn't as dark as I imagined it was going to be. Yes, parts of the storyline were a bit twisted but overall it was much lighter than I expected.

The book is written from the main female character Brighton's perspective. On one hand I liked this as it gave the story some mystery as to what was really going on. However, I would have liked for there to occasionally have been some chapters told from Ryland's perspective so that you could get a better insight into not only him as a character but his vengeful intentions.

I went in not realising that this was part of a series. So be warned, this does end on a cliff-hanger and it's now left me wanting to read the next book.
Read more
Report abuse

BBBf-sizzlereads-Best Book Boyfriends
5.0 out of 5 stars CAPTIVATING AND THRILLING, FILLED WITH SUSPENSE
Reviewed in the United Kingdom on June 28, 2017
Verified Purchase
Echo is Part 1 in bleeding hearts duet

What a hot read!

The story begins with Brighton as a teenager and the impending doom of her brother going into prison for being involved in the deaths of a family.

With the pleas of Brighton's brother to move away after he goes into prison for her safety she does so to then sharing an apartment and needing a job to which her new friend and flat mate helps out with. When Brighton receives a note regarding evidence that can give her brother freedom she feels she has no choice but to submit to the demands of the letter and in the process becoming the masked mans submissive which is kind of exciting and freaky in one but very hot. At this point there is only one person you know without a doubt it could be and that's her new billionaire boss Ryland.

There are so many twists and turns and a tangled web within Echo. Ryland is consumed with revenge for his family's deaths and like a pawn in a game Brighton becomes an importance piece in his execution to the destruction of Brighton's brother.

Ryland's plan is to take down Brighton's brother and all he loves but what he didn't plan on was falling for Brighton in the process.

A Billionaire out for revenge & an innocent woman caught up in a bloody revenge battle between the two men she loves.

lies,deceit,truth,lies, it's ongoing. Echo is filled with suspense, breath catching moments and I was eagerly wanting to know how it was all going to unfold.

Another thrilling and captivating read from A Zavarelli told in dual pov's. Leads to cliffhanger due to this being a duet.
Read more
Report abuse

Aliyah
5.0 out of 5 stars I love this book!!
Reviewed in the United Kingdom on January 22, 2018
Verified Purchase
In absolutely in love with this book and cannot wait to read the next book in the series and all the other books available by Zavarelli! Simply a
ADDICTING!
Read more
Report abuse

Janet
5.0 out of 5 stars Brilliant
Reviewed in the United Kingdom on October 19, 2016
Verified Purchase
This is the first book I've read by this author and I can't wait for the next 1. This is a most read and well worth 5*
Read more
Report abuse
See all reviews