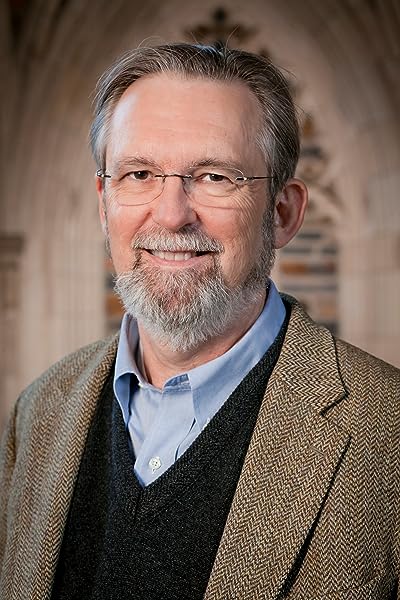 Echoes of Scripture in the Letters of Paul Paperback – January 27, 1993

"Hays has without doubt posed the right question at the right time within the horizon of a particularly important problematic. . . . A new beginning for the question concerning the reception of the Old Testament in the New."―Hans Hübner, Theologische Literaturzeitung

"This carefully argued study (which is fully indexed and thoroughly footnoted) will be of interest primarily to faculty and graduate students with interests in either biblical literature or literary methods of allusiveness. It ought to be acquired for such audiences."―Choice

"A fresh interpretation of Paul’s references to the Jewish Scriptures. . . . Written in a lively, semipopular style, this important study succeeds in showing that Paul’s scriptural quotations and allusions are often more ’polyphonic’ and rhetorically meaningful than traditional exegesis has allowed."―David M. Hay, Interpretation: A Journal of Bible and Theology

"Rich and provocative. . . . By penetrating and insightful analysis of many texts and by encouraging so many critical hermeneutical issues, Hays makes a material contribution to . . . [his] subjects."—Karl P. Donfried, Theological Studies

"A major contribution to hermeneutics. . . . An intriguing publication which combines an impeccable knowledge of academic NT criticism with wide-ranging literary interests."—Arthur Long, Faith and Freedom

"A major work on hermeneutics. . . . Hays’s study will be a work to use and to reckon with for every Pauline scholar and for every student of Paul’s use of Old Testament traditions. It is sophisticated, in both a literary and theological sense, and written with considerable wit and confidence."―Carol L. Stockenhausen, Journal of Biblical Literature

"This lively excellent book is a fine effort to link the two worlds of modern critical New Testament scholarship and literary criticism. The book is clear and accessible to the nonspecialist as well as the New Testament scholar. It is up-to-date in the two worlds it seeks to bring closer together and discriminating in its use of secondary literature from each."—John H. Schütz, Bowman and Gordon Gray Professor Emeritus, The University of North Carolina at Chapel Hill

"Written in a direct, engaging, lively manner, this is a study of great interest to literary students, whether of methods of allusiveness or of biblical literature."―Eleanor Cook, professor of English, University of Toronto

"In the letters of Paul, the serious reader is faced with the fascinating challenge of developing a sensitivity to the resonances of intertextuality, and it is here that Hays makes his weighty and exciting contribution, helping us to sense the remarkable ways in which Paul heard the voice of scripture far beyond the confines of formal citation."―J. Louis Martyn, Edward Robinson Professor Emeritus of Biblical Theology, Union Theological Seminary


Tell the Publisher!
I'd like to read this book on Kindle

4.4 out of 5 stars
4.4 out of 5
24 customer ratings
How does Amazon calculate star ratings?
Amazon calculates a product’s star ratings based on a machine learned model instead of a raw data average. The model takes into account factors including the age of a rating, whether the ratings are from verified purchasers, and factors that establish reviewer trustworthiness.

Harmonious
5.0 out of 5 stars The Word has been inscribed on our hearts
Reviewed in the United States on March 11, 2017
Verified Purchase
Near the end of the book, you will find these two sentences: "We are children of the Word, not prisoners." "Those who would be faithful to Paul's word must take the risks of interpretive freedom." Those two sentences capture the gist of this lucid, learned and, inspiring book.

Mr. Hays is an accomplished writer and thinker that, I dare to say, has been guided by the Holy Spirit. He argues that Paul's main preoccupation when dealing with the proclamation of the Gospel was to establish, through the use of Scripture, that the Christian community was a Spirit led community that had had the Word inscribed in their hearts by God. Mr. Hays shows how Paul's bold interpretation of Scripture becomes a template and an example to follow for all Christian communities when looking for guidance in Scripture. Let us heed this important message by Mr. Hays and may the Spirit of God guide our interpretation of Scripture in order to live according to the Will of God.

R McBurnett
4.0 out of 5 stars Hayes on Paul
Reviewed in the United States on October 31, 2018
Verified Purchase
Dr. Hayes is one of the most respected modern American New Testament scholars. He takes the readers through Paul's letters (at a summary level) tying them to the other books of the bible.
Read more
Helpful
Comment Report abuse

Bahij Bawarshi
5.0 out of 5 stars The word alive and active
Reviewed in the United States on April 16, 2006
Verified Purchase
Is Scripture an unchanging word, fixed in the past, or is it dynamic, alive, taking on new meanings as it addresses competent readers in the present? Who is a competent reader? And, Richard Hays asks, "If the word is so alive and active on the lips and in the hearts of the community of faith, how then must we read?" These are questions that, directly or indirectly, occupy most of Echoes of Scripture in the Letters of Paul, where Hays examines some of Paul's highly innovative scriptural readings. He treats Paul's letters as "hermeneutical events," in which Paul reinterpreted Scripture for his churches. More than is usually recognized, Paul made use of intertextuality, embedding fragments of Scripture in his own discourse; in most cases he did so allusively, rather than by direct citation - the reader has to listen to the echoes of the original text in what Paul has written. Often enough, the echo is too faint to be noted. Of one instance Hays writes, "Any reader who knows where the words come from will surely smile in recognition of the point; most readers will miss the point altogether." The immense value of this study lies in its potential to lead earnest readers to a keener appreciation of Paul, as Hays uncovers suppressed allusions in a number of examples taken from Romans, First and Second Corinthians, Galatians, and Philippians.

The effect is almost always surprising; sometimes one wonders at Paul's subtlety; at other times one asks whether it is really Hays' ingenuity that has conjured up an echo that did not occur to Paul. As it turns out, it does not matter. Hays argues that to limit the interpretation of scriptural echoes to what Paul intended is to create artificial limitations and restrict the hermeneutical freedom which Paul himself employed. For one thing, "what he intended is a matter of historical speculation;" for another, "Scripture generates through Paul new figurations." The implicit point is that a modern interpreter of Paul can learn from him how to read Scripture imaginatively, yet faithfully. This is treated at length in the fifth and last chapter of the book. Before then, in the first chapter, Hays reviews different approaches to Pauline hermeneutics and proposes his own, taking leads from literary-critical discussions of the "phenomenon of intertextuality." The following three chapters are a tour de force of riveting interpretation. If I have to single out one major theme among several - and which Hays works over and over from different angles - it would be that Paul understood Scripture (i.e., the OT) as prefiguring the church; it was neither annulled nor superseded, but pointed to the gospel as proclaimed by Paul. Hays speaks of the transforming power of Scripture rightly understood. "The meaning of Scripture is enacted in the Christian community, and only those who participate in the enactment can understand the text." He passionately pleads the same point in the page before last, a fitting conclusion to an insightful and original work: "Community in the likeness of Christ is cruciform; therefore right interpretation is cruciform. ... Any reading of Scripture that requires of us something other or less than this is a false reading."

This remarkable book has not gone unquestioned by other scholars, and has generated lively debate among Paul's interpreters. Who should read it? There is more than a hint that Hays was writing for the academic community; but non-professionals familiar with biblical (or literary) studies can read it with profit and a sense of fulfillment. All readers must bring to it an energetic and open mind.
Read more
41 people found this helpful
Helpful
Comment Report abuse

Michael Settle
4.0 out of 5 stars Hearing the right echoes
Reviewed in the United States on July 17, 2013
Verified Purchase
Richard Hays in his "echoes" and "Conversion of the Imagination" provides significant insights to Paul's use of the Old Testament. There are many perspectives on Paul these days but Hays understands the apostle rightly. What Hays does so well is not only point out the explicit OT references but the "echoes" and illusions to the Hebrew Scriptures that inform Paul's understanding of who the people of God truly are.

This is for those who want to hear.

Here is a quote he refers to in his book by T.S. Eliot
"Where shall the word be found, where will the word Resound? Not here, there is not enough silence."

And I'm only half way through reading while writing this....
Read more
One person found this helpful
Helpful
Comment Report abuse

HowDoUKnowtheBibleIsInspiredandInerrant?
5.0 out of 5 stars Good Read
Reviewed in the United States on September 22, 2014
Verified Purchase
Good read on the Letters of St. Paul. Read it over a weekend.
Read more
Helpful
Comment Report abuse
See all reviews from the United States