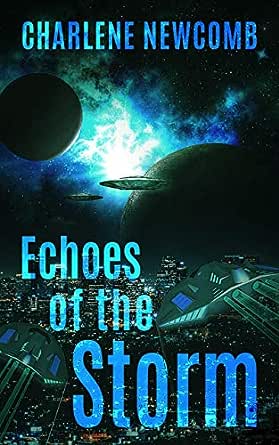 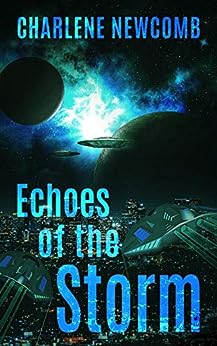 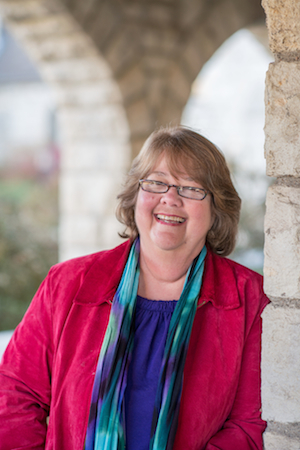 Echoes of the Storm: a Military Space Opera Kindle Edition

"This book has it all. There are desperate betrayals, extraordinary acts of heroism and a beautifully tender love story as well."--The Coffee Pot Book Club
"...a gripping adventure tale that also has romantic intrigue and a fulfilling story of a man against impossible odds."--Readers' Favorite
...action, fast-paced...a gorgeous treat for fans of science fiction."--Readers' Favorite

4.7 out of 5 stars
4.7 out of 5
4 customer ratings
How does Amazon calculate star ratings?
Amazon calculates a product’s star ratings based on a machine learned model instead of a raw data average. The model takes into account factors including the age of a rating, whether the ratings are from verified purchasers, and factors that establish reviewer trustworthiness.
Top reviews

Anna B
4.0 out of 5 stars Twists and turns in outer space
Reviewed in the United States on July 27, 2020
Verified Purchase
I have previously only encountered Ms Newcombe as a writer of Historical Fiction—well-researched stories set in the 12th century with relatable fictional characters dancing round the real giants of the times—so to discover she was publishing a SciFi book was something of a surprise.

Turns out Ms Newcombe has quite the passion for space, as demonstrated by the offhand way in which Echoes of the Storm handles interplanetary travel, various electronical gadgets, little oddities like multiple moons, bipedal wolves and what-not. Ultimately, though, it is not the technical setting as such that makes this book fly, it is the story and the characters.

Once again, Ms Newcombe delivers characters that somehow grow out of the page. The heroic and determined Jack, the equally heroic Tic (and let’s not get me started on the even more heroic Mr Payne) are fighting against the resident superpower Galilei, determined to wrest their planet out of the greedy hands of the Galilean empire. Pitted against them is a certain Ari Norse, a man who has doubly betrayed Jack: not only was he pretending to be as invested as Jack in the resistance, but he was also Jack’s lover.

As to the story, it is full of twists and turns, with Norse proving a more than capable adversary to the sheer heart of the people pledged to the resistance. This story races along and how it all ends, I leave for the reader to find out for themselves!
Read more
Helpful
Comment Report abuse

C. Harris
5.0 out of 5 stars A spell-bounding space saga.
Reviewed in the United States on July 27, 2020
*I was given an ARC for an honest review.
Echoes of the Storm is a science-fiction space novel. If you are a fan of Star Wars you will enjoy this book. The story is set in the 24th Century and Jack Gamble is fleeing his home on Torredo which is under attack by Galilei led by Jack’s once lover, Ari Norse who wants to rule the galaxy. From the very first line: “Is this how it ends?” to the end the book is full of betrayal, violence, death, destruction, politics, power, and newly formed friendships with lots of twists, turns, and tension. Brilliantly executed with well-rounded characters, and believable worlds, Newcomb does a good job showing readers what characters look like, how they think, and what they feel. And Jack Gamble feels betrayed. His mission: to free Torredo from Galilei and to rid himself of Ari Norse, no matter the cost. And he knows he cannot do it alone.
Read more
Helpful
Comment Report abuse

alias11
5.0 out of 5 stars Interesting and exciting
Reviewed in the United States on July 27, 2020
I loved this interesting and exciting action-packed science fiction novel. The author has created intriguing characters, heroes and villains, political power plays, and intense engagements. Old lovers, betrayal, and plenty of twists and turns will keep you engaged through the end. This is a completely different genre from what I have read from this author before, but the writing, descriptions, and settings are fantastic and really let the reader *see* the story.

Joscelyn Smith
5.0 out of 5 stars Absolutely Brilliant
Reviewed in the United States on July 26, 2020
A wonderful sci-fi adventure. The world-building was top-notch and the amazing characters were well-written and wonderfully engaging. The action-packed storyline pulled me in right from the first page and held me hostage until the very end, I was up well past my bedtime because I just couldn't put it down.