Ecstasy: A Novel and millions of other books are available for Amazon Kindle. Learn more 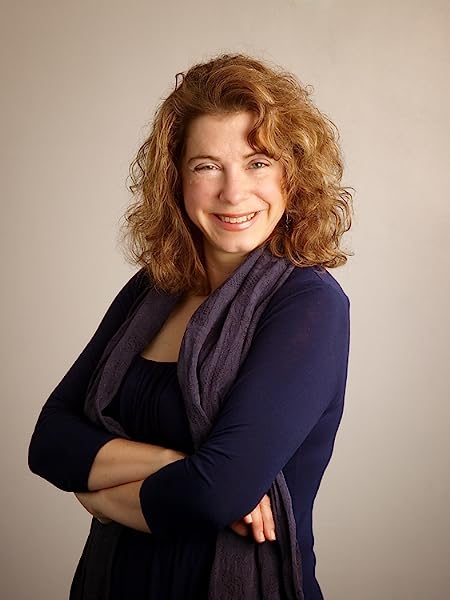 Named a "Must-Read" book by The New York Post

"Mary Sharratt has made an impressive career fleshing out the lives of women rendered one-dimensional in the pages of history...With this fine work, [Sharratt] has us wanting more."—Minneapolis Star Tribune

"Alma Mahler is certainly worthy of joining the remarkable women about whom Sharratt has previously written."—St. Paul Pioneer Press

“This winning historical novel offers an enjoyable portrait of an ambitious woman whose struggles are as relevant today as they were a century ago.”—Publishers Weekly

“[Sharratt] has in-depth knowledge of classical music and turn-of-the-20th-century Vienna…Recommended for readers who like the peaks and valleys of nonstop drama.”—Library Journal

"A novel with surefire appeal for fans of romantic women’s fiction."—Booklist

“Terrific…An intimate, absorbing portrait of a complicated woman whose talents and passions propelled her to the center of fin de siècle Vienna.”
—Christina Baker Kline, #1 New York Times best-selling author of Orphan Train and A Piece of the World

“In Ecstasy, Mary Sharratt plunges the reader into the tumultuous and glamorous fin de siècle era, bringing to life its brilliant and beguiling leading lady. Finally, Alma Mahler takes center stage, surging to life as so much more than simply the female companion to the brilliant and famous men who loved her. Sharratt's portrait is poignant and nuanced, her novel brimming with rich historic detail and lush, evocative language.”
—Allison Pataki, New York Times best-selling author of The Accidental Empress

"Sharratt has composed a passionate symphony for Alma Mahler, a woman who was more than a muse to the greats. She was also a talent in her own right, stifled by society and the passions of the many men who pursued her. This heartfelt, feminist tribute makes for a compelling and sophisticated tale!"
—Stephanie Dray, New York Times best-selling author of America's First Daughter

“Evocative and passionate, Ecstasy illuminates through its tempestuous and talented heroine a conundrum that resonates across the centuries: how a woman can fulfill her destiny by being both a lover and an artist.”
—Jenna Blum, New York Times best-selling author of Those Who Save Us and The Stormchasers

“A tender, intimate exploration of a complicated woman, Mary Sharratt’s Ecstasy renders in exquisitely researched detail and fiercely imagined scenes the life of Alma Mahler — daughter, wife, mother, lover, and composer — and the early 20th Century Vienna and New York in which she came of age. I loved this inspiring story of an early feminist standing up for her art.”
—Meg Waite Clayton, New York Times best-selling author of The Race for Paris

“Alma Mahler’s unexpected, often heartbreaking journey from muse to independence comes to vivid, dramatic life. Sharratt skillfully evokes turn-of-the-century Vienna and the musical genius of the era, returning Alma to her rightful place in history as both the inspiration to the men in her life and a gifted artist in her own right.”
—C.W. Gortner, best-selling author of Mademoiselle Chanel

“Mary Sharratt has more than done justice to one of the most interesting, shocking, and passionate women of the 20th century. Overflowing with life and lust, Ecstasy explores this flawed but fascinating woman.”
—M.J. Rose. New York Times best-selling author of The Library of Light and Shadow

“A deeply affecting portrait of the woman rumored to be the most notorious femme fatale of turn-of-the-century Vienna. Mary Sharratt’s Ecstasy is as heartbreaking and seductive as Alma Mahler herself.”
—Kris Waldherr, author of Doomed Queens and Bad Princess

MARY SHARRATT, the author of seven critically acclaimed novels, is on a mission to write strong women back into history. Her novels include Daughters of the Witching Hill, the Nautilus Award–winning Illuminations: A Novel of Hildegard von Bingen,The Dark Lady’s Mask: A Novel of Shakespeare’s Muse, and Ecstasy, about the life, loves, and music of Alma Mahler. She is an American who lives in Lancashire, England.

Start reading Ecstasy: A Novel on your Kindle in under a minute.

4.1 out of 5 stars
4.1 out of 5
78 global ratings
How are ratings calculated?
To calculate the overall star rating and percentage breakdown by star, we don’t use a simple average. Instead, our system considers things like how recent a review is and if the reviewer bought the item on Amazon. It also analyzes reviews to verify trustworthiness.

Kindle Customer
2.0 out of 5 stars Such a disappointment
Reviewed in the United States on July 9, 2018
Verified Purchase
The perfectly gorgeous cover of Ecstasy is almost the best thing about this book. It had been on my wishlist for a few months, so when it went on sale, I snatched it up.  I'm a sucker for books about the fin de siecle, Vienna Secession, etc., and this fictional biography of Alma Mahler seemed exactly the sort of thing I'd gobble up like popcorn.  Eh, not so much as it turns out.  Though I've never subscribed to Alma as bitch-goddess, I felt that Sharratt went overboard trying turn her into a long-suffering near saint, who cleaves to her self-involved genius of a husband to the detriment of her own creative drives.

Alma was no saint. But I think I could have forgiven the attempts at rehabilitating Alma's reputation if the narrative hadn't been so wildly over-wrought, reading in some places like a really bad romance novel.  Klimt's kiss awakens her, losing her virginity to Mahler makes her a woman at last. (It's actually unlikely that Mahler was the first. She probably took Alexander von Zemlinsky as a lover well before she met Mahler.) Sex is always a transcendent, earth-shattering experience in this novel, and I found myself muttering, "Oh God, not again!" every time Alma experiences another spiritual awakening.

The portrayal of young Alma very nearly made me stop reading.  She comes across as an idiot teen. While this may be accurate, it's not all that interesting.  And even later, as an adult, her bouts of introspection which seem to make up the bulk of the narrative are annoying and repetitive. By the time she met Walter Gropius I was skimming the book, and while I found it odd that it effectively ended with Mahler's death (implying, I thought, that the only truly interesting thing about her was her relationship with him) I have to say that I don't think I could have tolerated fifty more years of transcendent sex, and hand-wringing about her music.
Read more
18 people found this helpful
Helpful
Report abuse

Tinney S. Heath
5.0 out of 5 stars An absorbing book
Reviewed in the United States on June 5, 2018
Verified Purchase
Ecstasy sparkles like the turn-of-the-century Vienna it depicts. A city that pulsed with energy, artistic innovation, and a passion for beauty seems the only possible setting for the story of Alma Schindler Mahler, a complex and fascinating woman unfortunately better known today for her unconventional life than for her talent and passion for music.

Yet Alma's gifts often threaten to be her undoing, and this Vienna harbors a pervasive misogyny as well as a disturbing shadow of antisemitism never far from the surface. It's no wonder Alma's life was turbulent. The reader feels the frustrations and the can't-get-there-from-here quality of her quest for art and for love, and we find ourselves admiring her stubborn unwillingness to choose between them.

In addition to telling the story of a creative woman ahead of her time, the novel depicts a flawed marriage that was nevertheless enduring and intense.

Alma is an unforgettable character, but the secondary characters are also deftly drawn. My personal favorite was Natalie Curtis, the delightfully independent American musicologist whose breeze directness is refreshing. She reminds us that Vienna, despite its rich artistic climate, might not have been quite as modern as its denizens thought.

For all her sufferings, there is something ultimately triumphant about Alma's determination to remain true to herself.
Read more
9 people found this helpful
Helpful
Report abuse

Women's History Woman
5.0 out of 5 stars Irresistible, wonderfully written, compelling and delightful.
Reviewed in the United States on August 13, 2018
Verified Purchase
Utterly delightful. Sharratt is gifted at creating characters that jump off the page and hook the reader immediately, and her incarnation of the fascinating Alma Mahler is the first one to finally do justice to a brilliant, compelling and complicated woman. An irresistible and wonderfully-written novel that readers won't be able to put down.
Read more
Helpful
Report abuse

Amazon Customer
4.0 out of 5 stars Enjoyable historical novel
Reviewed in the United States on April 19, 2019
Verified Purchase
Enjoyable book. Story of artists, musicians and painters, around the late 19th and early 20th centuries based on the life of a young woman involved with various artists, in spite of considerable talent of her own.
Read more
Helpful
Report abuse

D Jeanne Banks
4.0 out of 5 stars Masterful!
Reviewed in the United States on August 20, 2018
Verified Purchase
Mary brings to life a complex person. I loved Alma, but wanted to strangle her at the same time. Her privileged life, her self absorption, but her genius. Mary brings her to life
Read more
Helpful
Report abuse

Jaymie K Burkhart
2.0 out of 5 stars Trite
Reviewed in the United States on April 7, 2019
Verified Purchase
The protagonist is a 2-dimensional stereotype of a post adolescent woman. The other characters never fully materialize.
Read more
Helpful
Report abuse
See all reviews

Tonin Adair Baxter Davies
5.0 out of 5 stars Beautifully written
Reviewed in the United Kingdom on January 6, 2019
Verified Purchase
A wonderful read about the Mahler’s life, inspiring me to listen to their music otherwise unknown to me. Beautifully written and based on accurate, well researched historical fact. A must read for anyone who enjoys a good historical novel.
Read more
One person found this helpful
Report abuse
See all reviews

Page 1 of 1 Start overPage 1 of 1
Previous page
Next page
Pages with related products. See and discover other items: alma mahler
Back to top
Get to Know Us
Make Money with Us
Amazon Payment Products
Let Us Help You
EnglishChoose a language for shopping. United StatesChoose a country/region for shopping.
© 1996-2021, Amazon.com, Inc. or its affiliates