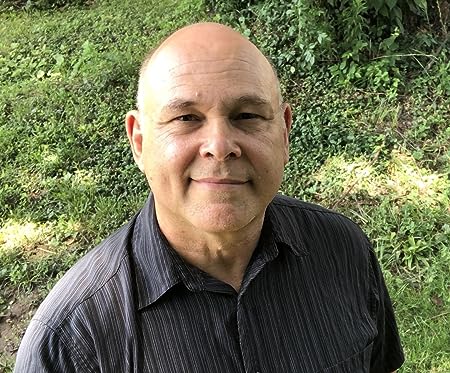 After a career in the auto industry, Ed Faunce pursued his passion for writing as an intern for his local university's media and marketing department. His short stories and articles have been featured in various local and national online websites, as well as science fiction anthologies with other authors. Ed teaches speech, and business communication for Indiana University Kokomo, and can also be seen acting in television commercials, music videos and Disney fan films on YouTube. 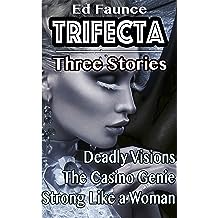 Trifecta: Three Stories Aug 2, 2018
by Ed Faunce
( 4 )
$1.99
A strong female cop has a brain tumor that allows her to read the mind of a serial killer. A gambler discovers a magic slot machine that grants his wishes. A courier for the Spanish Underground in WWII finds romance while sharing dangerous information. Life is a gamble for these three. Who wins? Find out in Trifecta: Three Stories by Ed Faunce.Deadly VisionsKatie Smith is a young cop with a brain tumor. After a botched brain scan she can now read the mind of a serial killer as he stalks and tortures his victims, driving her close to insanity. Along with fighting her disease Katie has to deal with the disbelief of her psychiatrist, Dr. Shultz, and her ex-police partner, Josh Miles. Katie is on the edge of her dwindling physical and mental resources as she uses her visions to stop the “ Open Trail Park Killer” before he kills again.The Casino GenieHerb is a gambler that has lost everything: His health, his wealth and the woman he loves. His neighbors hate him, his ex-wife thinks he is irresponsible, and his relatives enable his vices. Everyone around Herb is drawn into his world of good luck turned bad when he discovers a magical genie slot machine at his favorite casino. The Casino Genie grants Herb's desires but the results come with bitter consequences. Strong Like a WomanRamon is playing a dangerous game in Franco’s Axis Spain during WW II when he finds unexpected romance passing information for the Spanish Underground. His passion for Delores, the recent contact in Barcelona, will reveal how much he really can trust himself as he discovers her most intimate secrets.
Read more
Other Formats: Paperback 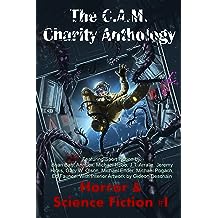 The C.A.M. Charity Anthology (CAM Horror and Science Fiction Book 1) Jun 8, 2017
by Michael Robb, Brian Barr, Matt Broadway, J.T. Arralle, Jeremy Hicks, Gary W. Olson, Michael Ender, Michael Pogach, Ed Faunce, Ani Fox
( 4 )
$4.26
All of the CAM Charity Anthologies are made up of donated short fiction stories. Some of these tales are written by well-known authors, others by ordinary people who just want to try and make a difference. 100% of the profits from these collections will go to charity as explained below.

Michael Robb Mathias Jr. aka M. R. Mathias, owner of Mathias Publishing, is producing the C.A.M anthologies in honor of his mother, Carol Ann Mathias, who passed away in 2017 after a grueling five year battle with cancer. The profits of these collections will be divided equally, each year, between three of her favorite charities.
https://www.smiletrain.org/
https://www.stjude.org/
https://www.petsmartcharities.org/
(Each of these three organizations has an A or A+ rating with www.charitywatch.org/charities a "watch dog" group that rates these non-profits based on several criteria, the most important being percentage of donations that reach the intended ones in need.)

A collection of Fantasy stories is also available and we hope there are more volumes to come.

With Interior Artwork by
Gideon Deschain