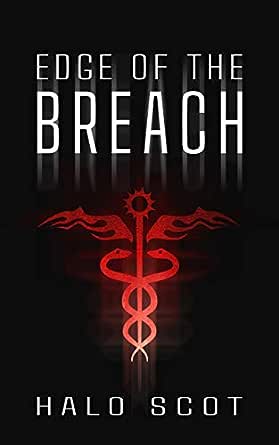 You've subscribed to Rift Cycle! We will preorder your items within 24 hours of when they become available. When new books are released, we'll charge your default payment method for the lowest price available during the pre-order period.
Update your device or payment method, cancel individual pre-orders or your subscription at
Your Memberships & Subscriptions
There was an error. We were unable to process your subscription due to an error. Please refresh and try again. 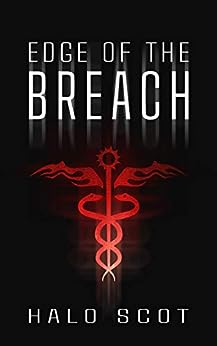 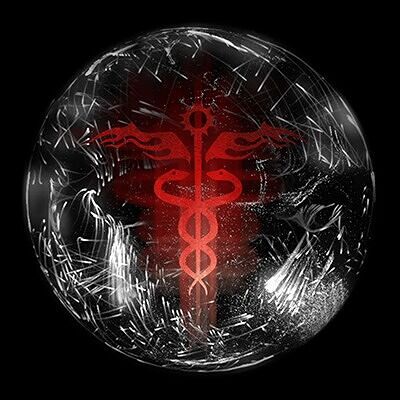 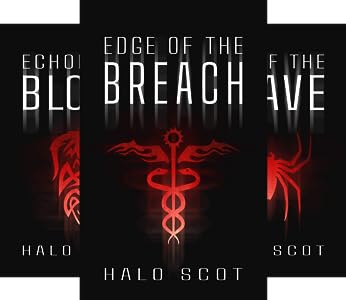 4.6 out of 5 stars
4.6 out of 5
92 global ratings
How are ratings calculated?
To calculate the overall star rating and percentage breakdown by star, we don’t use a simple average. Instead, our system considers things like how recent a review is and if the reviewer bought the item on Amazon. It also analyzes reviews to verify trustworthiness.

A.K.
5.0 out of 5 stars Absolutely brilliant
Reviewed in the United States on January 12, 2020
Verified Purchase
I am BLOWN AWAY!

This book was sooooo amazing. The writing style was clean and delved into 4th wall, which was very original. The world building was perfectly explained throughout the story, keeping me both informed and entertained without too much at once.

Told from dual alternating POV's, Rune and Kyder were both easy to develop an attachment to from the start. Each with vastly different childhoods, they both held mage powers and were meant to meet, fulfilling a wordly need.

My absolute favorite part of this book was the author's ability to get me to hate a character, yet absolutely sympathize and wish good things for by the end. That takes a lot of skill and intense character development. It was brilliant.

I'm amazed to know that this is the first book by this author. It definitely will NOT be the last that I read. It gripped me and wouldn't let go!
Read more
5 people found this helpful
Helpful
Report abuse

Sahreth 'Baphy' Bowden
5.0 out of 5 stars Dark, Romantic, Thrilling
Reviewed in the United States on January 12, 2020
Verified Purchase
I absolutely love this book! Set in a fantasy world where each person has their own form of magic based on the season to which they were born, it follows Rune, a girl born on Winter Solstice, and Kyder, a boy born on Summer Solstice. The two's powers are much greater per their birth directly on solstice. Each journey through their own kind of tragic lives in this dystopian world until finally stumbling upon the other in an intense, fateful meeting. The depth to their characters is incredible; their paths, actions, and the development of their psyches insanely (poor choice of words) realistic. And dark; very, very dark. I honestly cannot say enough good about this book. No dull moments whatsoever. I NEED more! I'm over eager to read the next book.
Read more
3 people found this helpful
Helpful
Report abuse

A. Lima
5.0 out of 5 stars A Gripping & Immersive Tale of Darkness & Light
Reviewed in the United States on January 20, 2020
Verified Purchase
I absolutely loved this book. The world and its mythology were fascinating and immersive—a unique take on a post-apocalyptic world with an interesting magical structure and beautiful imagery. There is an over-arching conflict which is original and very cool. But most importantly, it’s the characters that gripped me. The author breathed them into life, and while watching them on the page, you are transported into their world and into their souls.

There are layers upon layers of thoughtful response to what has shaped them and motivates their decisions. Yet on the surface, you still can enjoy a fun (if not sometimes cruel) ride through their growth as the world impacts them. There are some dark themes and concepts so masterfully told you won’t be able to turn away, even in the face of morally-objectionable actions.

It takes a certain talent to endear you to severely flawed characters, and Halo’s got it. I found myself rooting equally for the morally-sound and the despicable. Always feeling there’s redemption to be found for the wicked, and miles to fall for the good. I loved the dichotomy between the two main characters, which touches on the concept of nature vs. nurture but more poignantly illuminates the sliding scale between good and evil.

I will read this book again and again, and look forward to the next one.
Read more
2 people found this helpful
Helpful
Report abuse

Walter Wright
5.0 out of 5 stars A grim-dark sci-fi novel that will shock and delight!
Reviewed in the United States on April 30, 2020
Verified Purchase
Honestly #WritingCommunity.... there were moments I was shocked to the core of my soul, other moments in which I was emotionally overwhelmed. But I was always eager to read the next page. The character Kydar is deep down bat sh*t crazy, wickedly evil, and dangerous to the core. Rune has her issues as well but hers are understandable matters of the heart. How Rune sees any good in Kydar is more than I can rationally understand at this point in time. The book certainly didn't end as I was thinking it would and that's probably a good thing. I am so ready for the second book of this series! It is rare that I give a book five stars but this one deserves it! Don't hesitate, order it now, you won't regret it! ⭐️⭐️⭐️⭐️⭐️ W. Wright (Brimstone's Knight Trilogy)
Read more
One person found this helpful
Helpful
Report abuse

Lavendar Lilly
5.0 out of 5 stars Beautifully written post-apocalyptic novel.
Reviewed in the United States on February 1, 2020
Verified Purchase
I love post-apocalyptic and dystopian literature, especially when the broken world offers something unique. The world in Edge of the Breach is one after nuclear destruction and continental shift, yet the nuclear fallout has given people magical powers instead of mutating them into what we normally see in post-nuke fiction. Add in the gods, and this world becomes something not quite beautiful but something haunting. I don't know quite how to describe it. The descriptions and world building in this novel are solid.

The characters also experience the world in a raw way, and the reader feels their emotions easily. I really hope that more books come after this one because I want to read what's next. Very much a recommended read.
Read more
One person found this helpful
Helpful
Report abuse
See all reviews

Chris Hooley
5.0 out of 5 stars This Book is Amazing!
Reviewed in the United Kingdom on March 25, 2020
Verified Purchase
The book is everything you want an adult novel to be and more!

The characters are complex and highly original - this novel would be great as a TV series (Amazon and Netflix, you need to get the rights to this book). I loved Kyder and Rune (for very different reasons) - I wanted them to have a different outcome, but I understood and enjoyed the ending.

The world building created by Halo Scot (@halo_scot) is probably the best I’ve read since Tolkien. I know that Halo Scot will become a household name and I am honoured to have found this book before it becomes insanely popular - I hope that makes me cool by association.

I don’t like spoilers in reviews so I’m only going to include a brief highlight of a touching scene - Au revior, mon frere. 😭

I’m really looking forward to the next instalment... here’s to hoping it doesn’t take too long to arrive.

I bought the Paperback version and it’s totally worth the extra money. It looks great.

H. Lales
5.0 out of 5 stars Wow!
Reviewed in the United Kingdom on December 21, 2020
Verified Purchase
Intense but incredible, violent but vibrant. This is seriously good. Have to warn you though, it's very graphic and gory. A lot of sexual and intimates moments too, which surprised me a little bit because I've never seen this kind of thing so predominant in a book for a very long time.

I have to say, the descriptions and the emotions are insanely vivid. There's a certain way Halo Scot writes that really puts an image into your head.

This was such a crazy story to read though, the way the pacing was matched perfectly with the situations. I don't know how I felt about the characters breaking the fourth wall and talking to the reader at the end though. It felt really weird, but at the same time I feel like it was an extra layer of Kyder's intelligence. A genius so genius that he's aware his in a novel.

This book was one hell of a ride. Seriously blown away by how good it was.

What can I say except...

Jules5691
4.0 out of 5 stars This will take you to the edge of your taboo zone, and maybe beyond...
Reviewed in the United Kingdom on May 8, 2020
Verified Purchase
A rugged story written from the heart with superb penmanship. Be warned, it dips into some very dark psychological places which many will find uncomfortable. It treads where other novels fear to tread, and leaves you rather stunned. At times the author speaks straight to the reader, something which is generally "not done" these days but I applaud his boldness. A strong message which jangled my awareness.
Read more
Report abuse

Conor Bredin
5.0 out of 5 stars A gripping, violent, graphic and thrilling read.
Reviewed in the United Kingdom on July 30, 2020
Verified Purchase
This highly original book blurs the sometimes strongly divided line between sci-fi and fantasy. Scot created a really unique world that blends the two. Set many years in the future where humans are all but extinct, living in the Antarctic, and the season you're born in defines powers you have.

Throughout the book I was repulsed by the actions of some characters but never once did I dislike them. It's astounding how Scot can create a character that would be the clear inexcusable villain in any other book but is somehow a character we as the reader empathises with. Can't wait for the next instalment of the Rift Cycle!
Read more
Report abuse

Rory
5.0 out of 5 stars Breaking the rules beautifully.
Reviewed in the United Kingdom on February 4, 2020
Verified Purchase
How far can someone fall? Is the darkest soul capable of redemption?

A fascinating read, following the story of two broken souls struggling to find their way in a complex and destructive world. Fun, frightening, and satisfying, I can't wait to read more in this series.
Read more
Report abuse
See all reviews