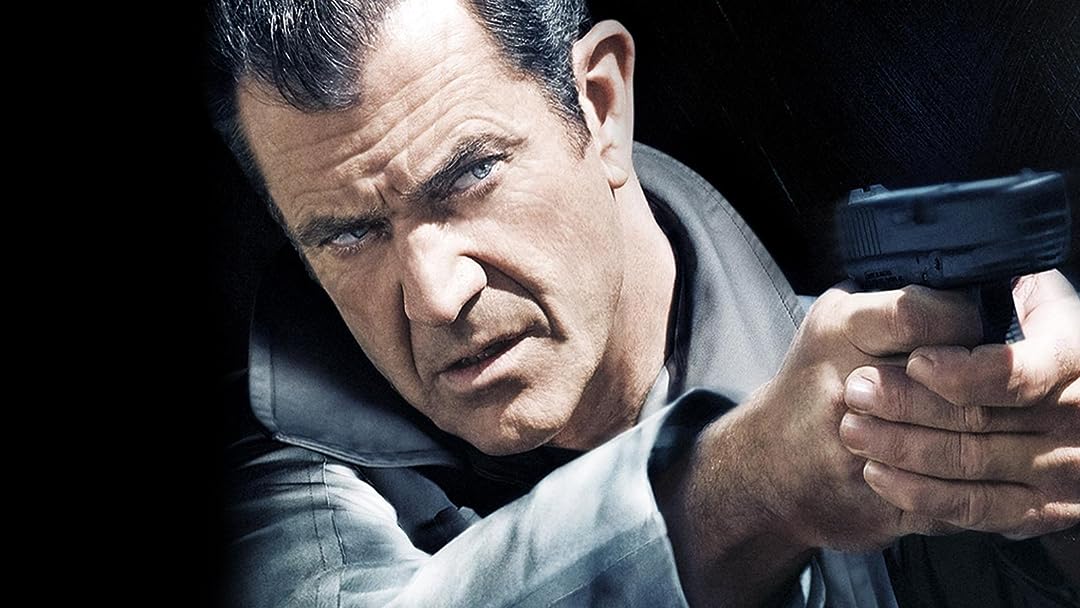 (2,952)
1 h 56 min1943X-RayR
As homicide detective Thomas Craven investigates the murder of his activist daughter, he uncovers a corporate cover-up and government conspiracy that attracts an agent tasked with cleaning up the evidence.

Mary AnnReviewed in the United States on October 12, 2022
4.0 out of 5 stars
Kept the Suspense
Verified purchase
Entertaining

Kindle CustomerReviewed in the United States on August 5, 2013
4.0 out of 5 stars
Good Conspiracy Drama
Verified purchase
It is a good conspiracy drama but not a very coherent conspiracy. In fact, as stated, insofar as any trouble was taken to explain it, hardly a conspiracy for Evil at all. It's true that I don't pay much attention to these explanations in films or thriller novels. I won't go into the old 'guys in prison gag', but the truth of it is, I have heard so many of these through the years, that all I require is that they tell me, ' Conspiracy 353', and I immediately gear up without the necessity for any long-winded explanations. Presumably, we have all been trained to this by the time we reach voting age.
At any rate, what we do know is that Mel Gibson, Boston Cop, has seen his daughter shot down on his doorstep. The figuring is, that it was a failed attempt to get Mel, but things look differently once he begins to investigate. Gibson is fine as the Cop and Father, and there is some very solid support by a handful of featured players, and competent work by the remainer. Having just learned that this is based on a BBC television extended mini-series, I now understand the somewhat choppy nature of the screenplay; however, any elision of matter is hardly missed, at least by those like myself, who have never seen the original.
As played here, my personal feeling is that there was a bit too much heart and flowers in those remembered scenes with the daughter growing up: topping that by far, however, were the archaic early 20th Century scenes with the imagined daughter, particularly the last such; it brought back memories of Lionel Barrymore, Edward G. Robinson, Spencer Tracy and cadres of others in the silent and talkie era, who had to play that sort of thing straight. Takes a good actor not to gag on it.
Never mind, though, the movie is a good take on the old 30's cops and dirty politicians theme, the 'conspiracy' stuff is simply a translation of the old Mob-City Politicos and Dirty
cops theme, and it will likely hold the average viewer's interest throughout.

Joe M.Reviewed in the United States on September 22, 2022
3.0 out of 5 stars
Was not what I expected
Verified purchase
I recommend reading all reviews before purchase

southasiaReviewed in the United States on June 19, 2010
5.0 out of 5 stars
Gibson is back, better than ever
Verified purchase
Mel Gibson plays Tom Craven, a Boston police detective in this brilliant (and topical) political thriller. This movie is like a sock turned inside out from the original BBC production. In the original, it's a British detective who solves the mystery of his daughter's death with the assistance of an American agent, played quite ably by Joe Don Baker. This one exhibits an American police officer and an emotionally complicated British agent (Ray Winstone).

Of the two, I find the Mel Gibson one to be much better. That probably shows my American bias, but the original was a 6 hour miniseries. I can't watch cricket either. I also encourage everyone to watch the original. The complicated relationship between Baker and Peck gives us a deeper insight into the human condition, asking the question "What is right?" Both characters have deep cultural bonds, and both carry out their actions for different reasons. One for simple revenge, the other becomes a dangerous idealist. The ending to the original is slightly different, much more poignant.

Both have similiarities in story line, though the American cop has many more action-oriented scenes than the original. Mel Gibson gives us a stunning and brilliant portrayal throughout the film. His Boston accent is perfect, and the supporting cast does a wonderful job, particularly the witty yet sparse banter between Gibson and Ray Winstone. Unlike the original, however, there's not much time to show how their relationship changes both of them, the American and the Brit, the agent and the policeman. I enjoyed the end scene with Ray Winstone. It's surprising. But both films offer wonderful scenes of the main character having conversations with his dead daughter, sometimes tender, sometimes conflicting.

I put this movie on the same level as almost all of Mel Gibson's work: well worth watching.

Joe seoReviewed in the United States on January 21, 2020
1.0 out of 5 stars
Awkward B movie with horrible script and direction
Verified purchase
This is one of the few films that were so unnatural, contrived and terribly written, acted and directed that I had to just quit watching this drivel and look up the director - whose most popular films were Goldeneye (not that bad) and Green Goblin - a disaster. This is of the latter sort and don't be fooled by the reviews and the waste of a talented cast.

Gibson plays Craven, a man bent on getting the men who killed his daughter. He's really a terribly written character who seems to treat everyone else like crap and it's impossible to sympathize with our "hero." The dialogue is stilted, awkward and makes the acting stilted and a constant reminder that actors are trying to act. Stupid, mindless scenes ensue and I'll give you a few ideas why you want to avoid this movie without spoilers.

When our hero finds someone of interest, a totally mindless fight occurs where the person is in brain dead fight mode and eyes rolled up in his head. It seems every character is directed to be super intense to the point of disbelief. And even more bizarre is the constant "I can't tell you" but hey, if you hang around enough I'll sort of tell you part... because otherwise you wouldn't be able to get to the next scene.

When Gibson investigates a company, he somehow just can waltz in and speak to the top banana. The conversation is preposterous and the final response by the top banana is... so preposterous and stupid I just had to wonder whether this is a student film maker running the show. Later confrontation is equally ludicrous, as if Gibson, a police detective, bears no repercussions for his actions that would violate every right of the average citizen and end a prosecutor's case because of blatantly obvious police misconduct which is police TV 101.

At the midpoint of the film it became clear I didn't really care what happened. Ray Winstone enters the picture a little earlier for purposes that are unclear and seeming to serve no point but to add mystery and drama. The role he seems he is supposed to play seems at odds with what happens in this movie as our protagonist is on his hunt.

This is a total stinker for anyone with a brain who doesn't like phony, bad TV crime dramas where the good guy knocks out the bad guy with a fake looking fist fight and the villain is then seen shaking his head in submission and regret. This is a stinker. Don't be fooled.
4 people found this helpful

Tom kochReviewed in the United States on June 8, 2022
5.0 out of 5 stars
great action and surprises
Verified purchase
Ditto
One person found this helpful

Stephen FenskeReviewed in the United States on January 20, 2020
5.0 out of 5 stars
Easy to watch thriller that keeps you wondering if all of the bad guys are really going to get it
Verified purchase
This movie popped up in my feed as a "because you watched..." item.
As a Mel Gibson fan, I took the chance, and I was not disappointed.
His daughter is the light of his life; and that shows in the start of the movie, and their relationship with each other.
Her death marks the decent into darkness for our title character. He does all he can to avenge her.
He plays a Boston Police Detective... not afraid to bend the rules and very accustomed to the bad actors who would abuse power and manipulate people.
One of the pseudo bad guys (he doesn't see himself as bad) actually tells another bad guy... you don't understand that you can't make your problems go away by just killing those people. They have family, they have friends....
Mel Gibson is the family member who has a gun too.
It's worth your time.
16 people found this helpful
See all reviews
Back to top
Get to Know Us
Make Money with Us
Amazon Payment Products
Let Us Help You
EnglishChoose a language for shopping. United StatesChoose a country/region for shopping.
© 1996-2022, Amazon.com, Inc. or its affiliates